Home Dog Videos Siberian Husky Meets A Snake And Her Calm Reaction To It Is...

Dogs may not be able to speak as a way to communicate, but what they lack, they make up for in intuition. They have superb instincts that basically tell them what to do.

We think that’s what this Siberian Husky named Meeka went with when she met a snake for the first time. She must have sensed it wasn’t dangerous, and it didn’t place her hoomans in harm’s way. 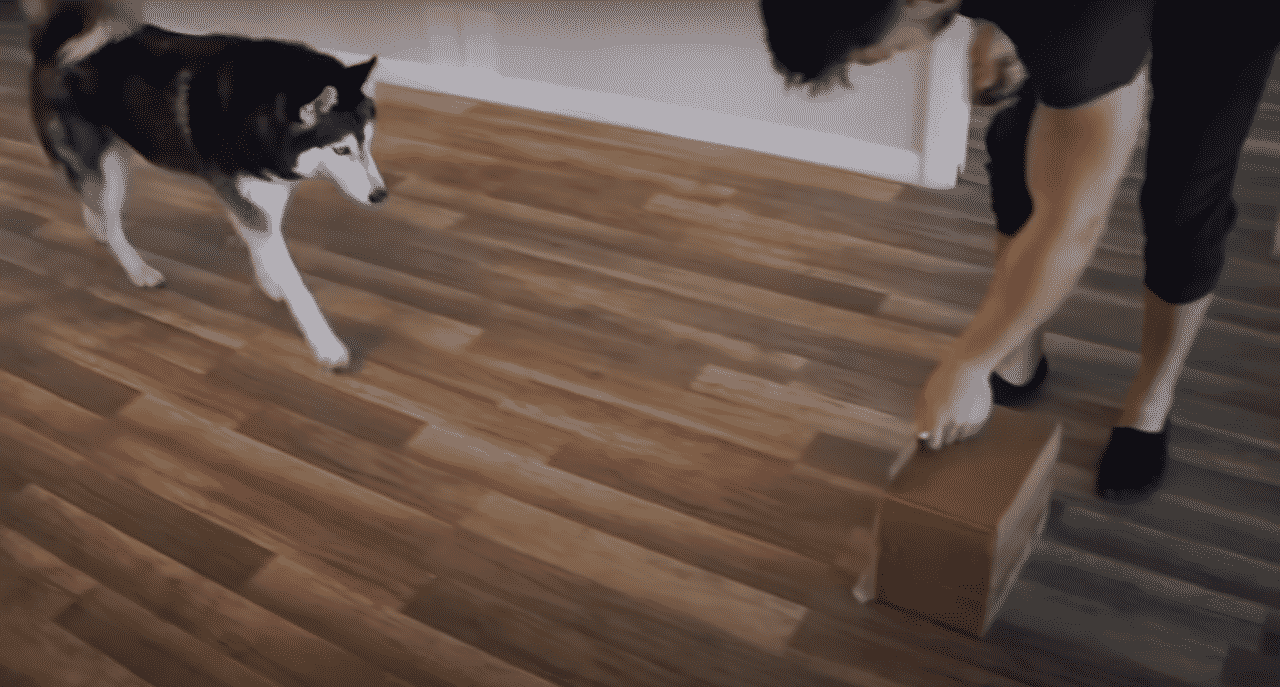 Perhaps it’s the knowledge that the toy snake came from a box that helped Meeka make her on-point decision. Sure, mom and dad wanted to surprise her, and she was, but she didn’t let it show.

Instead, Meeka calmly checked the toy out. It had a red light, and it moved like those slithering things, but it didn’t smell like one. The pet slowly followed it around, curious to find out what it really does. 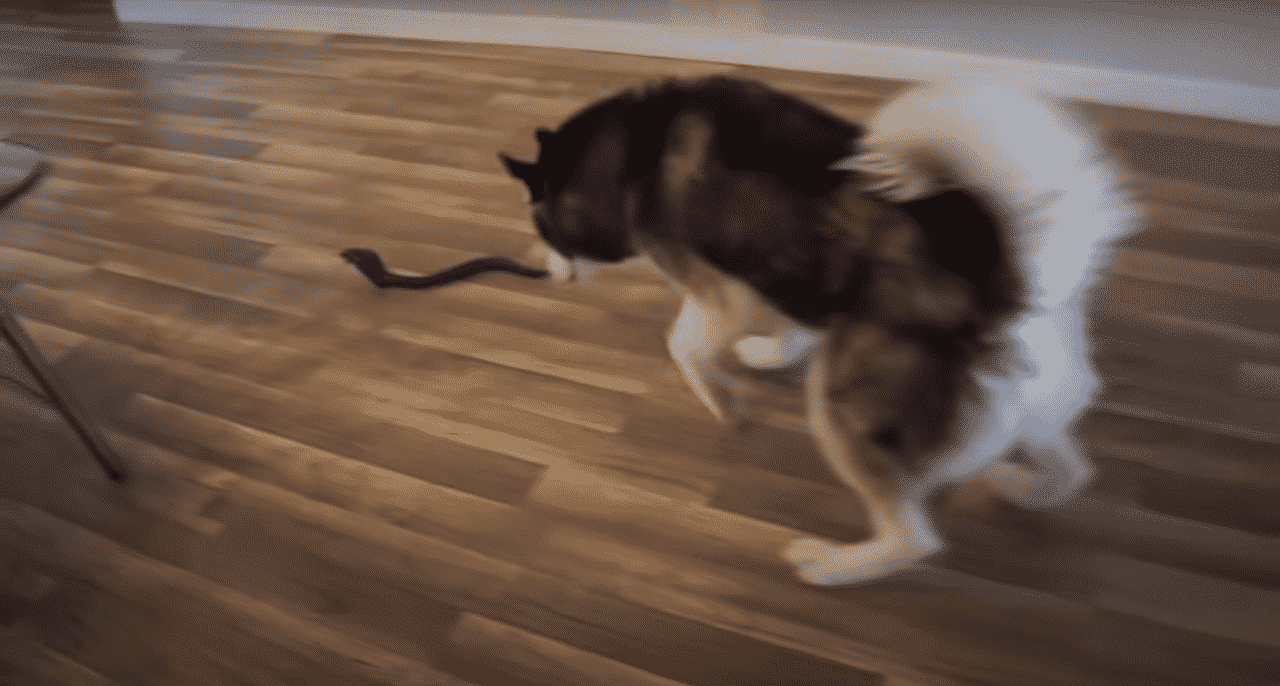 Well, it sure wouldn’t curl up and strike you like the real ones, pet. It would just slither around and hiss with its fancy lights, but nothing much that would harm you.

Perhaps Meeka wondered if this toy could become her new playmate. We think the answer to that depends on whether you’d like it to be your pal, doggo! 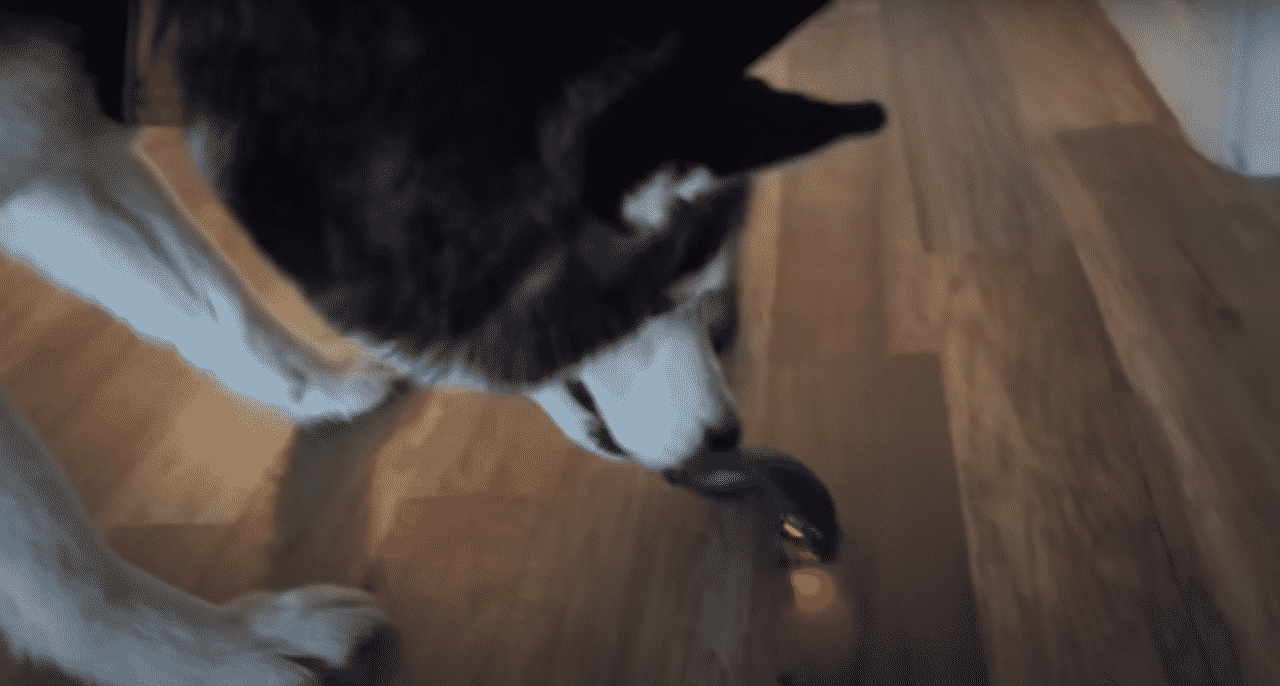 Mom and dad added a level of difficulty to Meeka’s training, and so they introduced the pet to another toy snake. This time, the thing was in the garden, and Meeka was ready for it.

The Husky rushed at the snake, stomped on it, and then after a couple of seconds, the toy’s tail was broken. We guess you’ve mastered the art of fighting snakes off, pet! 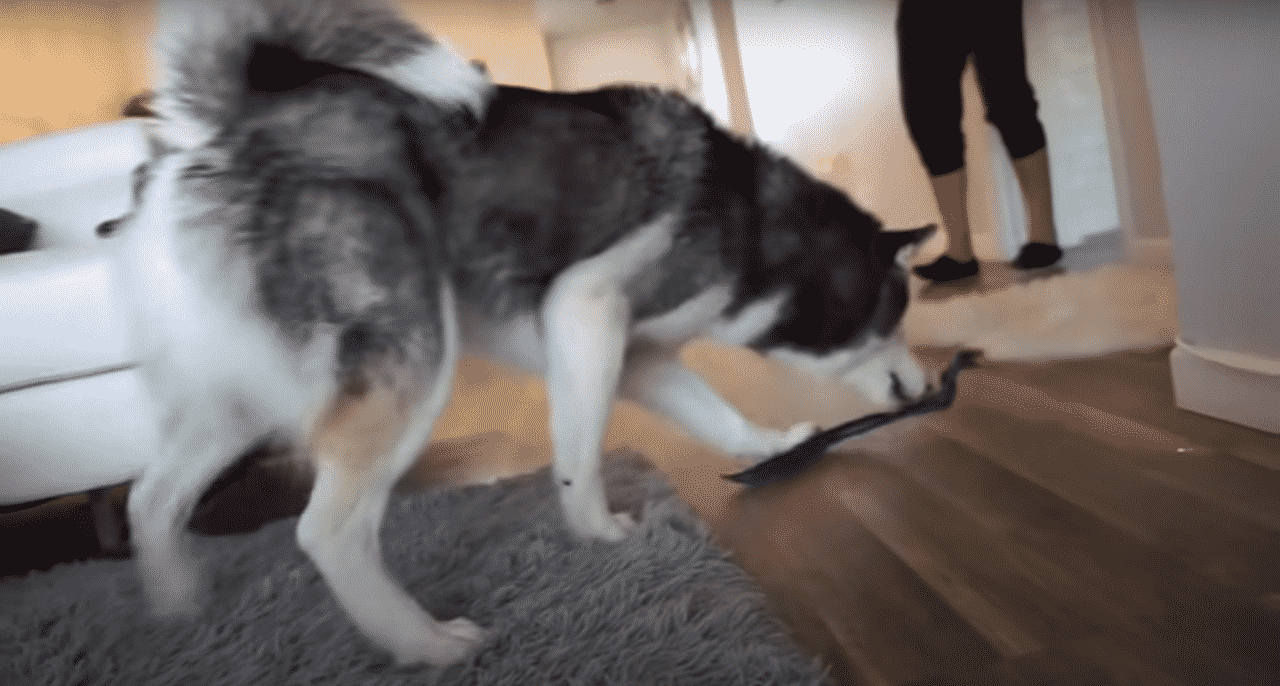 We hope that training gave you the confidence and caution to fight off real snakes. We don’t ask that you ever face one, but with your skills, we hope you overcome the real slithering ones if it comes down to it.