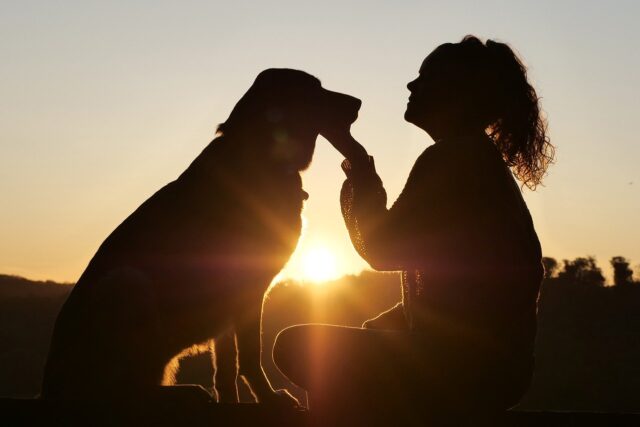 When stray dogs are rescued but are found to be severely injured, most vets would recommend euthanasia to prevent the dog from suffering any further. Treatment for dogs with terrible injuries can be quite expensive that some dog owners would prefer euthanasia than spending a significant amount of money to treat their injured pet.

A dog named Deuce was rescued as a stray. When Deuce was rescued, he was lying on a ditch with both legs on the left side of his body severely injured and infected. A woman named Jean Gibowski runs a dog rescue group called Camp Jean Dog Rescue.

When Jean first took Deuce in, she was sure that there was no other possible treatment other than euthanasia for Deuce. However, when Jean took Deuce home, she observed that Deuce was walking around and not using both his injured legs on the left side of his body.

For Jean, there was suddenly hope for Deuce, and she immediately took Deuce to the vet. The vet amputated both the injured legs on Deuce’s left side. It wasn’t even 24 hours after Deuce’s surgery when Deuce surprised everyone, including Jean.

Deuce showed everyone that he can still function as a normal dog, even with two of his limbs missing. Deuce proved that nothing is impossible. Deuce runs around like any other dog that if you don’t look closely, you might not see that he’s missing two of his legs.

Jean took videos of Deuce happily walking like a normal dog. When she posted Deuce’s videos and photos on the internet, it went viral almost overnight. Deuce became a celebrity, and Jean received a lot of messages about Deuce inspiring them not to give up.

All hope to save Deuce’s life was lost because of how horrific his injuries were. However, thanks to his determination and his will to live, Deuce made Jean realize that he wasn’t going to give up so easily. Despite his injuries, Deuce showed that he wants to live. After his surgery, Deuce thrived and served as an inspiration to everyone who sees him. Here’s an inspirational video showing Deuce refusing to give up on life even after getting terribly injured.