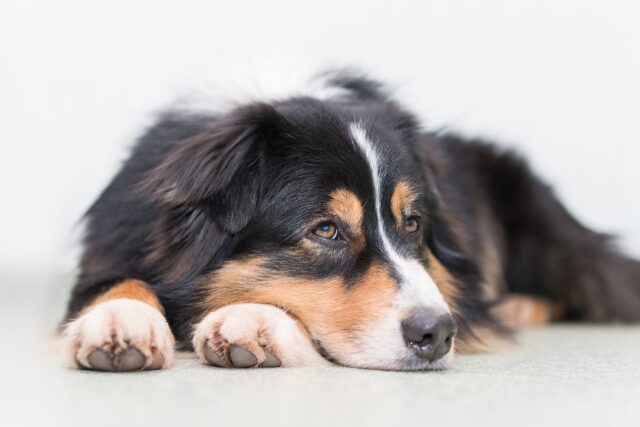 Dogs are incredibly smart creatures that quickly learn the concept of every skill taught to them. No matter how intricate the task is, our canine pals manage to perform it flawlessly.

Thus, it’s no wonder an Australian Shepherd understands that their kitchen is a no-go zone. Despite fur dad’s several attempts at enticing the dog to enter the area, the Aussie refuses to deviate from what’s taught to him.

In this incredible footage, a grey-furred Australian Shepherd named Morty lies on the floor. Right across Morty, his fur dad stands on the floor while presenting a purple toy to him. 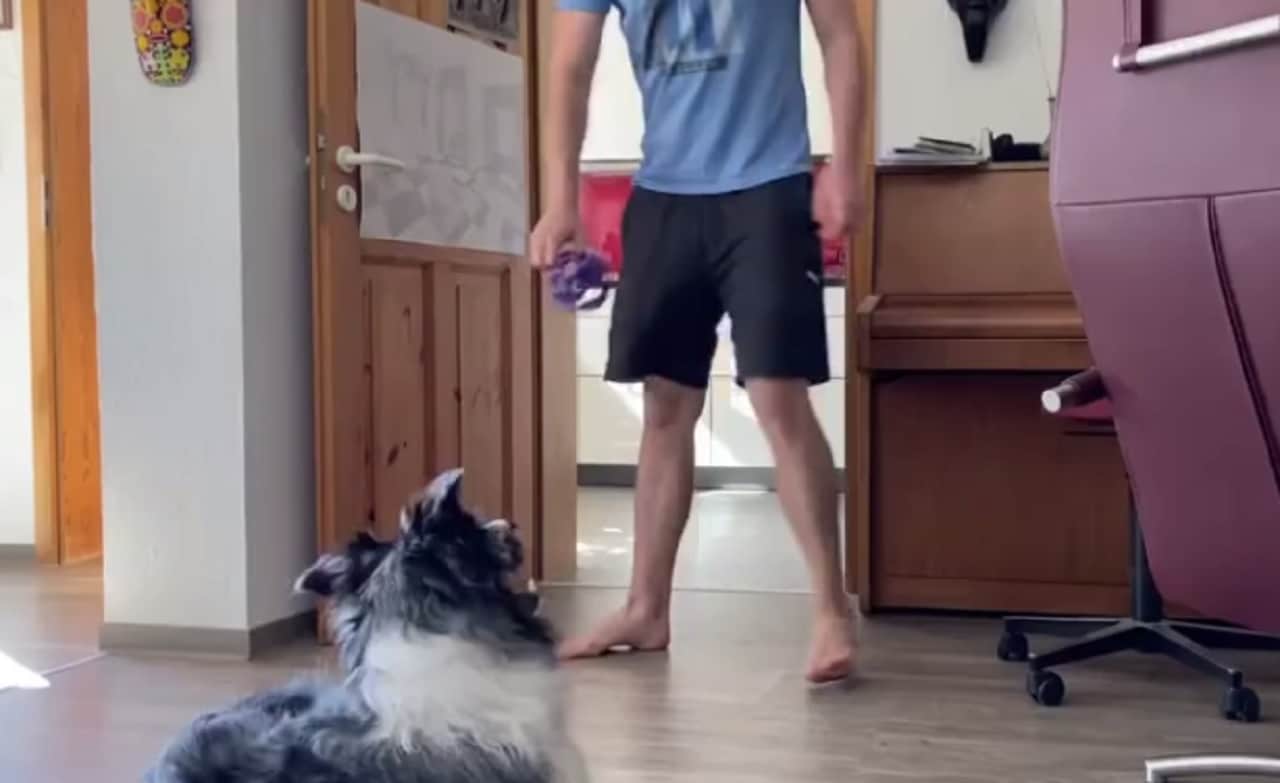 By the looks of it, Morty and fur dad play an exciting game. Without wasting any second, Morty approaches Dad and reaches the purple toy he’s holding.

No matter where Dad goes, Morty’s sure to follow while clinging onto the toy. Yet, when Dad strolls into the kitchen, the witty Aussie immediately lets go of the toy and stands by the entrance.

Come on, bud. Let’s go inside the kitchen.

Seeing how Morty reacted, Dad can’t help but smile. Yet, it looks like Dad wants to test the Aussie further as he once again approaches him.

And, just like earlier, Morty lunges for his toy. But, the moment Dad walks towards the kitchen, the canine immediately relinquishes its hold on the toy and stares at him. 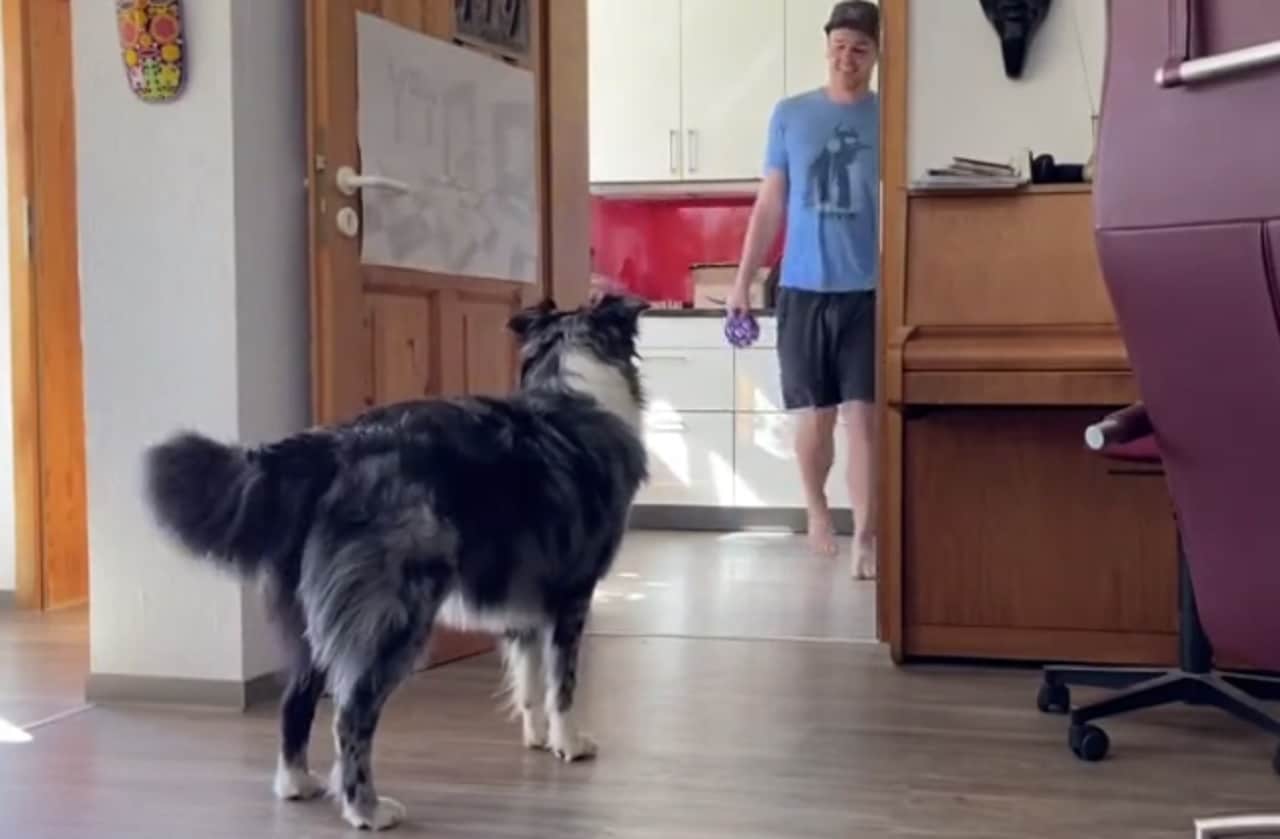 Dad even tosses the toy into the kitchen, but Morty merely gazes at the rolling object. The pup only fetches the object when Dad throws it towards him.

It seems Morty knows that he isn’t allowed inside their kitchen. But, even if Dad already knows how disciplined the Aussie is, he continues testing Morty as he walks him with a leash on.

Do you think Morty still upheld his discipline when Dad once again entered the kitchen area? You’ll only see this fantastic Aussie’s reaction by watching the video below.