Dogs are some of the most caring animals anyone can find. No matter who they hang out with, our canine pals make sure to let the other party know their feelings for them.

Thus, an adorable pair of pugs chill out on their comfortable mattress. But, it looks like one of the pups can’t hold its emotions any longer as it tenderly kisses its sibling even as it sleeps.

I love you so much!

In this adorably heart-melting video footage, two pugs lie comfortably on a cozy mattress. The pug lying belly side up is Waffles, while the pug hovering on Waffles is Oreo. 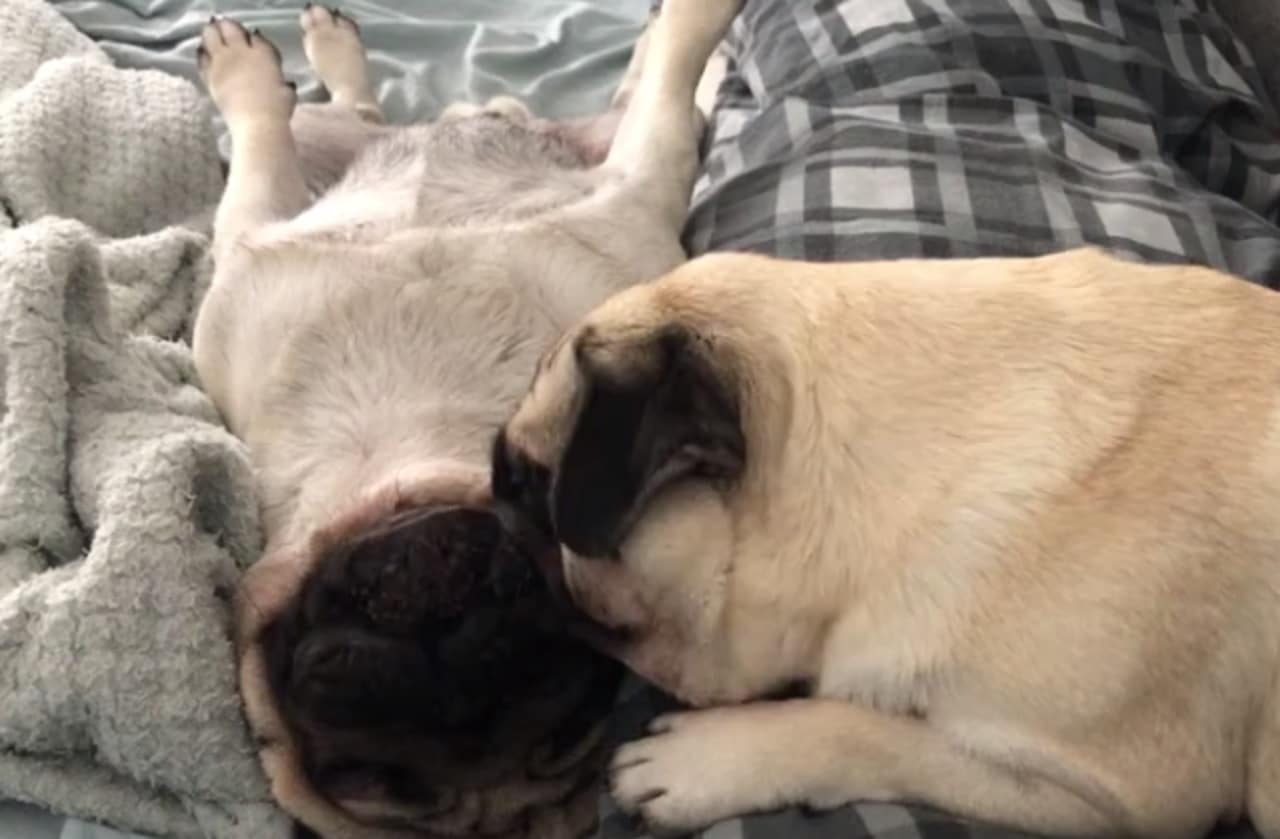 By the looks of it, Waffles and Oreo spend some quality time sleeping together. Though it’s already siesta time, Oreo can’t hold his emotions as he starts affectionately licking Waffles’ face.

Most dogs by now would’ve snarled at Oreo for interrupting their nap, but Waffles’ tolerant of his sibling’s gestures. Though he’s already asleep, Waffles readily welcomes his brother’s kisses.

As the video progressed, Oreo doesn’t show signs of stopping any time soon. As the emotional pug cuddles with the sleeping dog, Waffles merely continues with his slumber.

At some point, Oreo shifts his position to gain more access to his brother’s adorable cheek. After settling in his new location, Oreo resumes with his incessant kissing of Waffles’ cheek. 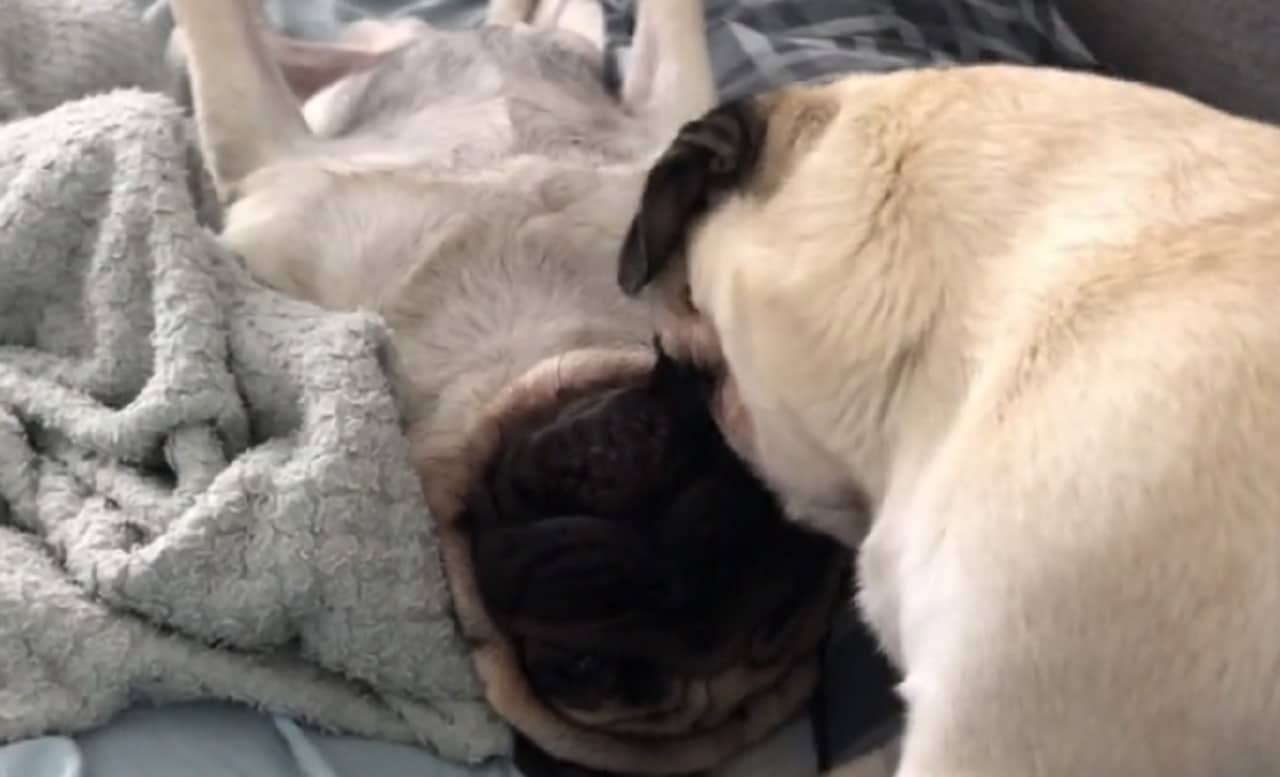 Oreo carries on snuggling with Waffles, refusing to stop expressing his love for his brother. And, it seems Waffles also feels the same way for Oreo as he tries to place a slobbery kiss on Oreo even in his sleep.

Though there’s not much happening during the video, one cannot help but gaze mesmerizingly at the two doting dogs. Thus, if you don’t want to miss these loving canines’ precious moments, click the play button in the link below.