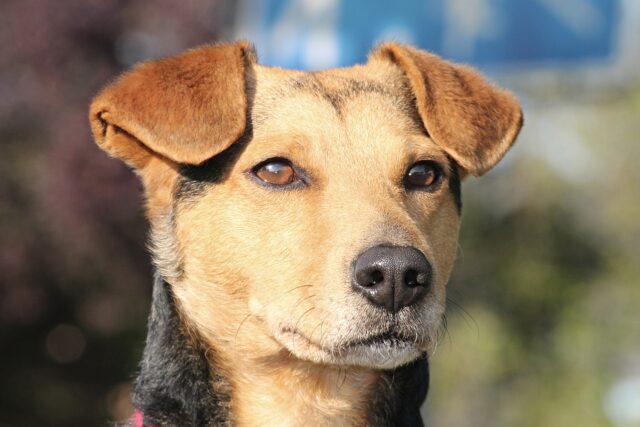 When it’s our first time meeting a person, we sometimes hesitate to interact with them. Though the person doesn’t do anything to alarm us, we can’t help but feel wary.

But, it seems a dog also feels the same way when it meets an adorable donkey trio during one of their trips. Though the donkeys merely watch the canine, it seems the pup can’t muster enough courage to start a conversation with them.

In this adorably amusing footage, a cream-furred canine named Golfo stands on a dirt road. Across the adorable dog, one can see three donkeys staring at him. 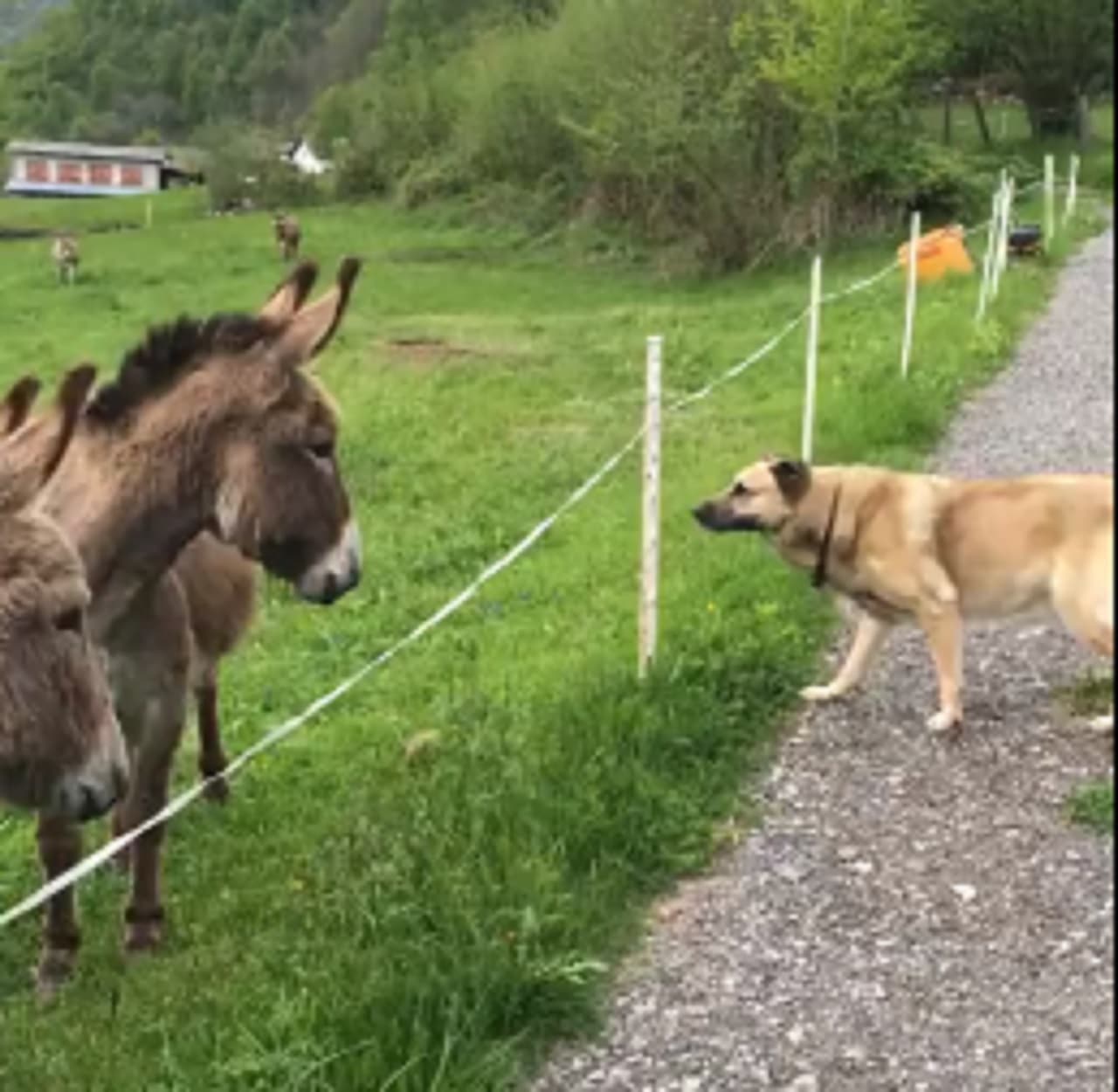 At first glance, you’ll think Golfo and the donkey trio hold an animated conversation. Yet, it seems the dog’s hesitant to move closer to the exciting animals as he merely sniffs them out from a distance.

For the next few seconds, Golfo continues sniffing out the donkeys, ultimately drawing their attention. Seeing the new arrival in their area, the donkeys then slowly approach the friendly canine.

It seems it’s only a few seconds away before the donkeys and Golfo start animatedly conversing with each other. Yet, as one of the donkeys slowly makes its move, the bewildered canine immediately runs off and puts a safe distance between them.

Seeing how the pooch reacted, the donkey trio can’t help but look confused at its reaction. Even if the donkeys merely observe him, Golfo can’t bring himself to approach them. 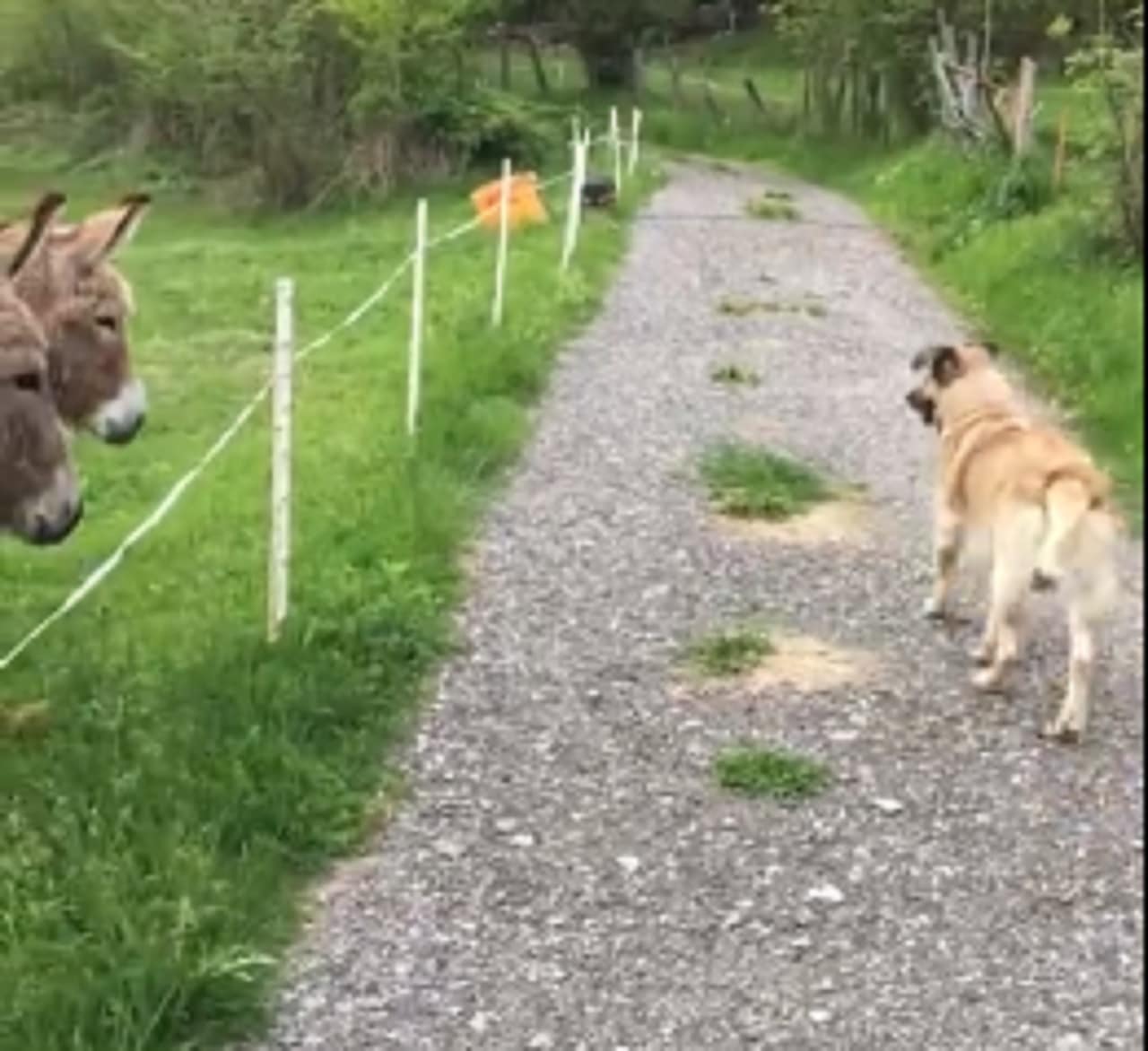 With this, Golfo’s fur mom decides to step in and encourage the wary doggo to converse with his new friends. And, it seems Mom’s persuasions worked their magic as Golfo slowly makes his way towards the curious donkeys, but still keeping a distance from them.

How do you think Golfo’s second attempt at befriending the donkeys went? It’s best to see how this story ended by watching the full video below.