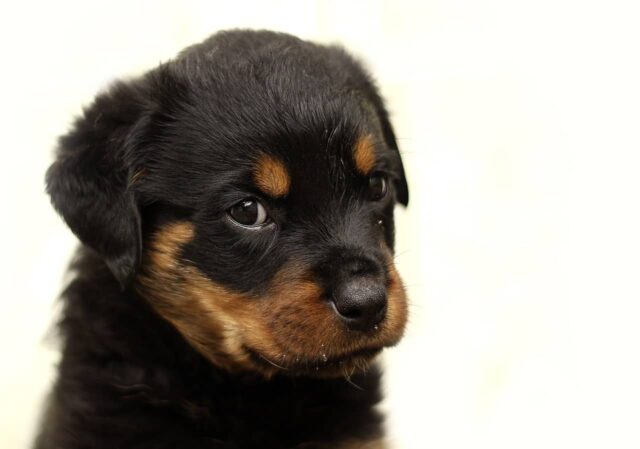 When you walk down the busy streets of Los Angeles, the last thing you’d expect to see is a pint-sized puppy. Sure, there are a lot of unusual sights here and there, but a puppy? Nah.

That’s what was going on in Officers Tavera and Mercado’s heads when they saw the tiny fur ball following them around (see below). The devoted officers from the Los Angeles Police Department were patrolling the streets when they caught sight of the pup. They were on Hobart boulevard when the whole thing happened.

The puppy probably sensed that he was in the company of good people because he didn’t run away when he saw the officers. In fact, he was giddy that his efforts of tailing them paid off. He couldn’t stop wagging his tail when the two officers approached him.

Officer Mercado was smitten when he saw the pupper. He immediately scooped the fur ball and carried him to the police car. He and Officer Mercado then made their way to the station so they could take a closer look at their new furry friend.

Once they got there, they conducted a background investigation to make sure that they didn’t grab someone’s pup. The results showed that the puppy did have an owner, but that person no longer had the capacity to take care of him. Since the poor thing desperately needed someone to care for him, the officers decided to tuck him under their wing. They also named him “Hobart,” after the street where he was found.

Officer Mercado had every intention of turning Hobart over to a shelter, but he ended up adopting him instead. He and the other officers also agreed to appoint Hobart as their station’s honorary K-9. The puppy loved all the attention he was receiving from everyone, but what thrilled him the most was finally having a place to come home to. Well, that and having Officer Mercado as his fur dad.