Anyone who has experienced it knows too well the full-time job of a parent. Having children, or even a single child, can be a daunting task and a huge responsibility. Parents all over the world are tasked with the safety of their children, guiding them through the early part of their lives, and helping them grow and be independent. They have a lot on their plate and they have to do it every single day.

These principles also hold in the animal world, with multiple species doing what they can to raise their children. Funnily, animal families can also behave the same as human families. 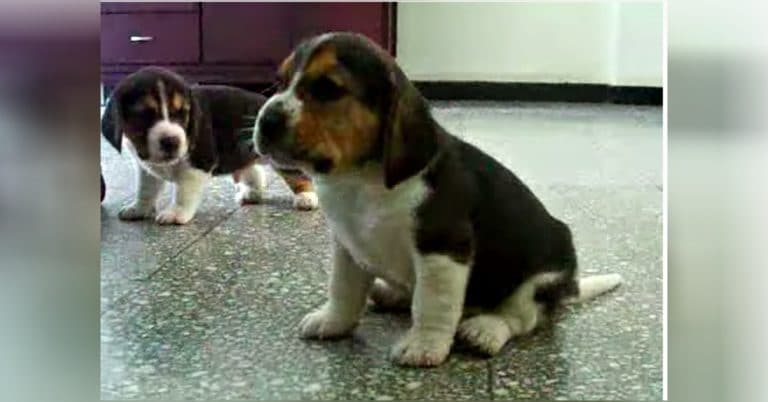 Brothers and sisters tend to fight.

Though they love one another and will protect each other, they enjoy arguing, squabbling, and bickering. Often it comes down to the mom or dad to stop them.

That’s what happened when two adorable puppy siblings got into a fight. 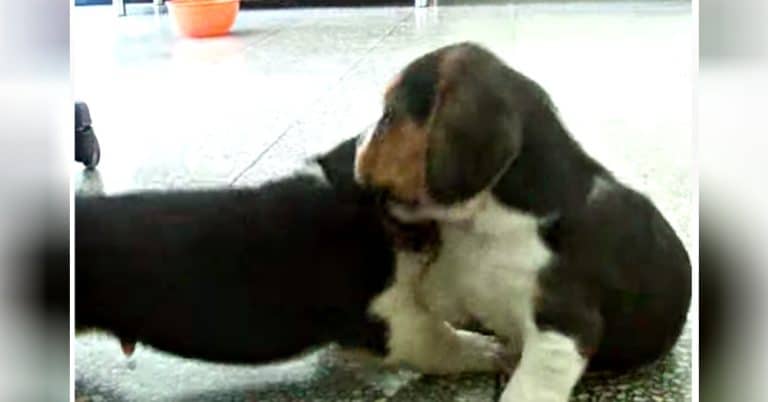 The entire event was recorded, with it starting with two beagle pups walking and sniffing around the room.

A few moments later, one of the pups and sat down and was minding his own business, until his brother came and had his ideas. The second pup was looking at his brother, then lowered his head and charged his brother to start the fight.

They both started growling and biting at each other, which caused a lot of noise that drew mom’s attention towards them. 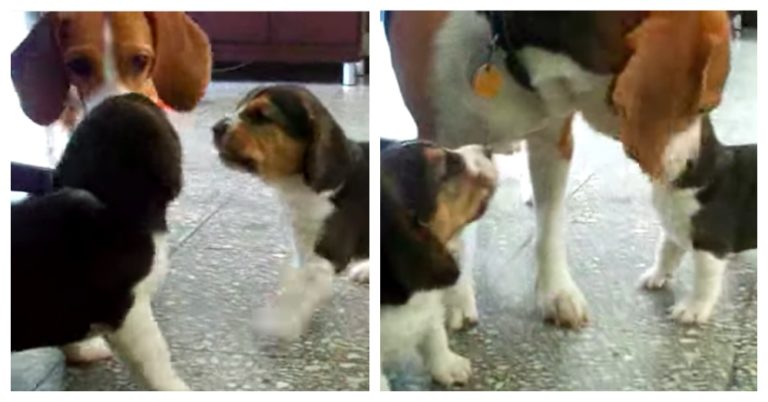 When their mom arrived and looked at them both sternly in the eye, the pair stopped fighting immediately and began acting all cute and innocent.

It’s both fantastic and funny to see them stop fighting the moment mom comes over. Other mama dogs may have needed to growl and bite at their children. She has stopped a few fights in her life.

Watch the siblings fight in the video down below.