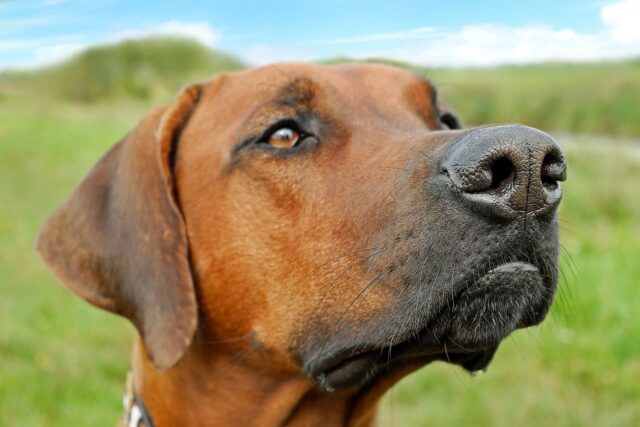 Cali was a former stray dog that was adopted by the di Bartolo family from Long Island, New York. She lived happily, adored by her owners, their kids, and another rescue dog. Both dogs were treated as if they were their owner’s children too.

That is why the di Bartolo’s were full of grief when they learned that Cali was stolen from their suburban home. They tried everything to locate their dog, but they always ended up with nothing. Two years later, they had a very emotional reunion. But it seemed that their problems were not done yet.

A young naval recruit who was driving home from her base in Virginia stopped at a gas station just outside New Jersey. While filling up her vehicle with gas, she noticed a severely emaciated dog, barely dragging herself inside the property.

Taking pity on the weak pooch, the young lady called a nonprofit rescue group called Broken Promises Sanctuary. After telling them about the situation, they both agreed that the naval recruit would drive the dog over to the group’s shelter.

Once Cali was turned over, vets gave the dog emergency medical care and did a series of tests. They then cleaned her up and gave her some food. When they scanned her for a microchip, the shelter staff was overjoyed to find that she had one.

They got in touch with the di Bartolos who have moved to North Carolina.

Cali’s family was stunned that after two years, their dog was found. But at that time, the dog was still too weak to travel. So she stayed with the rescue group until she was strong enough to make the journey.

Cali grew healthier, but it seemed that she still had some health problems. At times, blood would ooze out of her nose. She underwent an examination again, and they discovered that she has cancer growing in her nasal cavity. But still, they made good on their promise and sent Cali back to them.

The charity organization then helped the family look for a specialty vet clinic near their area. They have also started looking for funds for the poor dog.

Cali and her family are back together again, and her owners have vowed to do everything that they could to help their dog overcome her new dilemma. 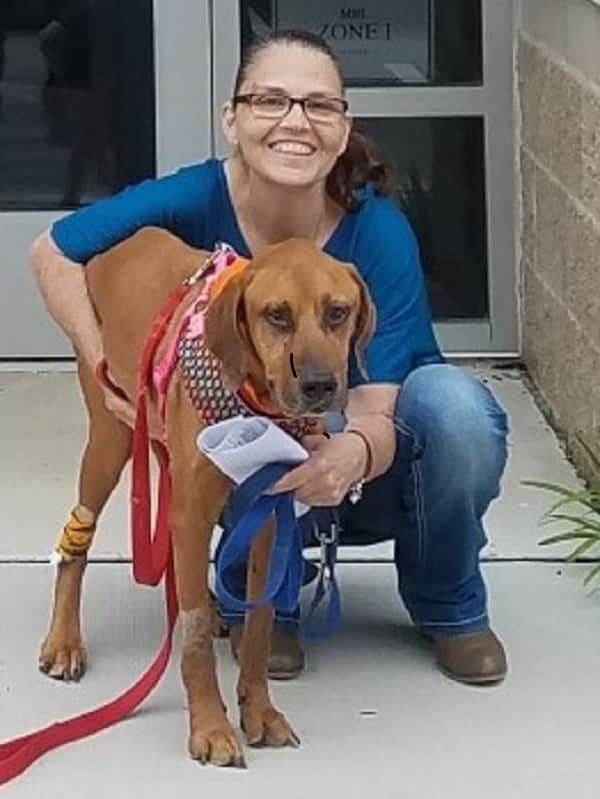