Home Dog Stories Dog Saved From A Dire Life Is Now Living A Comfortable And...

Pani is an Iranian rescue dog. She traveled all the way to the United States with the assistance of M.R.T. Animal Sanctuary in the hopes of receiving a second chance at life. She ultimately arrived at Animal Haven, an animal shelter in New York City, after a very long journey.

Workers and volunteers at the animal shelter understood immediately that the dog needed attention. She was so terrified, and the shelter environment would just make her fear only worse, so they all agreed to place her in foster care immediately.

A woman named Tedi Sarah was contacted by Animal Haven and asked if she was prepared to temporarily care for a disabled dog that dreaded everything. Without any hesitance, she agreed. She was no longer unfamiliar with tending to a fearful dog. After all, she has fostered multiple animals in the past.

Tedi brought Pani home and ensured that she was comfortable there. Regardless of how tranquil the surroundings were, she noticed something weird about the dog. Despite being exhausted and fatigued, Pani refused to close her eyes. She just wouldn’t sleep.

Tedi discovered over time that Pani was accustomed to being alone on the streets. She had to really fend for herself, and so she dreaded something horrible might happen, so she remained vigilant at all times. She also had the tendency to be destructive.

The moment Pani had her own wheelchair to help her with her mobility, her destructive behavior vanished. As soon as she was allowed to move freely, she began to relax. And finally, she began sleeping on her back, utterly exposed but totally at ease.

Tedi soon realized how upset she would be when Pani left her to go to her forever home. It was impossible for her to let her go, so she adopted her officially. She did not plan it, yet everything came together as it should be. 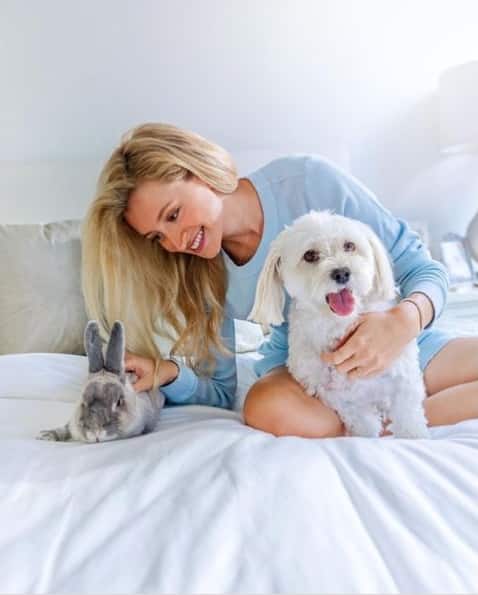