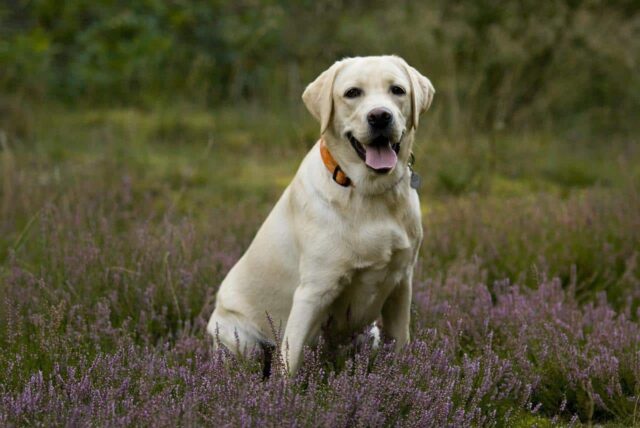 A labrador named Leo got the surprise of his life when he suddenly became an uncle to six troublesome puppies.

He used to be his owner’s only dog until a stray named Kuna wandered into his home. The owner then adopted Kuna and made her a part of the family.

To everyone’s surprise, Kuna got pregnant and gave birth to six puppies. Leo is not the father; rather, it was a stray dog that could no longer be found. Even so, Leo did not complain and allowed the puppies to mingle and interact with him.

One day, the owner noticed that Leo had developed bad eating habits. The dog would often steal food from the kitchen counter and sometimes even from guests’ bags. When the owner asked a veterinarian’s opinion, she found out that the habit was related to stress.

According to the vet, binge eating was a way for Leo to relieve his stress from dealing with rowdy puppies. He no longer felt special since the owner’s attention was divided. Hence, he needed a way to feel good.

The vet suggested finding a method to make Leo feel fulfilled while strengthening his bond with the puppies. The owner thought of a creative way to do this. It involved putting the puppies in a safe but uncomfortable situation where Leo would be able to save them. This way, he would be able to feel a sense of self-importance.

The puppies were placed in a crate while loud recordings of a thunderstorm were being played. Naturally, the puppies were startled, so they made a lot of noise. This alerted Leo, who came to their aid as quickly as possible, freeing them from their captivity.

The training exercise was a good way for Leo to move his attention away from food. The owner hopes that the dog will continue to feel better about himself and the puppies in the future. For now, the owner is glad that she could do something to help Leo with his troubles.