Home Dog Edge Woman Is Obsessed With Her Dogs’ Noses So Boyfriend Surprises Her With... 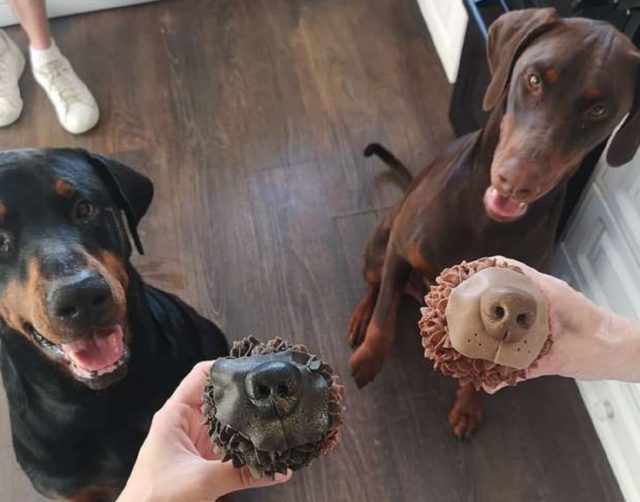 Reuben and Malcolm are Dobermans with huge, goofy personalities. And they also both have a big heart with so much love to give.

Since the beginning, their mom, Marie Taylor, has been their number one fan. But their delightful traits aren’t the reason why she’s head over heels with them. Marie’s absolute favorite is the boys’ noses. 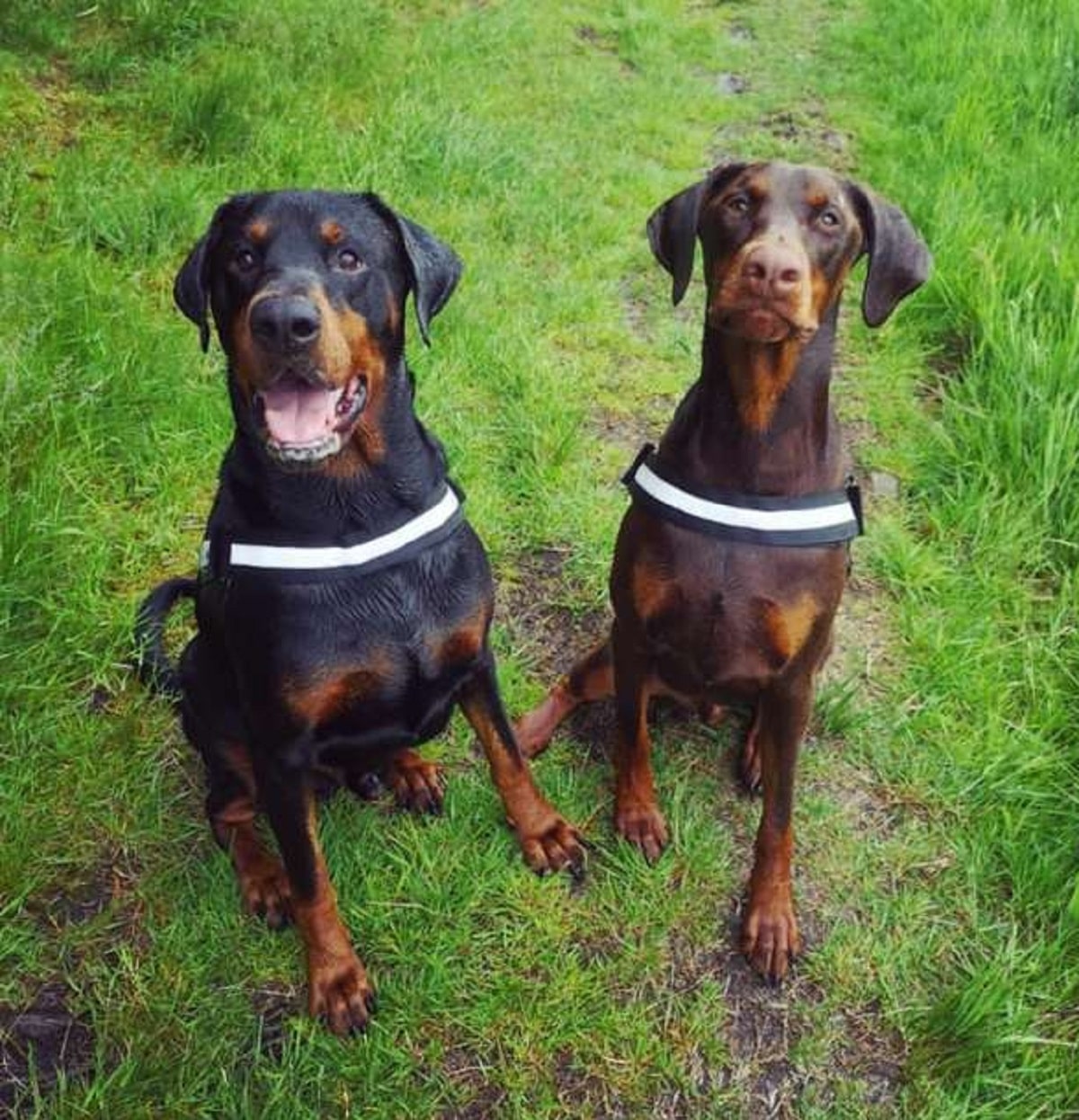 Marie has always been obsessed with her pups’ noses. For her, they are ridiculously cute and amusing. So, a strange idea came into her mind.

Three months prior to her birthday, Marie shared a photo of Reuben looking and smiling right at her on Facebook. She pledged her undying love for the pup. And alongside it, she made a declaration that she wanted nothing but cupcakes that looked precisely like Reuben’s nose.

Shortly after Marie’s post, Malcolm came. And with a second rescued pup, she now had 2 gorgeous snoots to admire. Unenticingly, Marie had forgotten about the cupcakes; But Jack, her boyfriend, certainly did not. 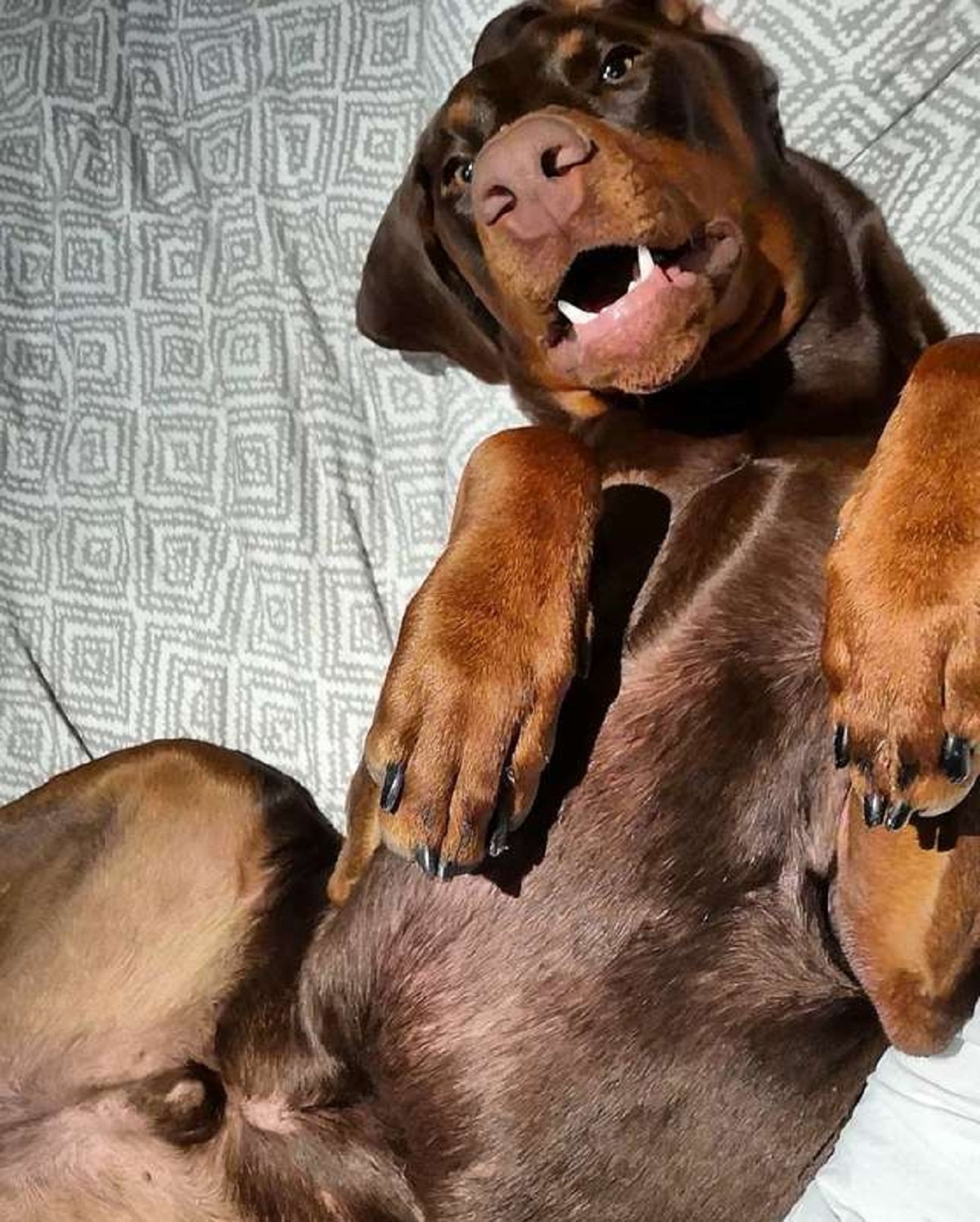 Jack reached out to a friend. And Whitley Griffith, a baker at Sweet & Smooth located in Oldham, UK, made a birthday wish to come to reality.

On her birthday, Marie was presented with Jack’s present. And she was surprised to see that the cupcakes were topped with her most favorite noses. The fondant and the icing were crafted perfectly, just the way Marie wanted them to be.

Of course, Marie had Reuben and Malcolm pose with their corresponding cupcakes in front of the camera. They showcased their glorious snouts, and, as expected, attempted to steal some bite. 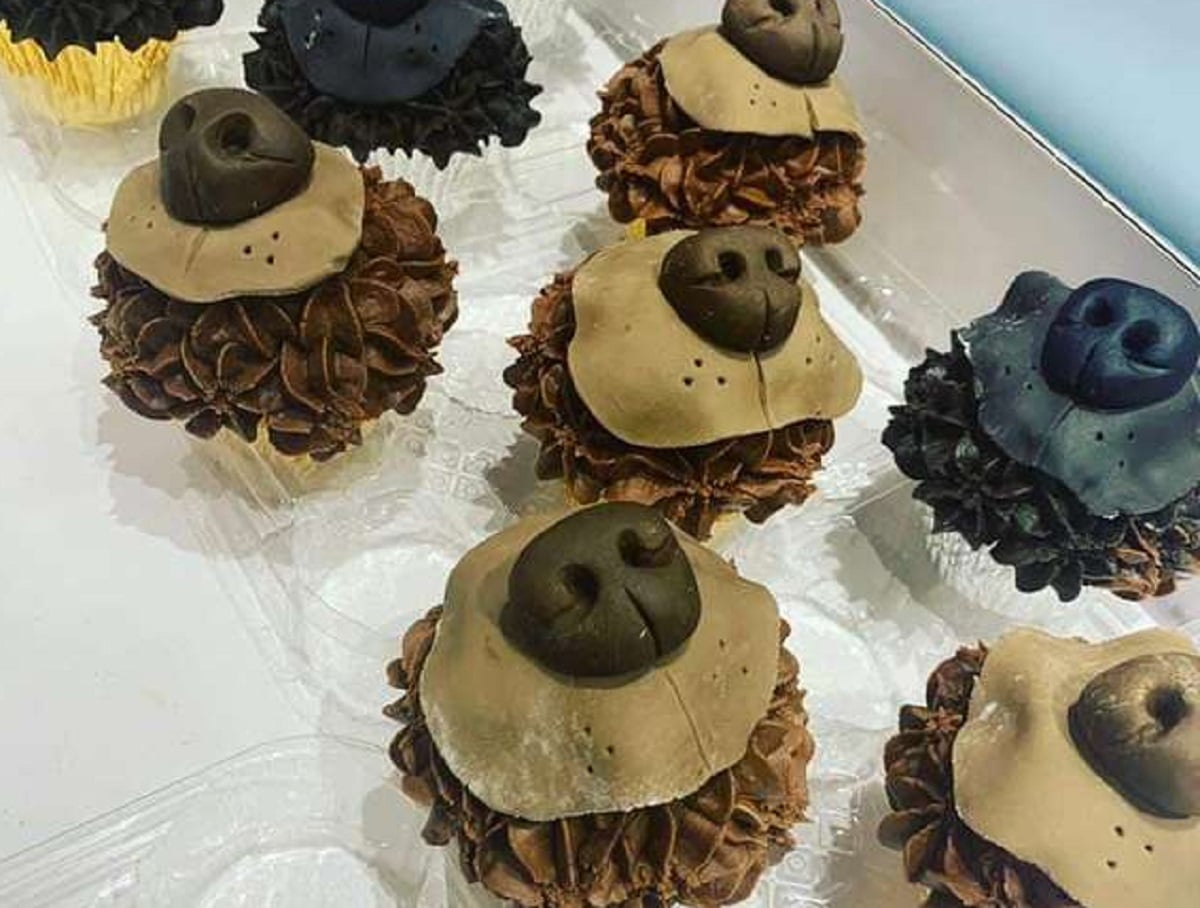 The cupcakes were delicious. But Marie’s focus was on how perfectly they were made. The design was impeccable as if they were really Reuben’s and Malcolm’s noses.

Marie knew her birthday wish was a silly one. And she didn’t think Jack would seriously take it. Nevertheless, it was a fantastic present and a magnificent tribute to her lovely boys.