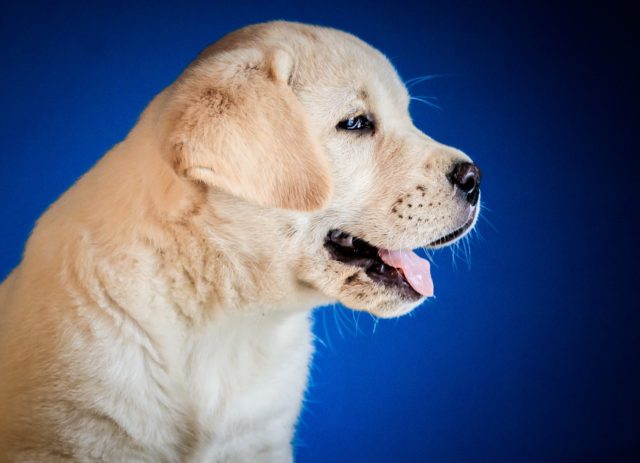 Marine Cpl Justine Bunce was recovering from the injuries he suffered while on tour in Iraq when he met his service dog. Also named Bunce after Justin, the two met through the organization called the Canine Warrior Connection.

The puppy is still in training, but the two “Bunces” have already bonded, and a deep connection is slowly forming. Justin will be working with Bunce closely to help the little pup become a qualified service dog for war veterans.

Marine Cpl Justine Bunce is dedicating his time to help other veterans injured in battles, despite his injuries.

The Warrior Canine Connection is a non-profit organization dedicated to helping our soldiers reconnect to our society. The group’s mission is to enlist the help of recovering soldiers from interacting and training dogs from birth to adulthood. After the dogs are fully trained, they are going to be paired to wounded soldiers to act as service dogs.

The organization believed that the interaction between humans and dogs is a great way to help recovering soldiers reconnects to their old life, their families, and society.

Justine is still heroic even if he is no longer active in the field. What he is doing today at the Warrior Canine Connection is showing the world that he still has it. Soldiers don’t fade because certainly, Justine is proving them wrong.

Watch the emotional video below of Bunce meeting Bunce for the first time.

Justine is still recovering from his injuries, but the video above shows the effect the puppy Bunce has upon the wounded vet. What’s more, if Justine starts training Bunce to become a full-time service dog?

Being needed is an essential factor in helping our heroes heal. Thanks to the Warrior Canine Connection for helping our Warriors live productive lives in spite of their injuries.