Home Dog Edge Police Officer Paid Thousands Of Dollars Out Of His Own Pocket For...

As adults, we spend most of our time in the workplace, and we inevitably develop friendships while we do our jobs. They may not be as deep as our relationship with our real friends outside of work, but they can be people that we can cherish too. But what if your work friend is a dog? Well, that makes everything different.

If you ask any canine officer or anyone who works alongside dogs for a living, not one of them would ever tell you that they don’t consider their dog as their close friend. Although there are people in the world who dislike dogs, they would never get this kind of job. 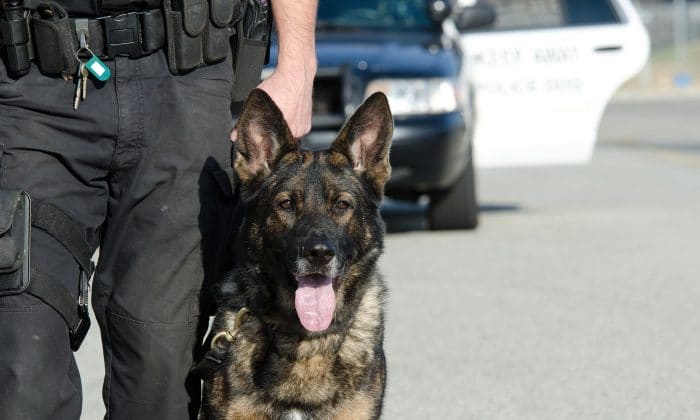 So it’s safe to conclude that having a dog at work would make him more than just a work friend, but a best friend and we will do anything for them. This has been put to the test when a police officer from Cleveland, Ohio, was faced with a tough dilemma. Either say goodbye to his partner, or pay a large sum out of his own pocket.

The individuals involved are Officer Matt Suster and his trusty canine partner, General. They have been working as security for University Hospitals in Cleveland for two years, but one day, their partnership was in jeopardy when General hopped into Matt’s car and yelped. It was obvious that something was wrong, so Matt brought him to the vet. 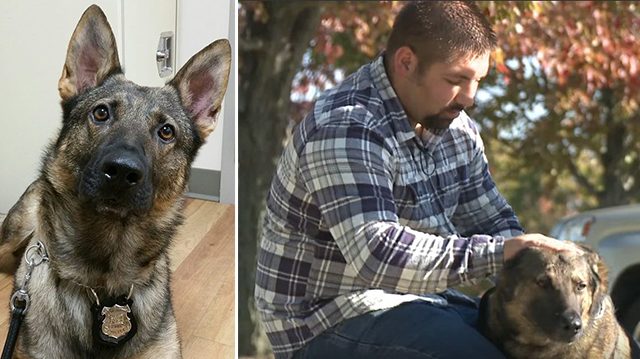 It turned out that General had a rare condition where the nerves on his back get pinched when he makes sudden movements. Matt was then asked if he would like to return his partner to his superiors and he will get a new dog, or pay $5,000 out of his own pocket for General’s treatment to keep him.

The decision was pretty easy for Matt. He even he explained, it’s like being asked to give up your child, there is no way that he is letting that happen. He started a GoFundMe for General’s treatment, and after surgery, he was back in action. The excess money they received was donated to charities for retired K9 officers.