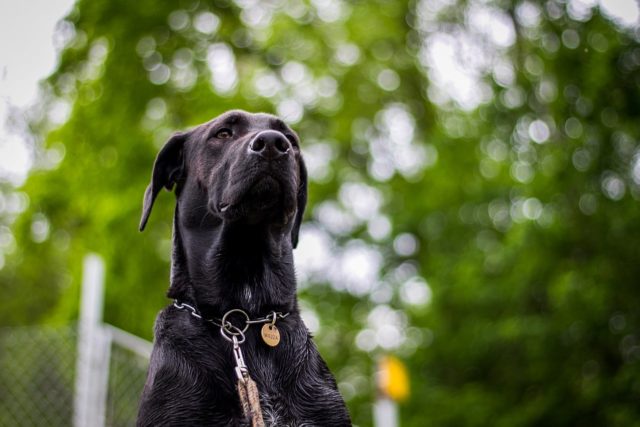 Standing at 32 inches at the shoulders, Great Danes are easily one of the biggest dog breeds across the globe. But while many will mistake them for a ferocious animal, Great Danes are actually very friendly and love to please people. Aside from being among the sweetest and most affectionate dogs, they are also among the goofiest.

Take this adorable Great Dane from Australia, for example. Duke is a giant baby living with his mom, Yvette Zegenhagen, in their cozy home in Coburg, Victoria, Australia. Just like any other dogs his age, this pooch simply adores playing in the outdoors and spending quality time with his mom.

Among their pastimes, playing fetch is easily Duke’s favorite of them all. He enjoys running around and fetching his blue balls for his mom. However, Duke’s version of fetch is unlike any other.

You see, this pup is so attached to his balls that he couldn’t pick just one to play with! He would always end up playing with two balls, one of which is already tucked in his mouth. The funny part is that Duke would almost always try to fit two balls in his mouth at the same time.

Recently, Yvette recorded one of his attempts to do such a feat. Duke can be seen in their backyard as always, with his mom behind the camera. The pooch’s mouth is clearly occupied with a shiny blue ball.

However, when Yvette asked Duke to fetch the second ball she was holding, the gentle giant was quick to say yes. He immediately leaped to try and catch the ball but to no avail at all. The seven-year-old Great Dane couldn’t understand why his catch failed, so he went at it again.

Unsurprisingly, the ball just bounced again. Yvette was cheering for him the whole time, though. And even though the pooch always struggled to play with two balls at the same time, Yvette would always laugh it off and give in to the pooch’s ball obsession every time. Watch his adorable and amusing game of fetch here.