Home Dog Edge Golden Retriever Puppies Run After Their Little Boy Ward, And What They... 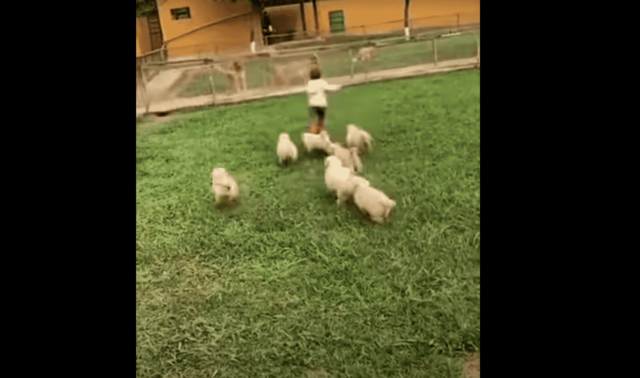 Puppies are naturally curious, energetic, and they move as a pack. So when this little boy found himself in the middle of a litter of ten, he was ecstatic.

Kids and puppies have the same level of energy, curiosity, and taste for adventure. Those are the reasons they jive, and we’re all for them. 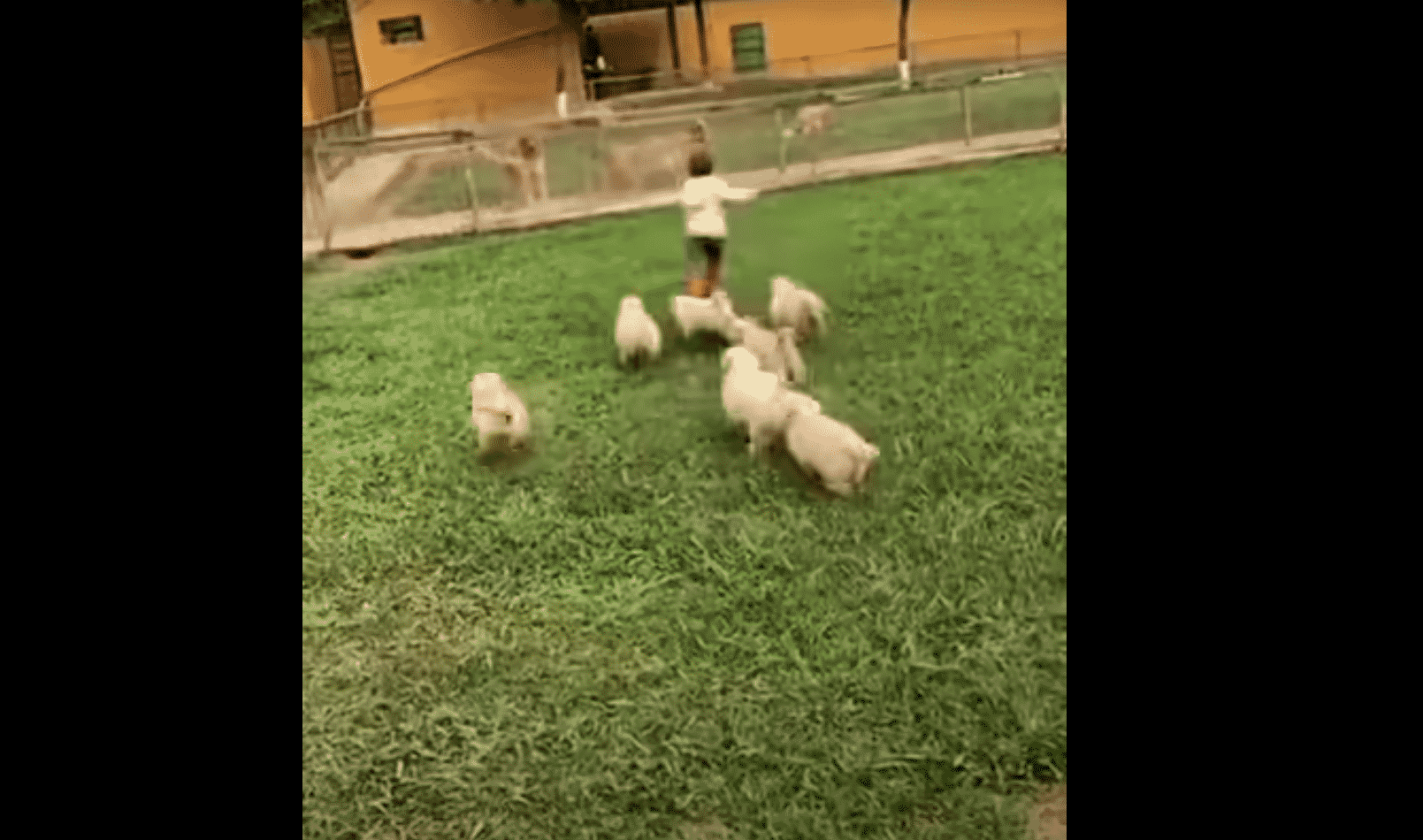 The little boy ran as his mom recorded, the ten puppies in hot pursuit. Ten golden, fluffy bodies rushed at their master, giving off a mega-dose of the positive vibes.

Away the boy ran, delighted that his pack literally followed his every movement. All that running made him a little out of breath, and a little while later, the boy fell on the grass. 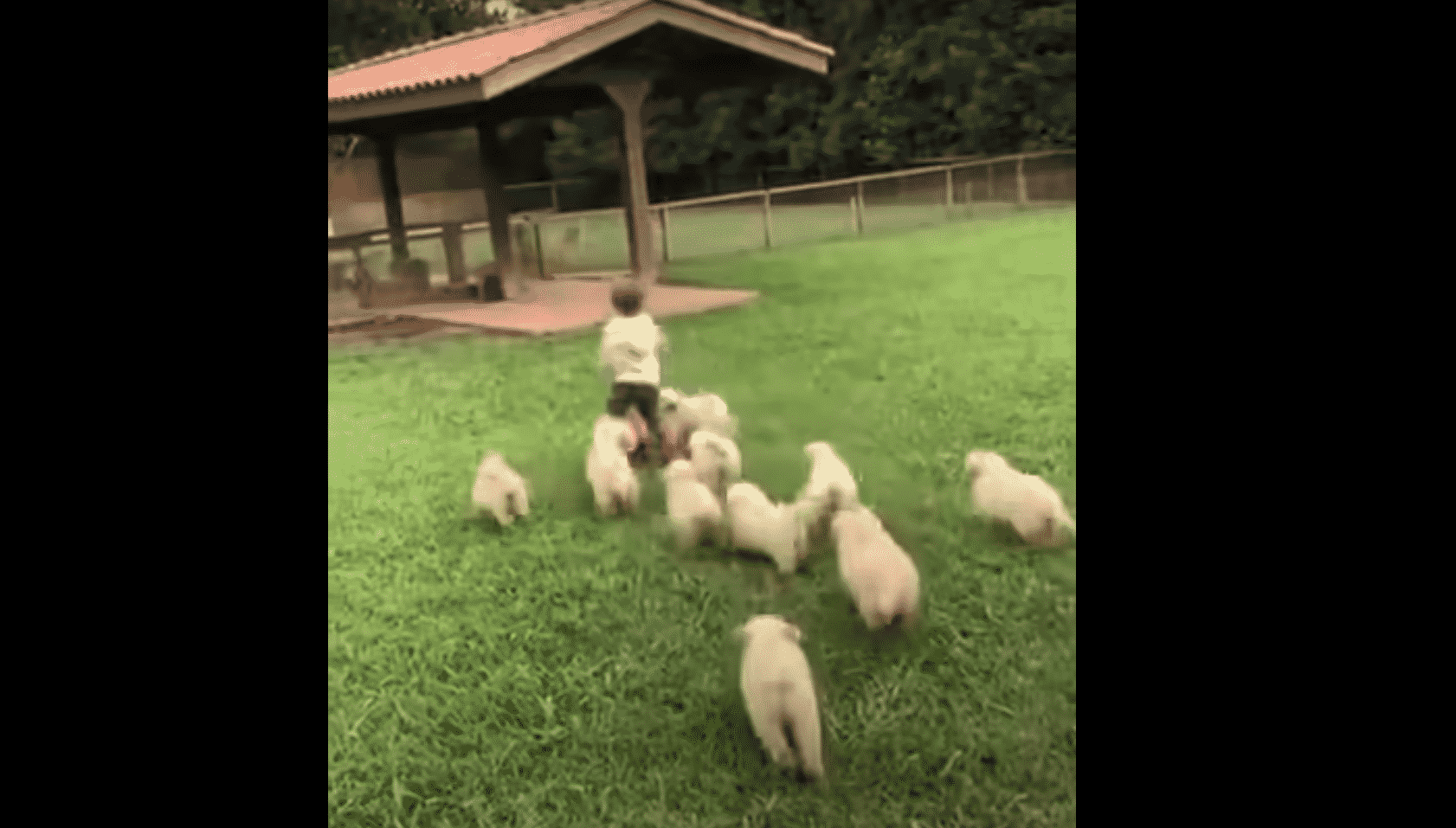 All the golden puppies converged on the boy then, attacking him with lots and lots of kisses. The pets were delighted that they could reach their human ward and give him much love.

The press of ten fluffy puppies must have been heavenly, but this boy had other ideas. He fought those wet kisses for a bit, and when he found his footing, the running resumed. 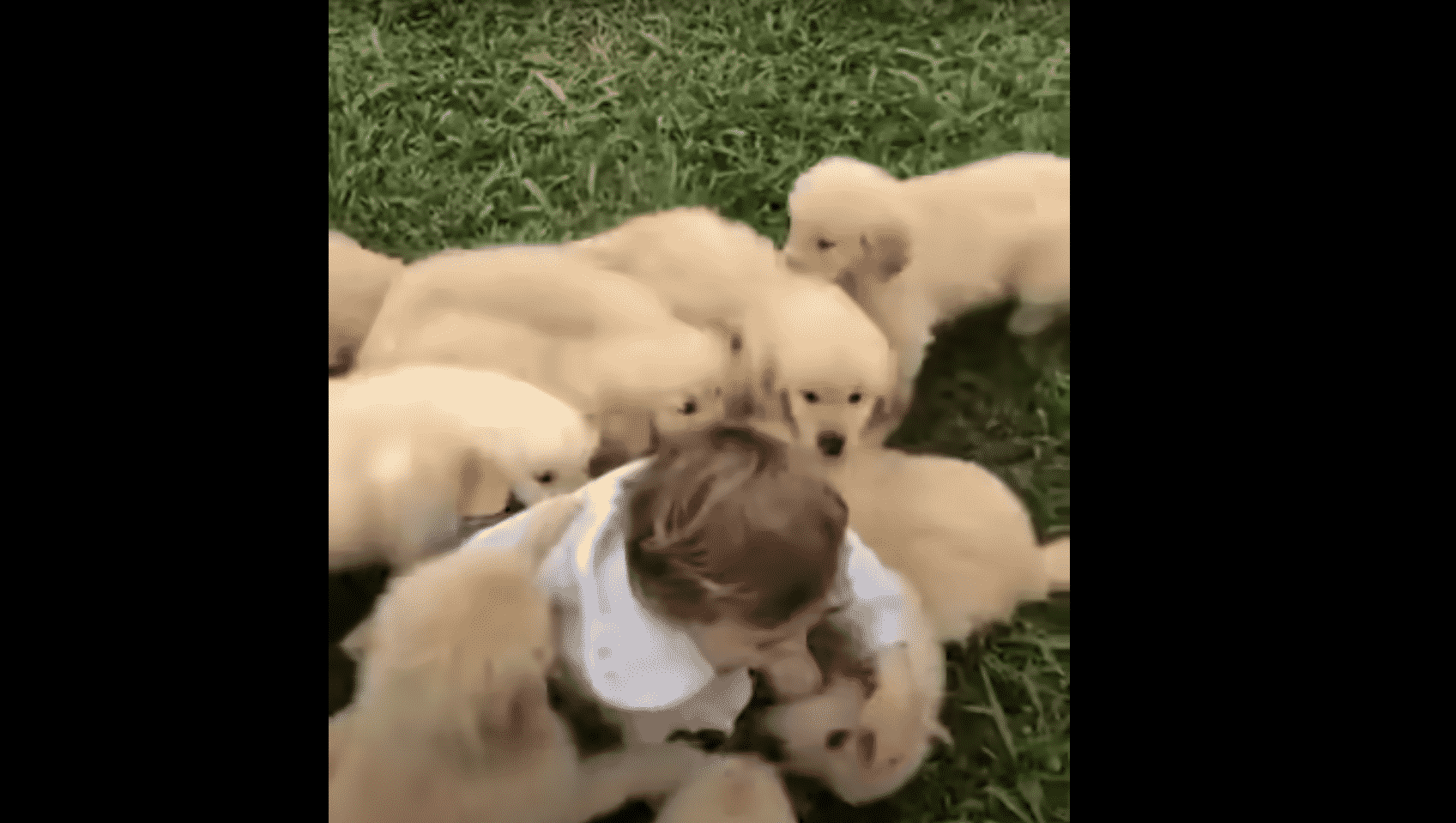 Off went the pack once more, following their leader. The boy squealed in delight, huffing and puffing as he ran. Then he lost his balance again.

The pack of golden bodies converged on him once more and this time, mom could barely see her son. It was a sea of furballs all over her boy, and they made sure they kept him down for a bit. 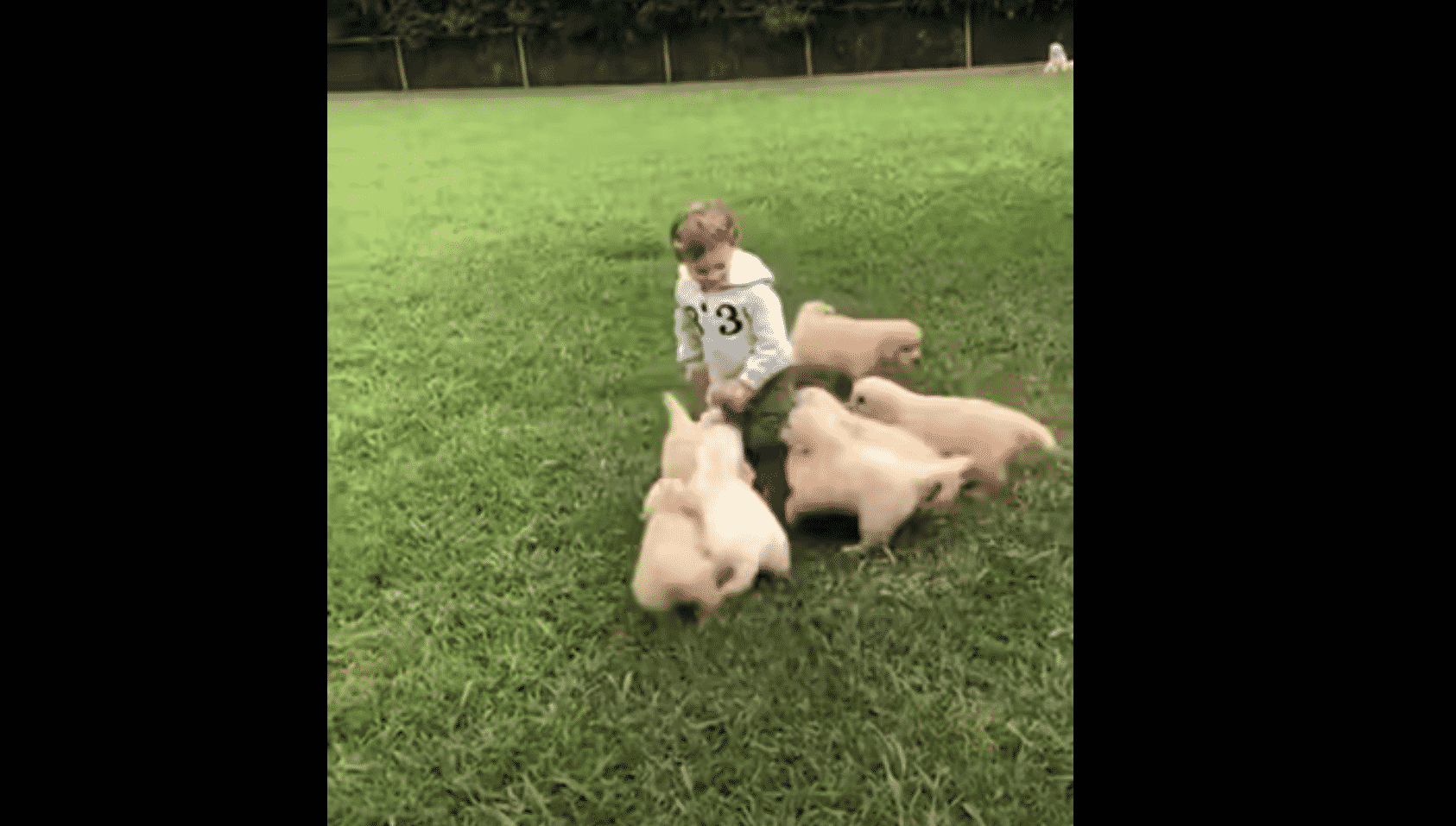 The boy tried to fight those wet licks off, but there were just too many of them. He struggled for a bit,  but he was able to get his footing back.

This young lad will grow up with so much love and security from his fluffy pets. What a way to live life, and we could only wish we had the same gig. Thanks for sharing this clip, mom!