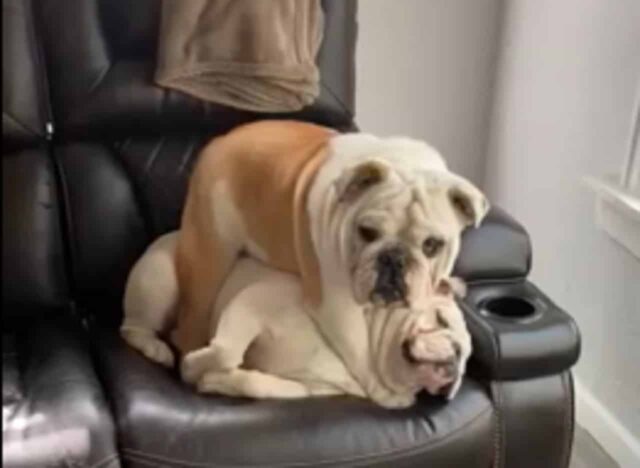 It’s not quite new to see our canine pals wanting to snuggle with their family. Even if their loved ones want to take a nap, dogs still cozy up to them for the sake of being close to them.

Hence, one Bulldog disturbs its canine sibling taking its siesta on the sofa. Though its brother isn’t in the best mood to play, the mischievous doggo carries on with its attempts at waking it up.

In this amusing video clip, one can initially spot two Bulldogs chilling out on a leather sofa. One of the Bulldog’s a mix-furred one named Edison, while the cream-furred one lying on the couch is Edison’s brother. 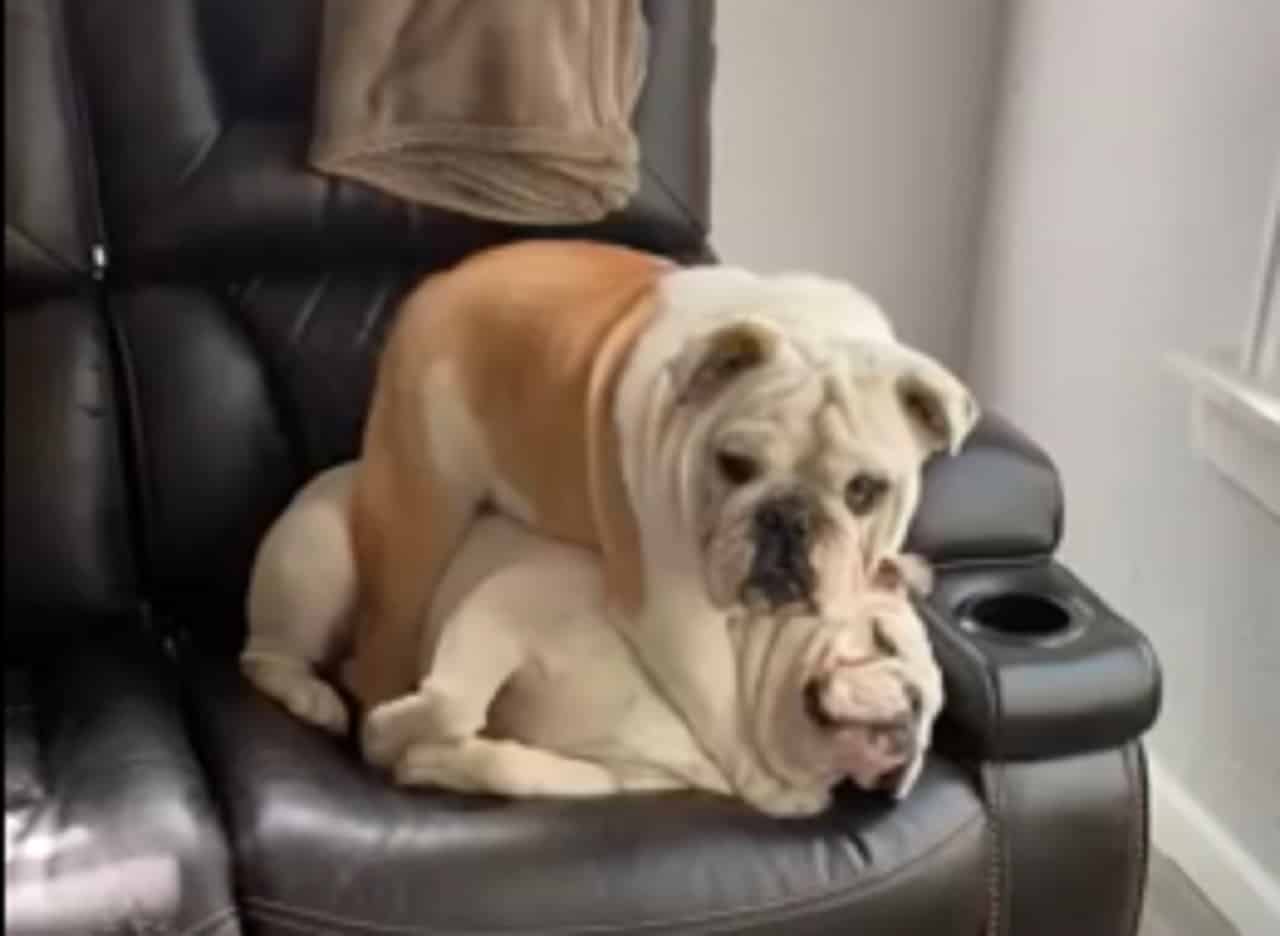 With the way things look, Edison’s canine sibling takes its siesta. Yet, Edison has other ideas in mind as he stands atop the sleeping doggo while peeking at his surroundings.

At some point, Edison even focuses on a particular area in the room, not once removing his gaze from it. For the next few seconds, Edison carries on with his silent observation.

But, the dog soon adjusts his stance and places one of his paws on the snoozing canine’s chest. With this, the previously sleeping doggo starts squirming, disturbed by Edison’s movements.

Yet, Edison isn’t satisfied with his brother’s reaction as he soon licks the cream-furred Bulldog’s ears. On and on, Edison continues licking his sleeping brother’s ears to wake him up. 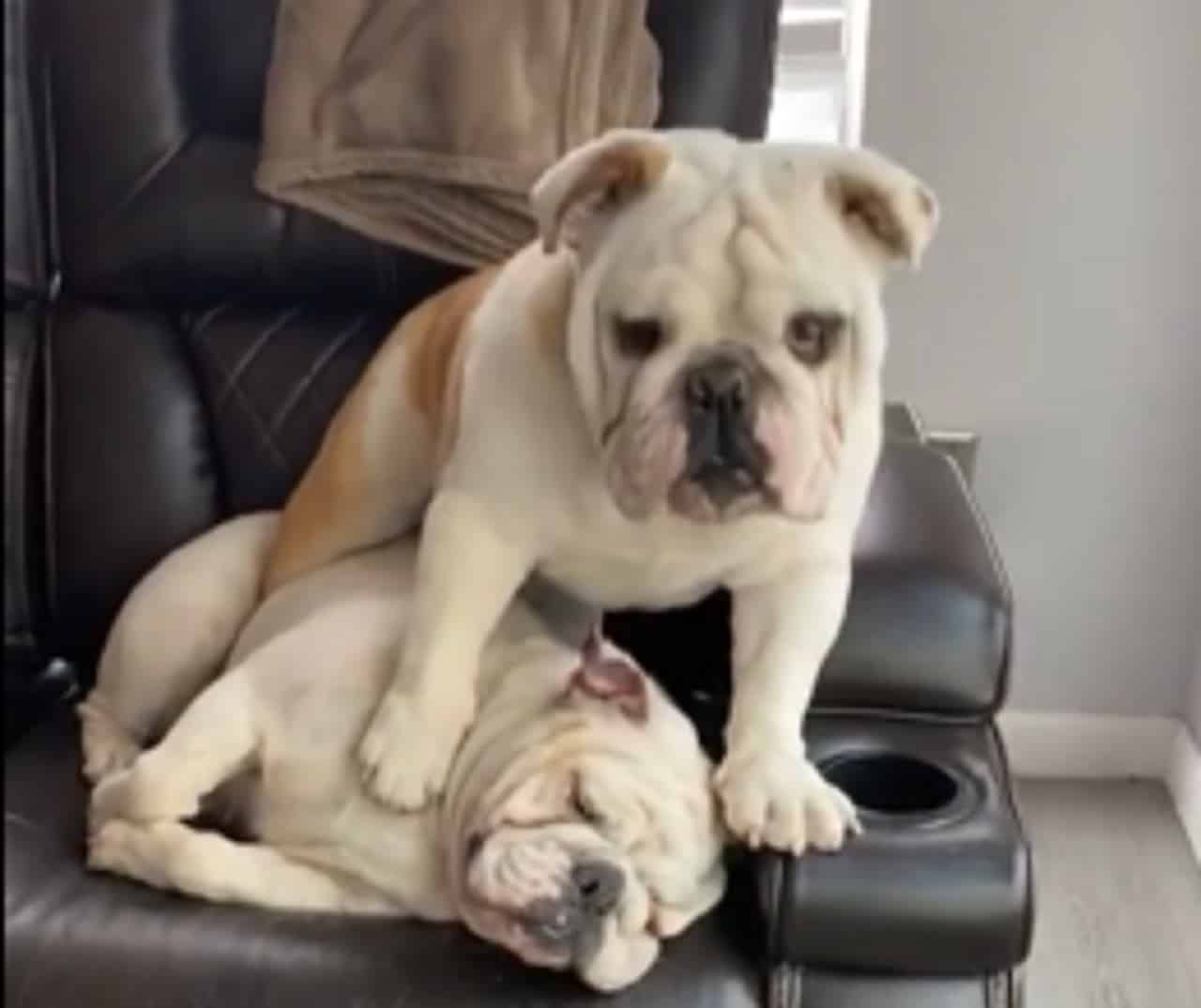 Yet, when the pooch doesn’t stay still, Edison gives up and trots away from it. But, Edison walking out ultimately wakes the cream-furred canine from its slumber.

Do you think Edison notices this and resumes playing with his brother? You’ll only know if you tap the play button in the link below.