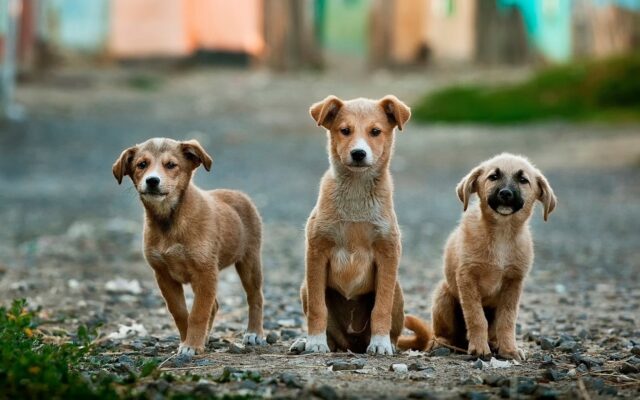 In a suburban neighborhood, a woman asked for assistance in rescuing abandoned puppies. A property near her house with abandoned vehicles became home to a stray pregnant dog.

The woman noticed that the dog already gave birth. Then one day, the woman heard cries from the abandoned property. She could not find the mother dog anywhere on the property. The kind woman fed the puppies while waiting that the mother dog would return. She needed assistance to keep the dogs safe.

A call to save the puppies

Convinced that the mother dog already forgot about her babies, the woman realized the puppies were in danger. Since she could not permanently take care of the puppies, she decided to call for help at a local dog rescue. After a few hours, some personnel from the dog shelter came.

The team approached the puppies slowly and trying to avoid scaring the puppies. They gave them some food to lure them out in the open. They slowly boxed them in with some fencing materials.

The fence cornered the dogs in an area with bushes and vines. The dogs retreated to their hiding spot when they get scared. The thick vines made getting the puppies difficult. After luring them with food again, they got two of the puppies they later named Luna Sky and Baby Sunset.

The three other dogs went deeper into the bushes. The team had a hard time chasing after them. One by one, the rescuers caught the puppies.

They named the third and fourth puppy Sunny Boy and River, respectively. They called the last one Lightning because of his quick reaction that made catching him harder.

A better future awaits the siblings

The rescuers finally rescued the puppies after their mother left them two weeks before. The Lucky Puppy Rescue saved them. They received the necessary medical treatment and provided proper care.

A few days later, the five puppies appear cleaned-up, well-fed, and healthy. They happily play together with other puppies in the shelter.