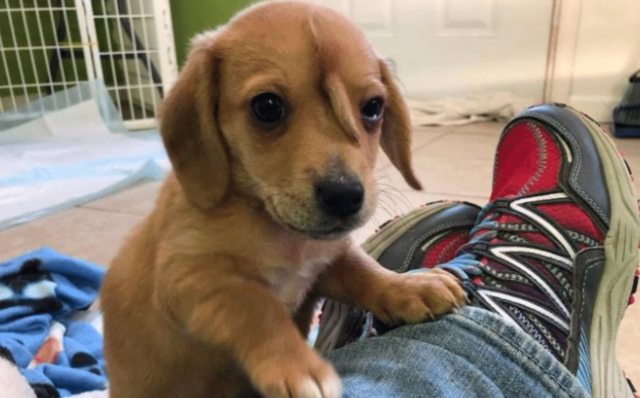 Have you ever thought of what a unicorn dog might look like? You don’t have to think too hard about it because a pup has an actual tail growing on his forehead and he went viral on social media, earning him the nickname unicorn dog! The pup is named Narwhal, after the animal with a protruding tooth that looks like a tusk.

While little Narwhal has an adorable face that would surely melt the hearts of anyone who’d look at him, the little pup had a heartbreaking and rough start in life. It turns out, Narwhal is a rescue dog and was found shivering in the cold who had markings of frostbite. Luckily, Mac’s Mission, a rescue organization, found Narwhal’s whereabouts and saved him.

Narwhal, however, wasn’t alone. Another dog was with Narwhal when the organization found him. Rescuers named Narwhal’s companion as Poppa Smurf, whom they speculate to be his father.

Because of the volunteers who saved the pups, Narwhal is undergoing a speedy recovery. They also checked out Narwhal’s special tail on his forehead and discovered that it wasn’t harmful to the dog in any way. Veterinarians didn’t see any medical need to remove the tail, so the tail became a permanent part of Narwhal – and it’s what made him so unique! 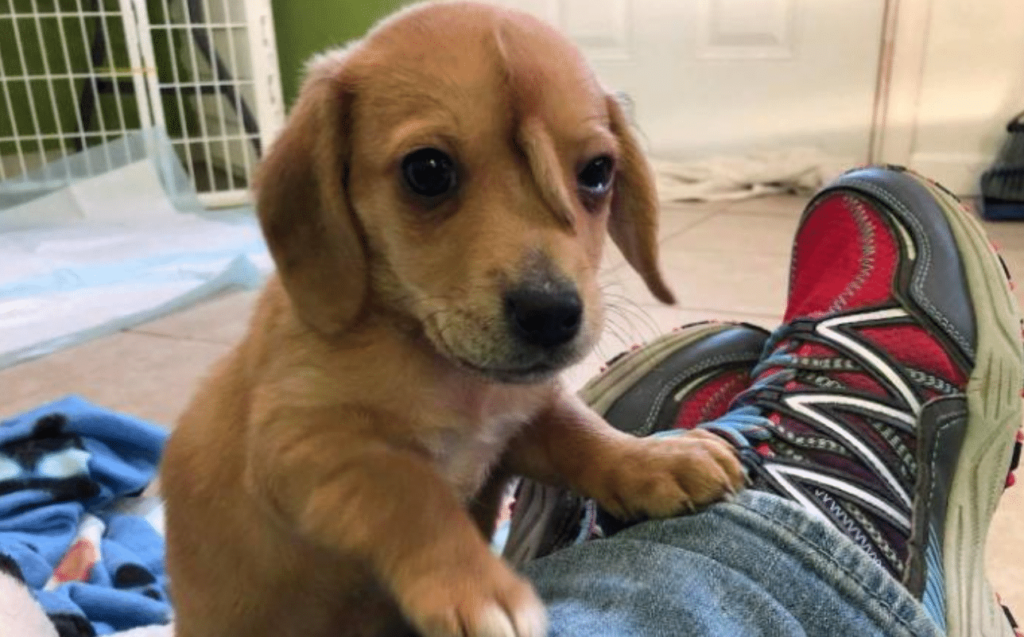 While it does look like a tail, it’s not something Narwhal could move voluntarily. The tail would only sway, following the pup’s movement as he ecstatically played around. So when people heard about Narwhal’s story on social media, the pup became an instant celebrity. Many people lined up to adopt the sweet pup and wanted to be his forever family.

The organization taking care of him, however, noted that the pup wasn’t ready for adoption. But at least, the pup can rest assured that he will find a forever home in a matter of seconds.