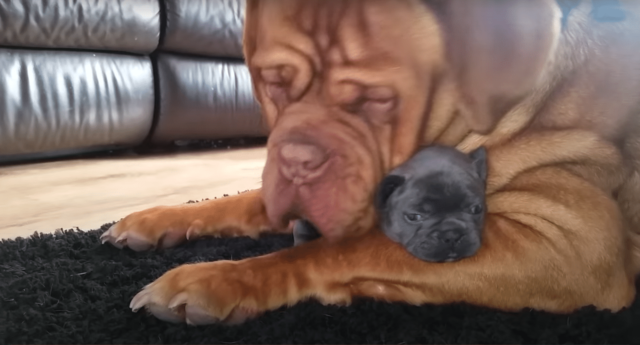 Get ready to get the most heart-warming vibes from this story. The big dog is just eleven months old, and he’s from the Dogue de Bordeaux breed. 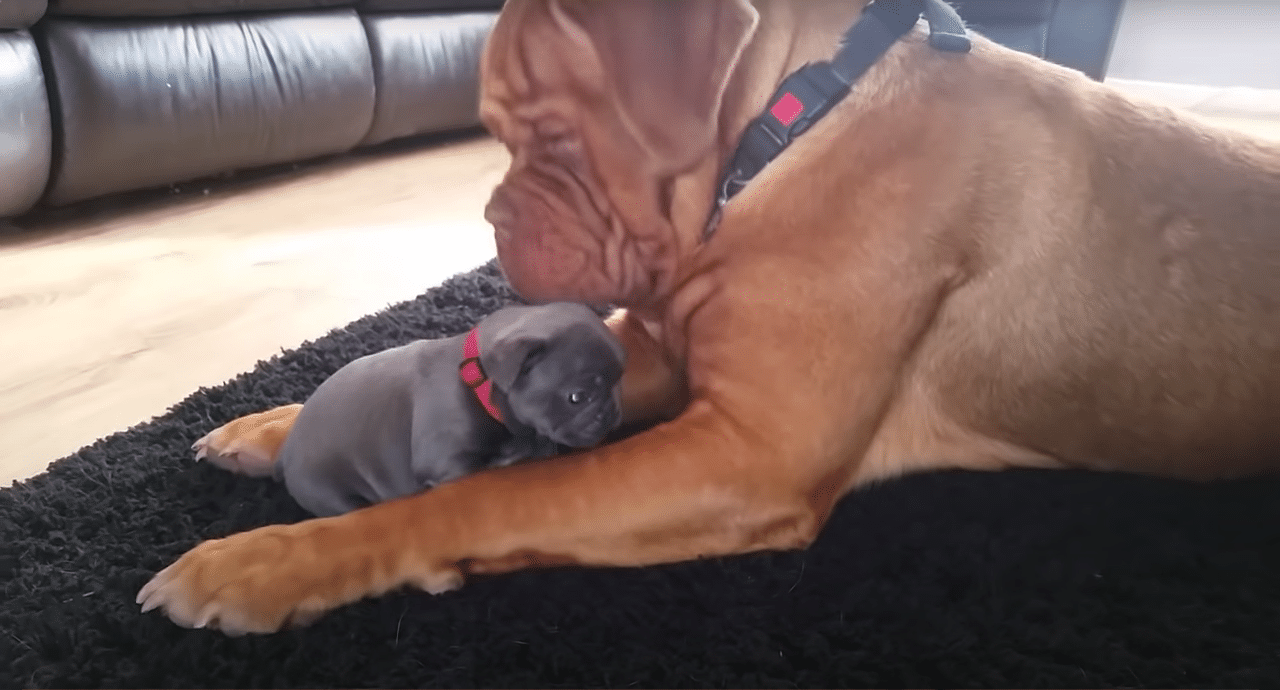 The smaller pup is a four-week-old French Bulldog, and their closeness is something straight out of a dreamy fairytale. After all, big dogs and much smaller ones don’t usually mix.

Since the tiny pittie has practically just opened its brand-new eyes, there’s a lot to take in. Couple that with squiggly legs, and you’ve got a pup in need of serious guidance. 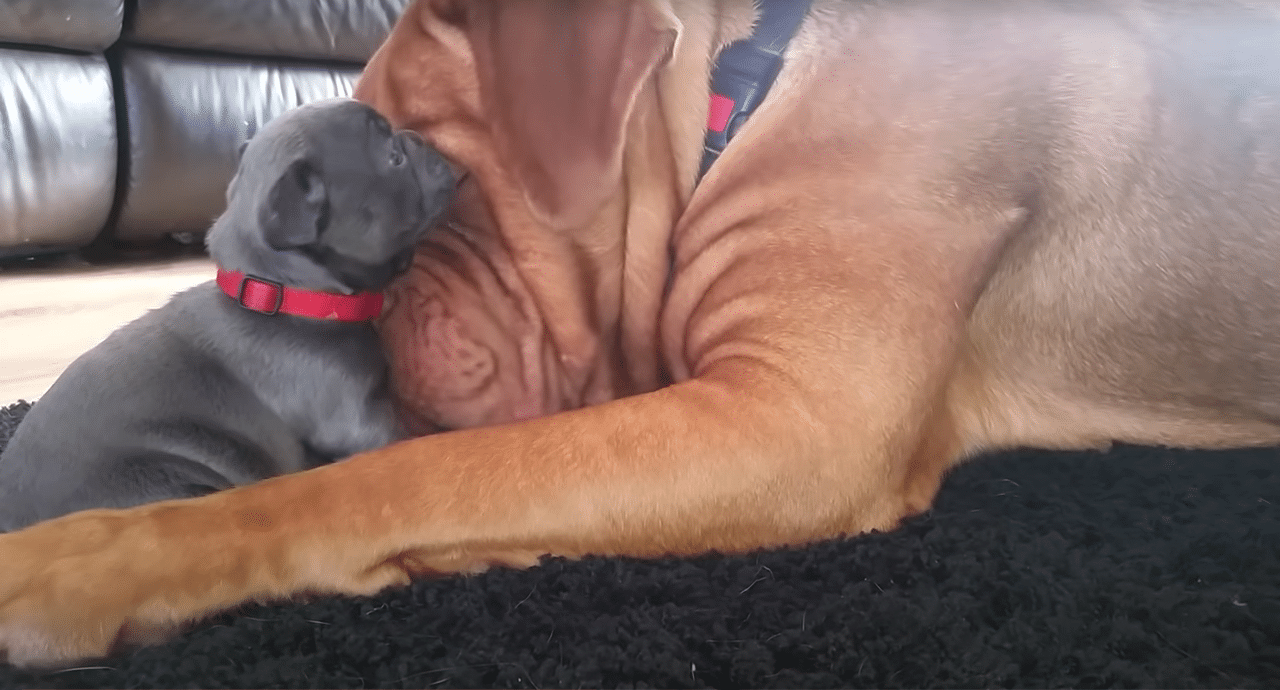 Fortunately, this big doggo is one of them gentle giants. He let the pup take his time to get accustomed to the new environment and patiently watched him clumsily find his way.

The tiny pup’s attempts to reach his giant pal for a bit of a paw play is too adorable for words. Thank heavens for kind and gentle souls in this world! 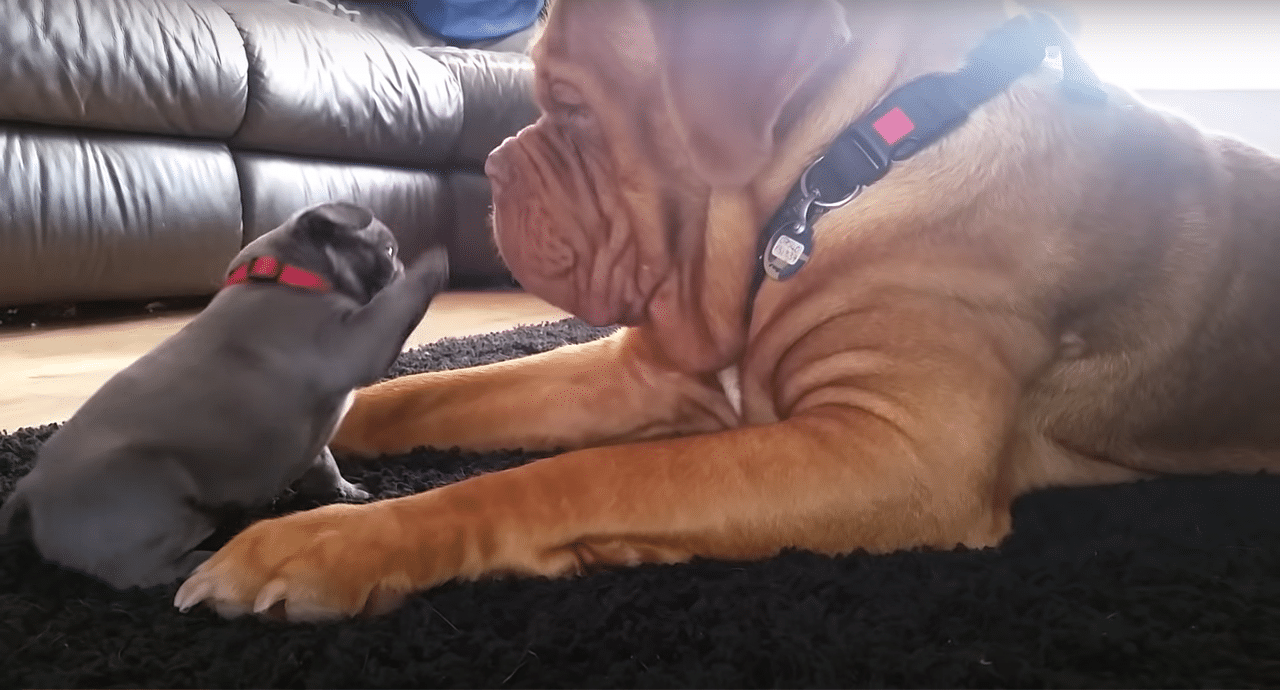 The little one lifted his paw to the bigger pet’s face, but he couldn’t quite reach it. That’s when the older pet moved and put his head on the smaller puppy to warm him.

The month-old pup might have found that head a tad heavier than usual, so he squirmed to get up and away from that scruffy weight. 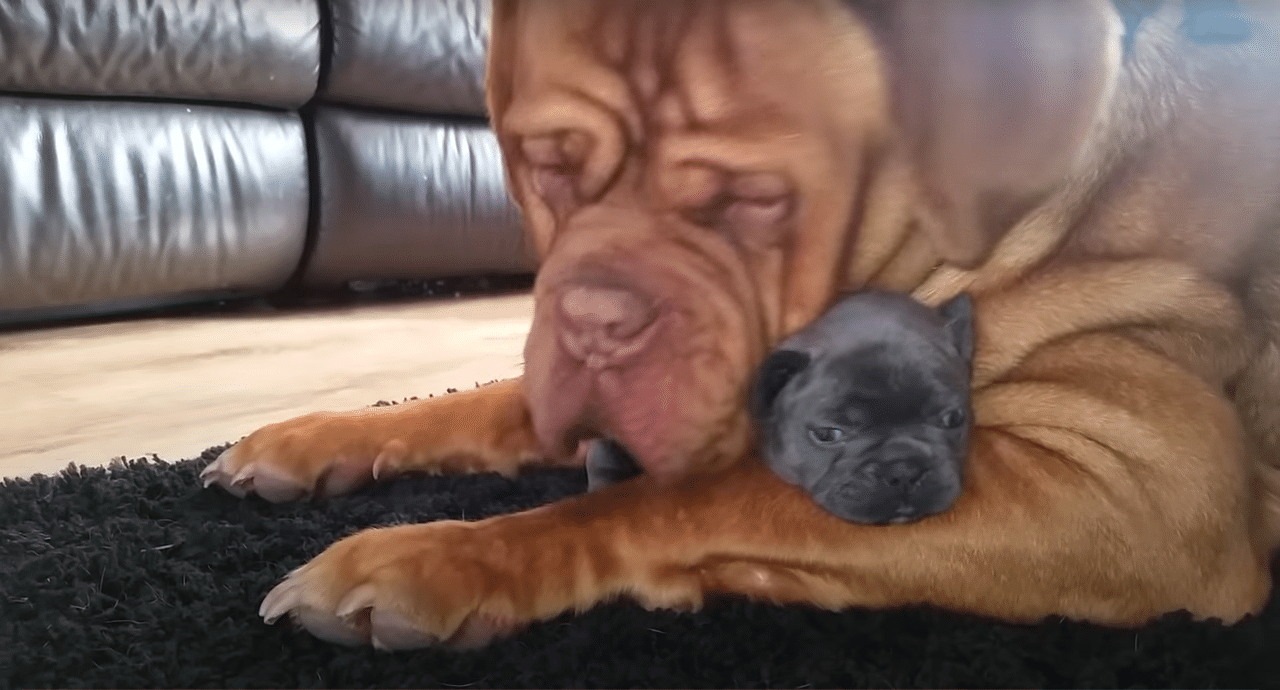 The small puppy wanted to cuddle, not get crushed, so the giant guardian moved and helped him find the most comfortable spot.

Both dogs soon found what they were looking for, and the bliss on both their faces was pure joy to look at. Thanks for taking care of your ward, Dogue De Bordeau!

Photo and video credits to Jacki Travis via YouTube