Home Dog Videos The Husky In A Blue Sweater: Not An Abandoned Dog

There have been many viral stories proving how loyal dogs can be to their owners. A famous example is the story of Hachiko, which was made into a movie. If you haven’t seen it, I suggest you do it. 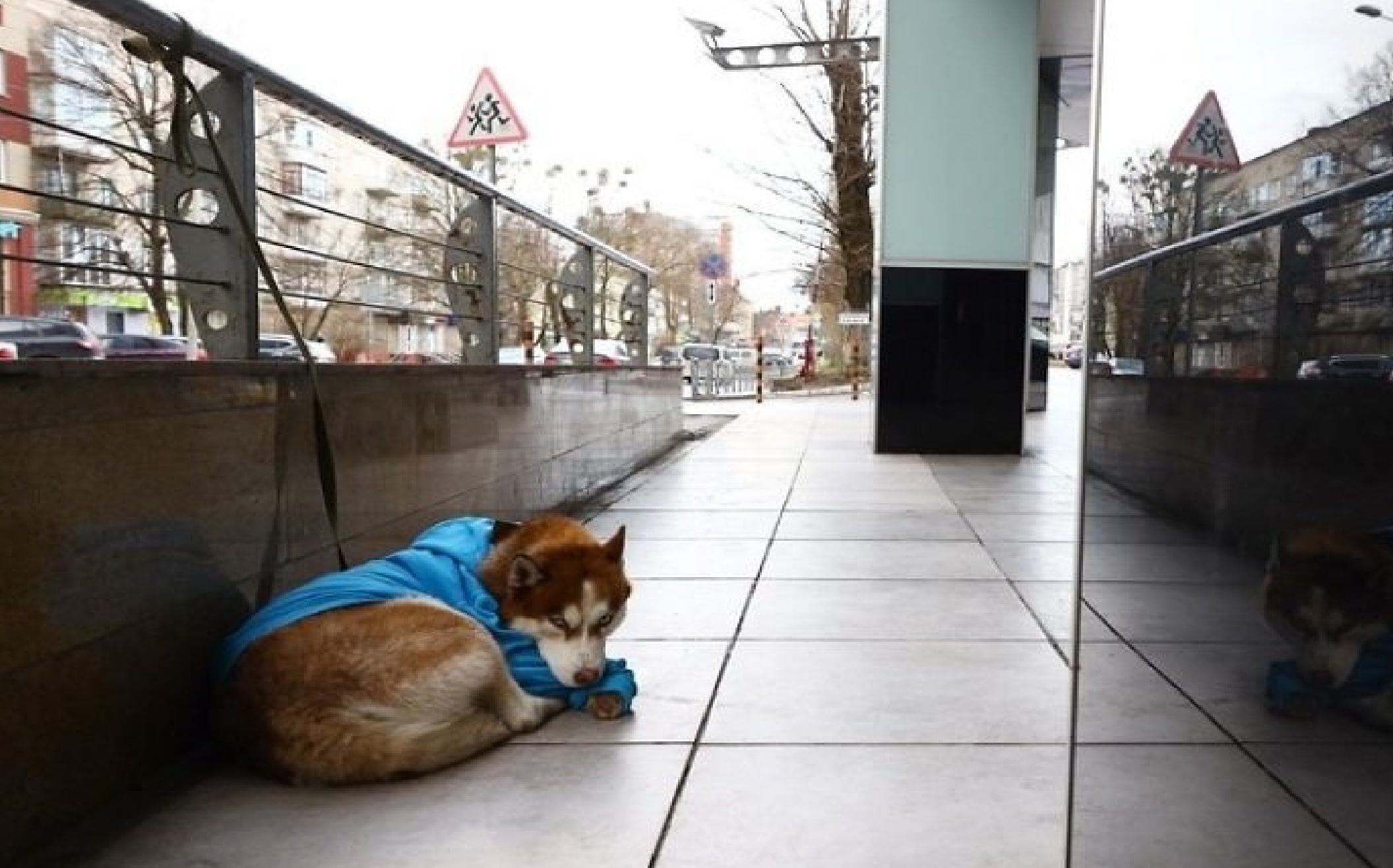 In Russia, there is also a dog that’s proving how loyal and clingy dogs can be to their owners. Here’s the story of Svetlana and her dog – the husky in a blue sweater. Svetlana chose not to give out her dog’s name to keep strangers from taking her husky.

Svetlana’s family adopted a dog with its puppies but later on had to sell the puppies. There was one puppy that was returned by the buyer because the puppy won’t stop howling. That puppy became Svetlana’s pet.

The two have been inseparable. Initially, Svetlana tried to leave the dog at her apartment while she worked, but the neighbors complained about the dog’s howling. They said that the dog howled from morning to night until Svetlana gets home. She knew she needed to make her dog stop, or they’ll get kicked out of the apartment building. So she decided to take her husky to work.

Every day, Svetlana takes her husky to work. She leaves him outside of the shop she works at and checks on the dog every hour. People took notice of the dog and thought that it was an abandoned dog. Svetlana, later on, had to post a handwritten note explaining the setup that she has with her husky. 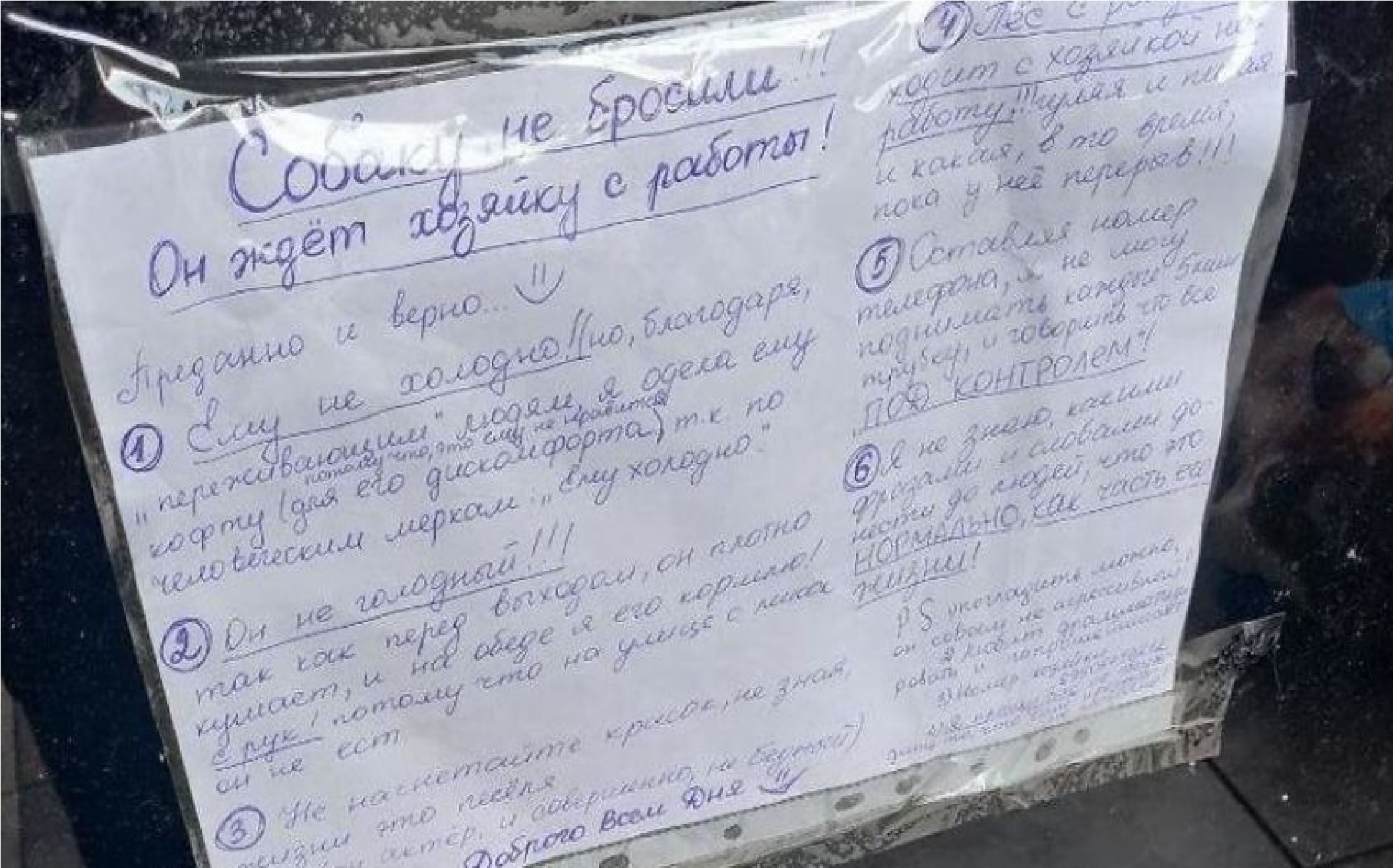 Don’t worry about the dog being out in the cold. It’s a husky, and it can withstand the cold weather. Svetlana said that she also has tried to leave the husky unleashed, but the dog would stay in the same spot. The husky remained in the same spot every day unless Svetlana places the dog somewhere else.

German Shepherd Runs After His Owner At The Beach, Demonstrating How Athletic His Breed Is