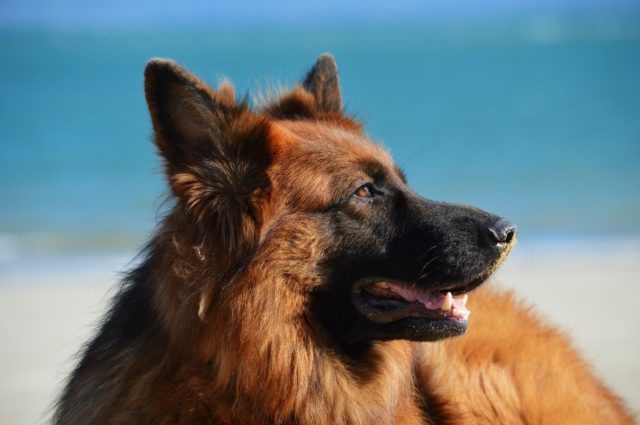 D’Eionte was acknowledged by the students and staff as one of the primary handlers of Shannon because of their special bond.

School Counsellor, Jill Redmond said that both Shannon and D’Eionte have a passion for training and working. They are very serious about it.

Shannon is the first therapy dog at McGuffey. A lot of students were introduced to her, but she and D’Eionte had an extraordinary connection, according to Redmond.

McGuffey thought of a way that could help students and staff deal with an unexpected and heartbreaking incident that happened years ago when two students died in a car accident. The school took in a therapy dog named Beau from Willard Pk-8 School, and that experience gave them an idea. 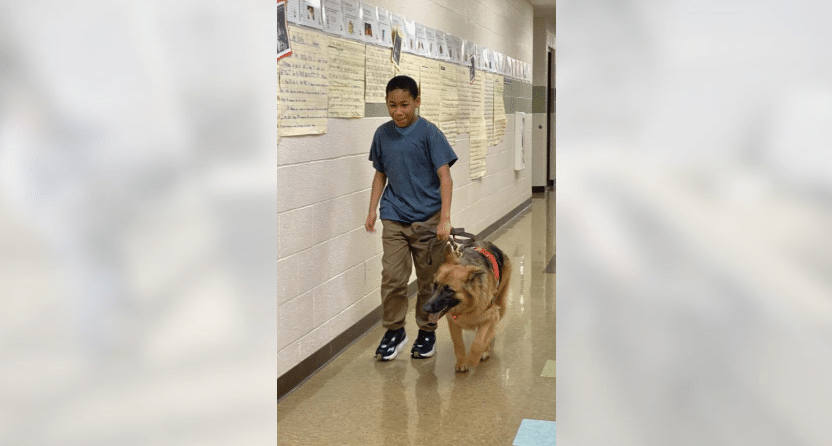 Redmond saw that Beau brought genuine comfort to everyone.

Just like to Beau, Shannon gives comfort and calmness to the school. The Therapy dog currently devotes a day per week, but the school’s goal is to increase Shannon’s schedule to two days a week by year-end.

If the students do well in their classes, they get to meet Shannon as a reward. D’Eionte has the most goals achieved, so he has spent the most time with Shannon.

He takes his time to train Shannon using hand signals that indicate obedience commands such as sitting, standing, and the like.

D’Eionte loves the dog so much. He said that Shannon is the best part of his day.

According to Angela Holland-Tancos, a dog trainer who previously worked with Shannon before becoming a school therapy dog, students and staff should practice the act of asking the trainer’s approval to pet the dog habitually.

Holland-Tancos said that she likes seeing the kids and Shannon being comfortable with each other.

The Warren City, together with its Districts, has teamed up with Local Kennel Club for almost ten years taking therapy dogs to district schools. Some students work with the dogs in the library, just reading and spending time with them.

Redmond believes that Shannon turned out to be part of their School’s Family, bringing comfort and calmness to the students, teachers, and staff.

Thanks to the Tribune Chronicle for sharing the original story.