Home Dog Videos One Skinny Mama Dog Slowly Gained Her Weight Back And She Blossomed... 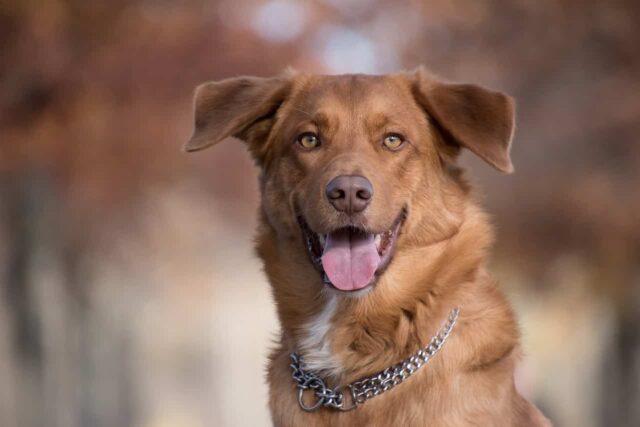 When foster mom Aria first found Bella, the mama dog of three puppies, she was tied up and she could see every bone in her body. She was so skinny yet she had puppies to take care of. When Aria approached her, her whole body wiggled and her tail wagged so hard. But she was a very sweet dog who did not even bark when Aria grabbed her puppies.

After untying her, she quickly followed Aria into the car and she felt like she could not leave this dog behind. She knew she needed help and so did her puppies. When they first weighed her that night, she was a mere 29 pounds and her puppies were not looking really good.

Sadly, two out of her three puppies did not make it through the night as they were too sick. But one of them named Luka pulled through and in no time, he found a home to take care of him. As for Bella, Aria was working for her to gain weight with four meals a day and protein-packed foods. Bella was still in survival mode but she was trying to recover.

It was a long process but slowly, Bella started to gain weight and her coat looked brighter. She became even more friendly and she also loved to cuddle. Aria’s favorite part about Bella’s recovery was her learning how to be a dog. At first, she was wary of other dogs but soon enough, she learned to be comfortable enough with them to play.

She started to wag her tail more and she loved exploring nature. So they started to go on hikes where Aria was confident to take off her leash and she enjoyed it. They also had beach days which were her favorite days. She just loved running by the beach and playing around.

She truly blossomed into the dog that she was meant to be. Now, she found her forever home that she truly deserved.