Home Dog Edge Dogs Are Pranked By Their Mom When She Played Videos Of Cats... 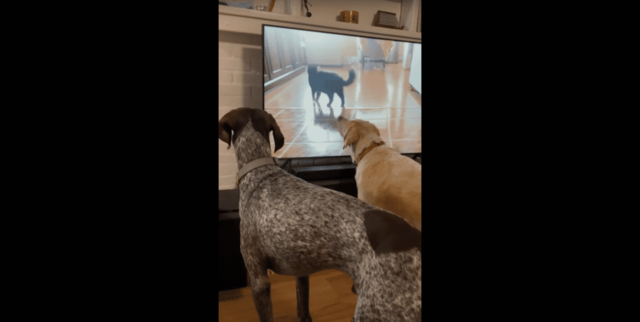 Dogs are typically known for being intelligent, but sometimes, certain human concepts elude them. Examples are a Golden Labrador named Zazu and a German Short Haired Pointer, Walle.

In this funny video, these dogs’ mom plays a series of videos for her dogs that feature cats and squirrels. The dogs naturally responded to it, and they nearly broke the television in their excitement. 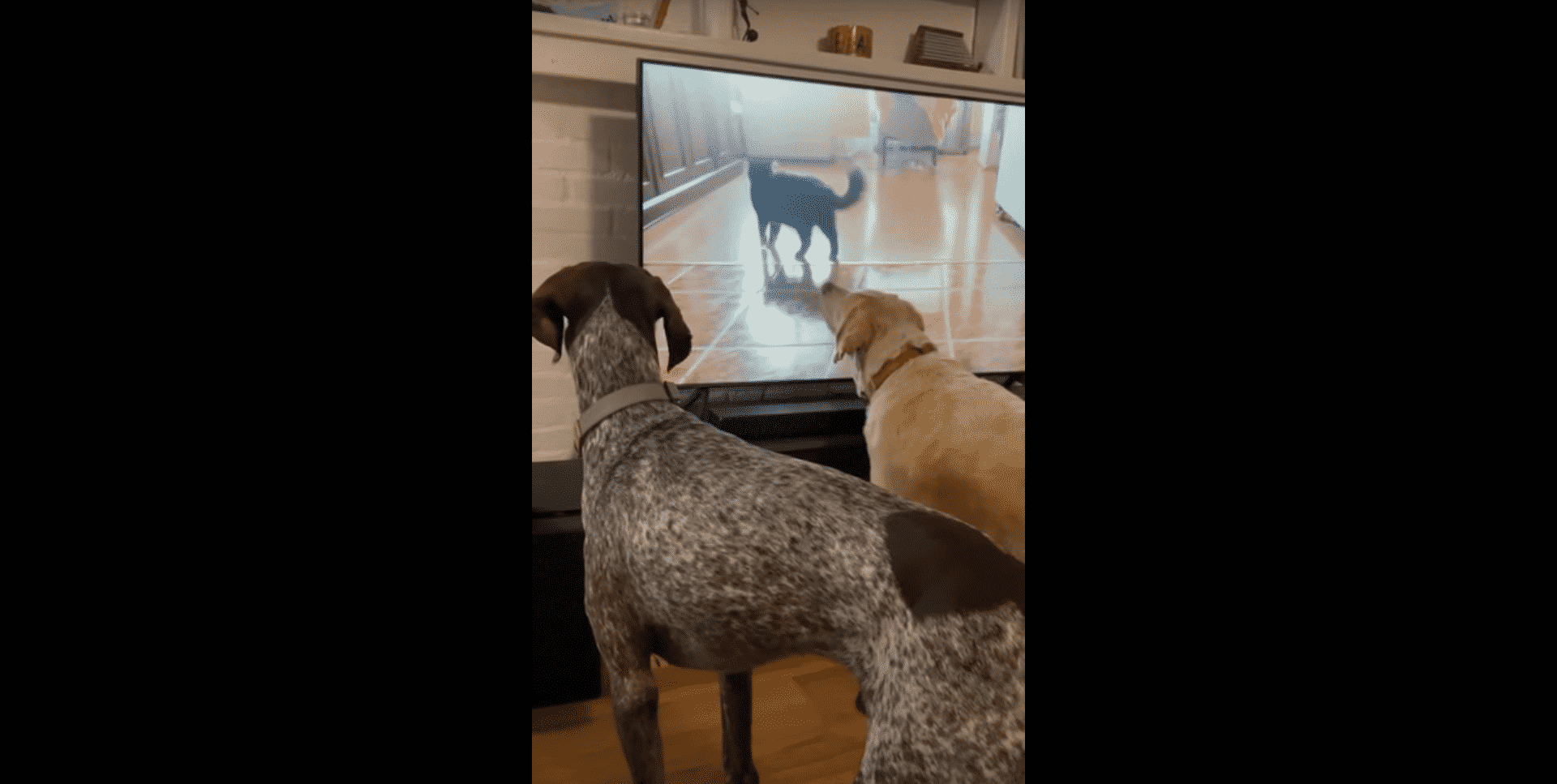 Zazu barked at the cats meowing and moving around on the telly while Walle was more fixated on the squirrels.

The GSP sniffed and tried to locate the felines and rodents, checking the television sides and back. That’s due diligence, and we can’t help but love these dogs even more. 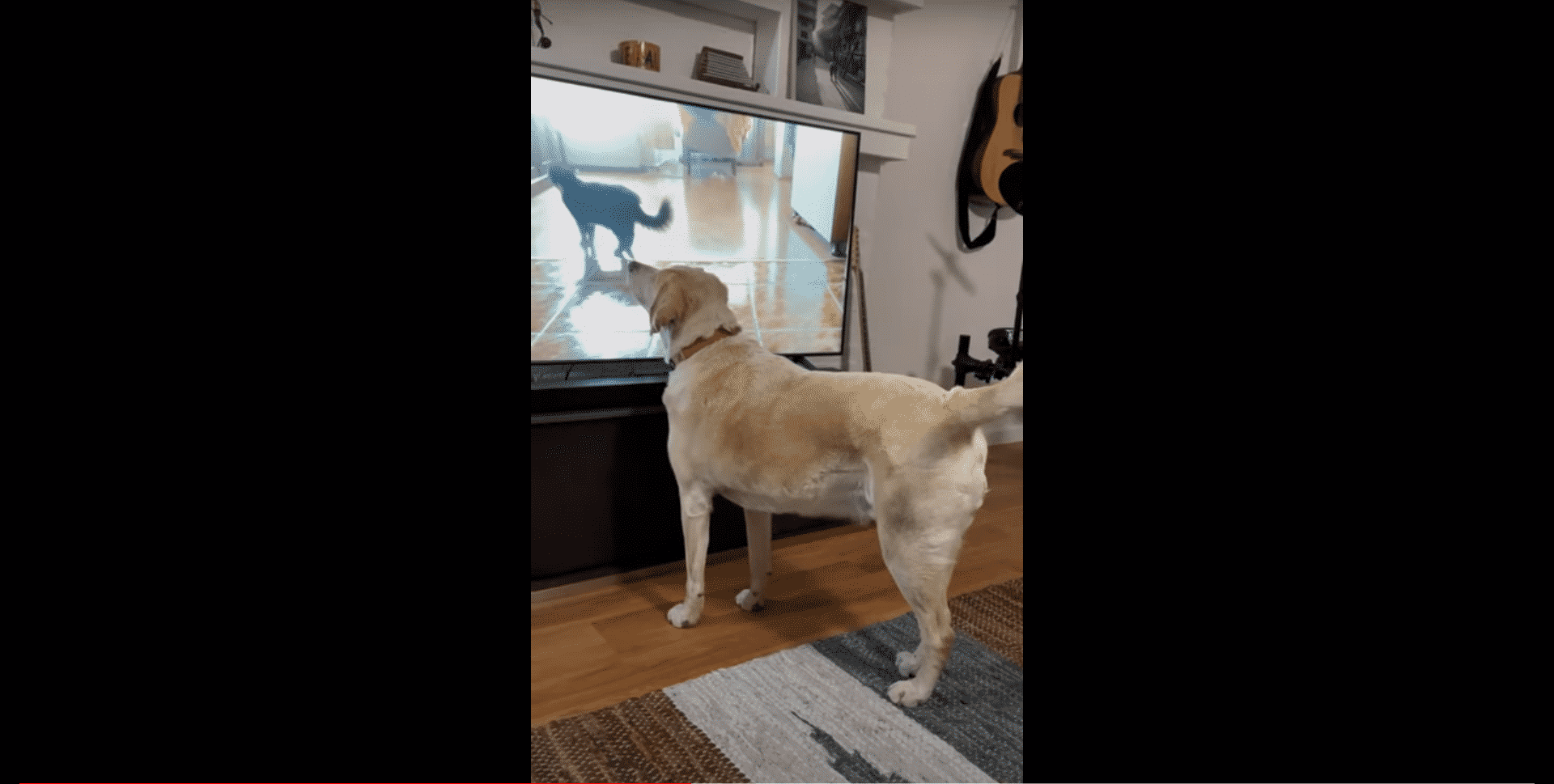 The Golden Labrador appeared to be concerned about the cats, but he also watched the squirrels as they ran around the telly. The dog probably wondered why those rodents didn’t appear to be scared of them.

It’s amusing to see how Zazu and Walle tried to catch the cats and squirrels on the screen. They were absolutely bamboozled! 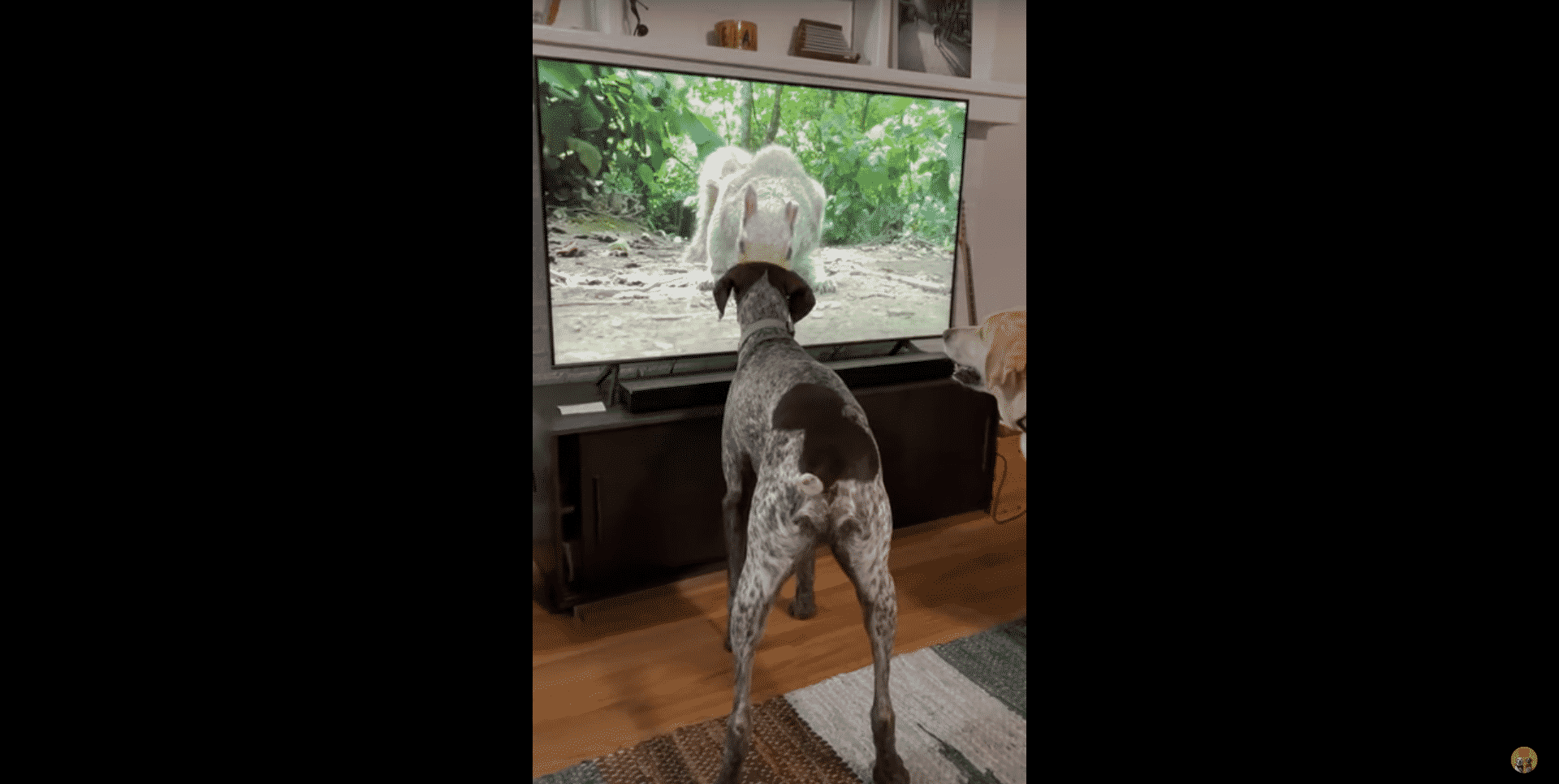 Their confused reactions said it all, which just goes to show that even our furry friends don’t always understand certain things. That’s okay, doggos, we won’t take it against you.

This video is a must-watch for any animal lover, and it’s sure to put a smile on your face. Who knew that such videos could raise these dogs’ hackles? We certainly didn’t, but these dogs’ behavior sure proved it. 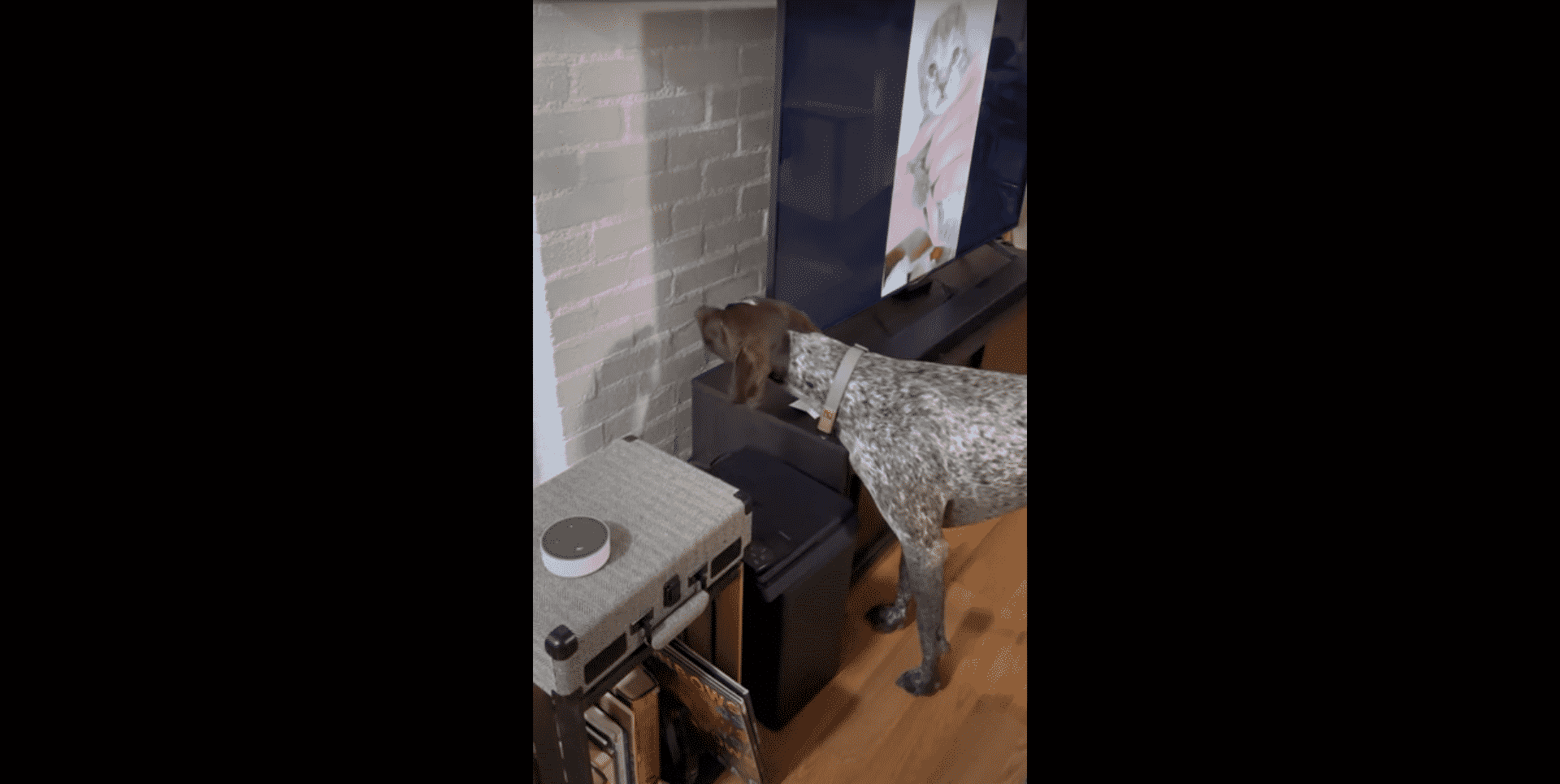 Overall, this video is hilarious and will put a smile on your face. If you’re looking for a good laugh, you have to check this clip out.

If you have any funny videos of your pets, share them with us in the comments below. We love seeing happy, healthy animals living their best lives!