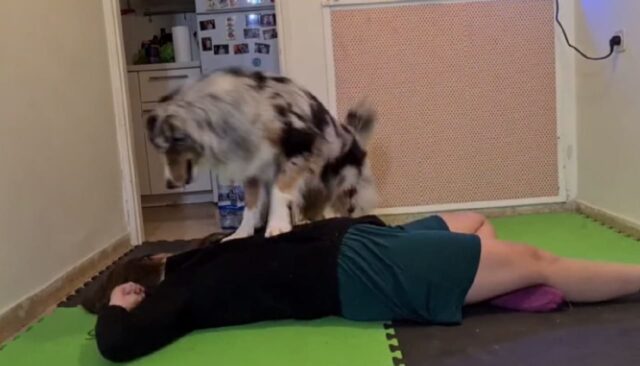 Everyone knows how our canine pals dote on their beloved hoomans. The moment they sense that something’s wrong with their fur parents, dogs do everything to help them.

Thus, a canine performs CPR when its fur mom “faints.” Yet, even if everything’s merely a drill, the doggo executes the emergency procedure properly to revive its beloved fur mom.

Out of the way! Cooper to the rescue!

In this thrilling yet incredible video, one can initially see a spot-furred pup named Cooper sitting on the floor. With the way Cooper glances at his fur mom, it seems he’s waiting for her to dole out an exciting object to him. 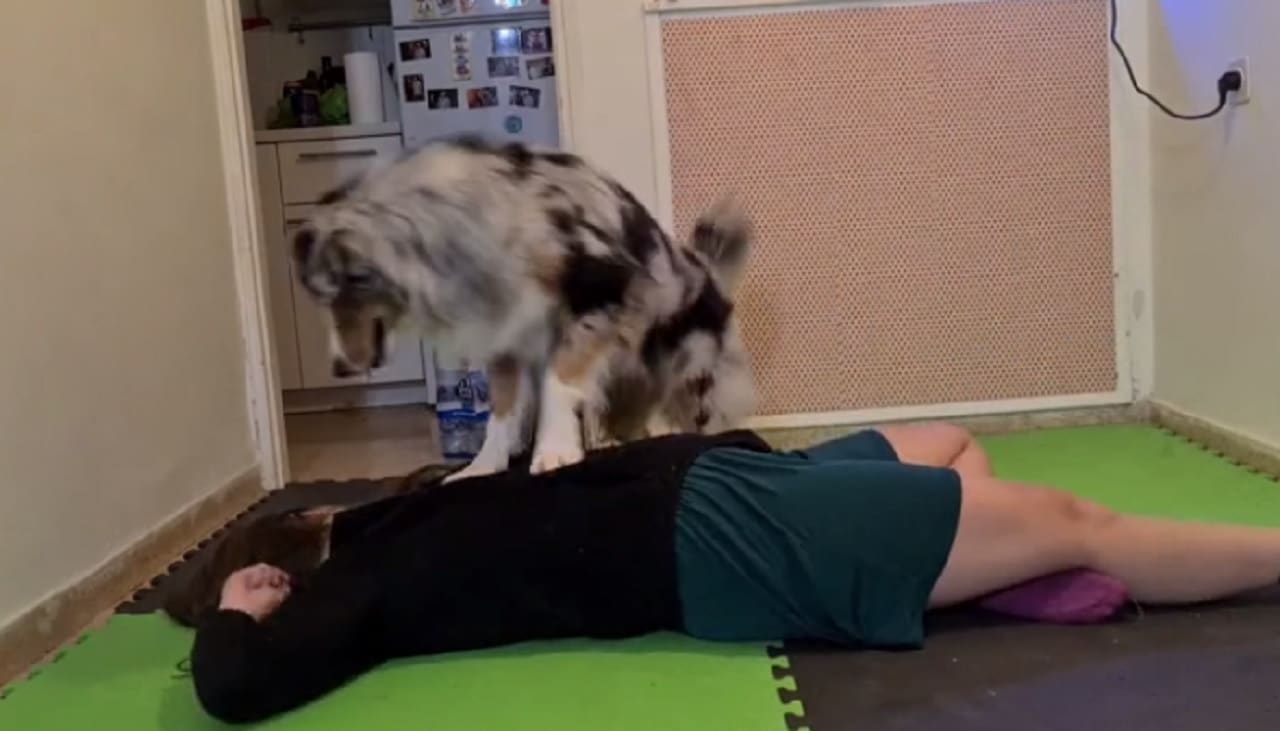 Yet, Mom suddenly tumbles to the ground and lays on the rubber mat unconscious. With the way things look, Mom suffered a fainting spell of an unknown cause.

As soon as Cooper sees his Mom in dire condition, he immediately pounces on her and checks her condition. But, before anyone can comprehend the pup’s plan, Cooper starts performing CPR on the woman.

As the video progressed, Cooper carries on with his frantic performance of the emergency procedure. The pup continues with the task until he stops for a moment to take a breather.

Sensing that the doggo needs some motivation to carry on with the CPR, Mom then sneakily doles out a delectable doggy treat to Cooper. This move ultimately motivated Cooper, prompting him to carry on with another cycle of the procedure. 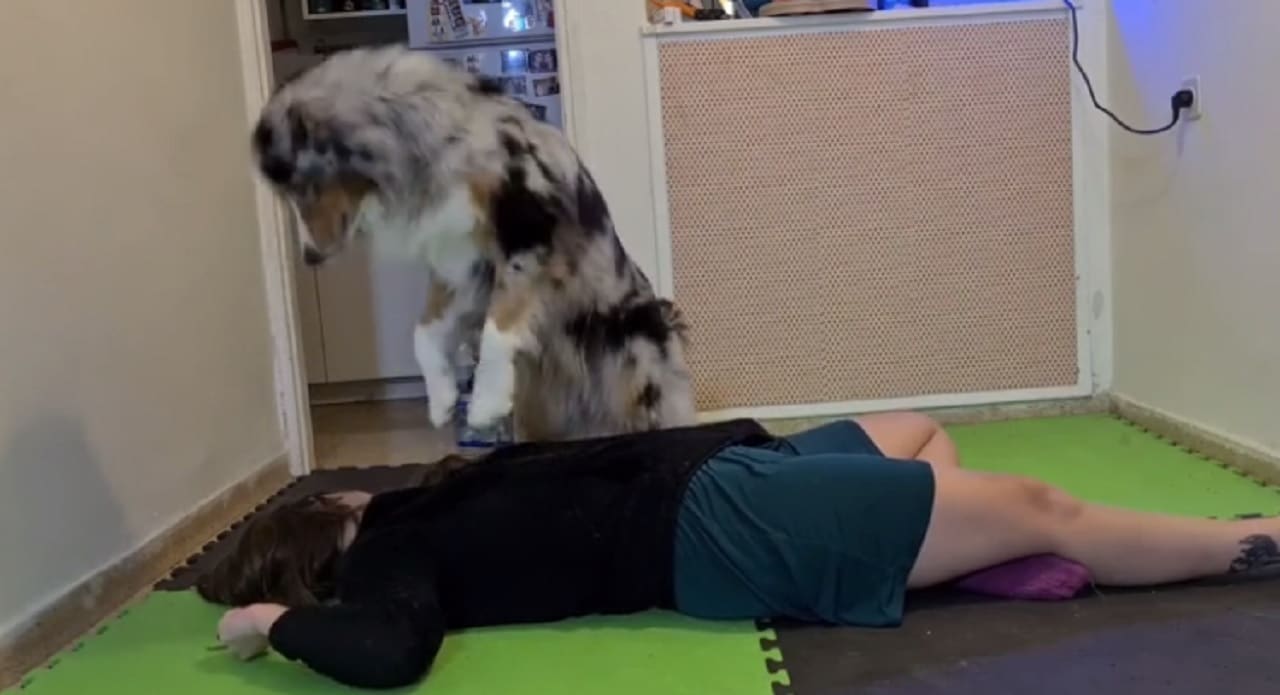 For the next few seconds, the helpful doggo continues with the task, determined to wake Mom. At some point, Cooper even whines while doing the activity to persuade Mom further to wake up.

Do you think Cooper successfully revived his fur mom? Stay tuned to the footage below to find out.