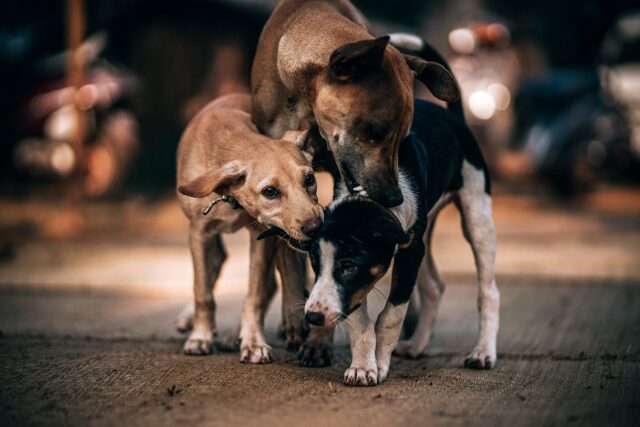 Three dogs from Cologne, Germany have become internet sensations because of adorable footage that their owner posted on the popular video-sharing app called TikTok. In the clip, the pack, Mojo, Rana, and Mateo, was seen looking at their old photos in their owner’s phone before recreating their poses. So far, the footage has already earned millions of views, comments, and likes.

The trio strikes adorable poses every day, which their owners, Vanessa and Rafael, capture and post on their social media pages. They share their daily life with their pets, including their travels and training tips.

In the viral 50-second video, the owner showed the dogs’ photos to the camera before turning the phone for the dogs to see. After looking at the screen, the pups copied the pose, much to their TikTok followers’ delight.

According to Vanessa, she and Rafael have Portuguese roots. However, they were born and raised in Germany. Mojo is from Germany too, but he has been with two families before finding his forever home in Vanessa and Rafael. Rana was born in Portugal and has that southern temperament in her blood.

Mateo, on the other hand, is the frugal and good-mood one. According to Vanessa, he perfectly rounds off the family. Mateo was rescued in Crete and has a missing paw. Because of him, part of their blog features what it is like to have a dog with a disability.

Aside from that, the doggy family’s blog also has a section about “free-shaping.” That means that they promote letting canines learn tricks on their own by using treats and positive reinforcement.

In the viral video, many people were amazed and wondered how the dogs achieved the “copycat” trick. They commended how adorable and smart the pups are. However, others also suggested that the clip was played on rewind, making it look like the dogs recreated the photos.