Home Dog Edge This Pittie Grew Up With Cat Siblings And Now He Thinks He’s... 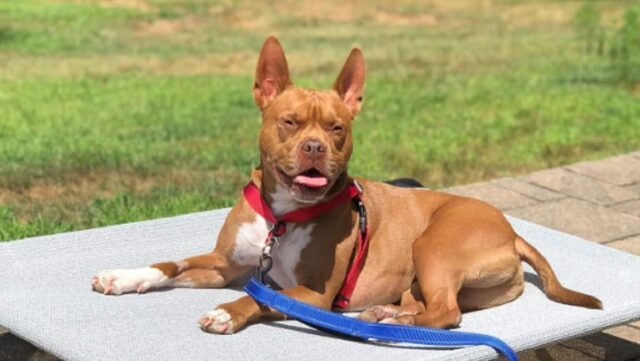 Ulysses, or Uly, a Pitbull, lives with his mom and his two cat siblings, Oscar and Earnest. His brothers, born several years ahead of him, were first to arrive. Later on, his mom adopted him and made him part of the family.

Without any other dogs in the house, Uly had no other role models than his feline siblings. From the start, he was curious about them and he was so eager to spend time with them. Oscar, however, wasn’t so into him, but Earnest had no problems keeping him around. 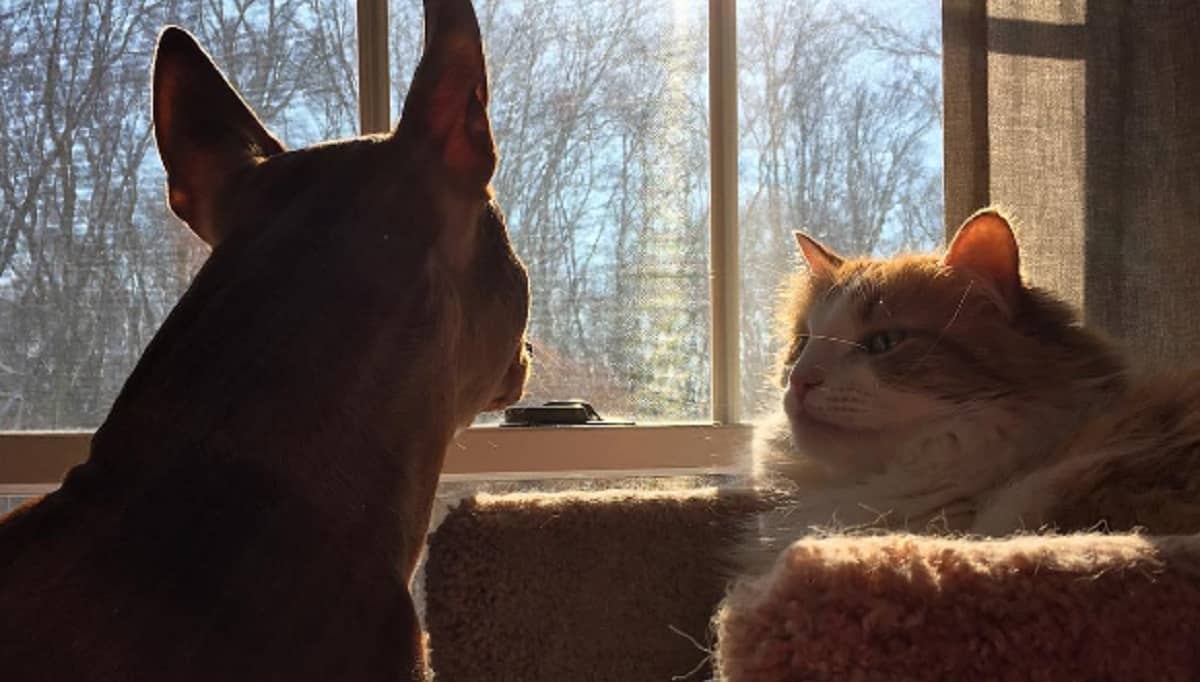 Now 6 years old, Uly is pretty much a full-grown dog. But apparently, he thinks and acts otherwise. He believes he is a cat, and almost all of his actions prove that.

Uly is a clumsy and loud dog. He acts and runs so fast and he’s always in the mood to play. The thing is, he is more interested in hunting a rubber mouse than to fetch a ball. More so, prefers to stay indoors with Earnest than to be outside. 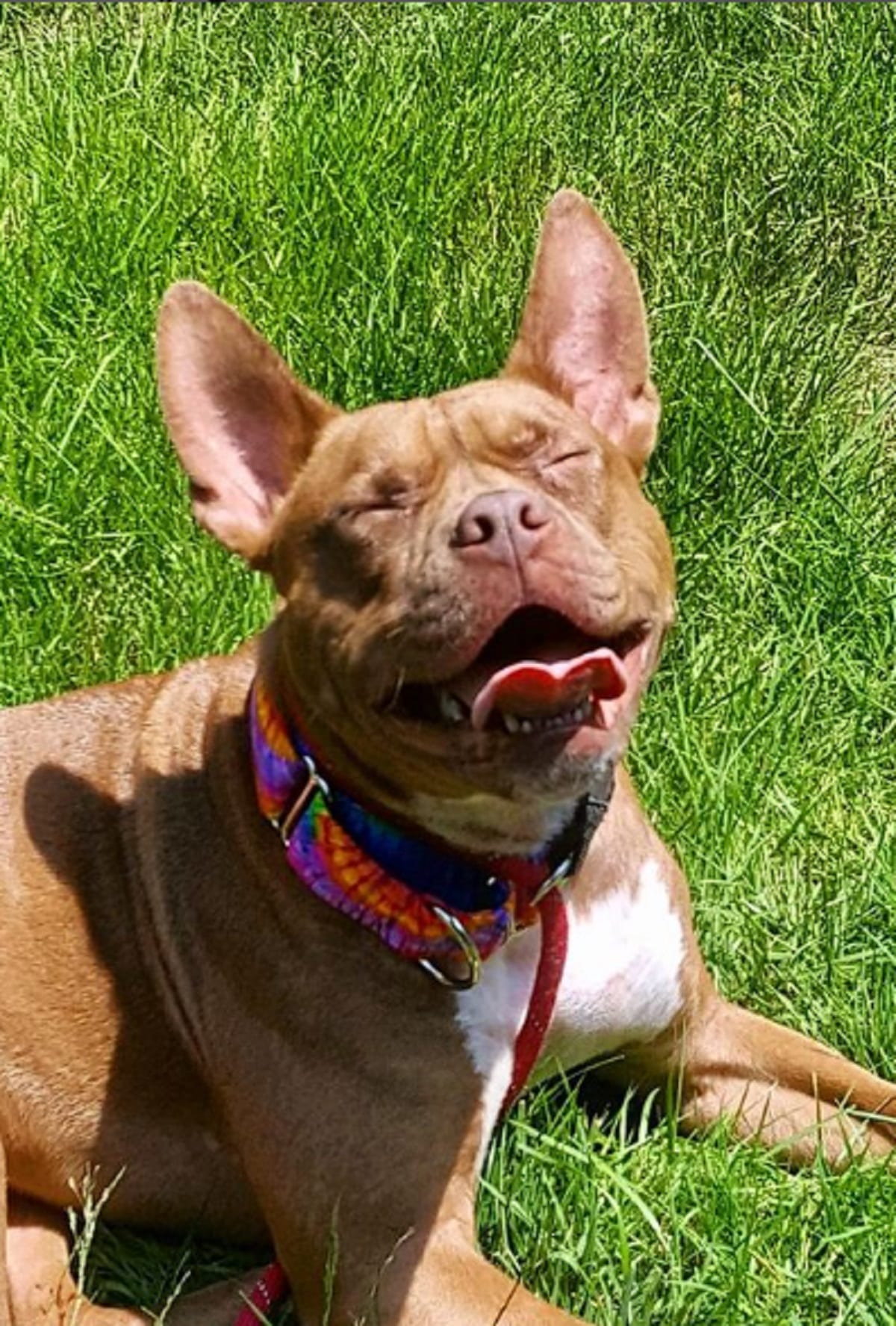 The more time Uly spends with his cat siblings, the more he picks up their way. After watching them a few times, he can now jump into the kitchen counter, and he will rest on top of it as Oscar and Earnest do. It’s just that, sometimes, he needs his mom’s help to get down.

When he’s not playing, Uly spends his time snuggling with Earnest. He loves to cuddle with his cat brother even though Earnest bullies him sometimes. He knows the cat is his older brother so he gives it due respect no matter what. 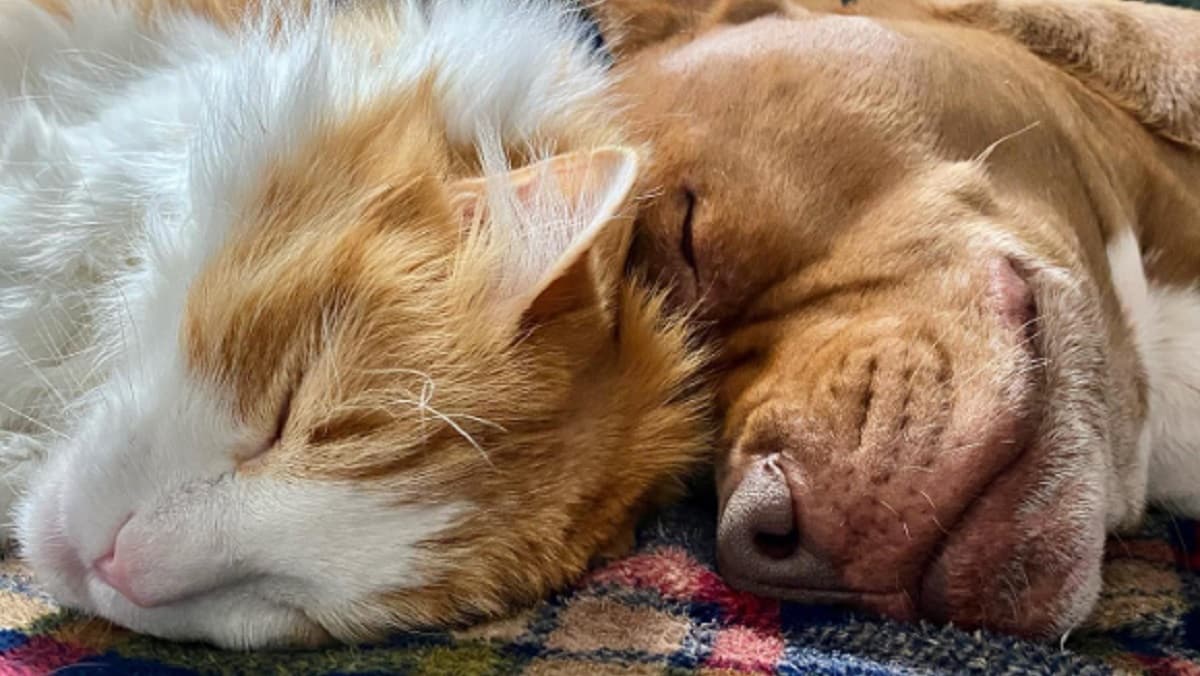 Any kind of attention from his cat siblings is 100% positive for Uly. When any of the cats purr, the dog interprets it as playtime. And when one of them sits beside him, he knows they are about to get into something mischievous.

Uly is a dog and Oscar and Earnest are cats, but he feels no different than them. Despite their differences, he fits perfectly with them and that’s all that matters.

Credits: Instagram@Ulysses and The Dodo

Dogs Are Pranked By Their Mom When She Played Videos Of Cats And Squirrels, And The Dogs’ Response Will Amuse You

Smart Poodle Tells Mom What She Wants, And The Dog’s Sweet Behavior Will Make You Want To Get A Poodle For Yourself

Curly-Haired Dog Pretends Not To Hear Her Owner Call Her Name, But All Of That Changed When The Dog Heard This Word