Home Dog Videos This Ginormous Dog Wanted Nothing But To Love And Feel Loved And... 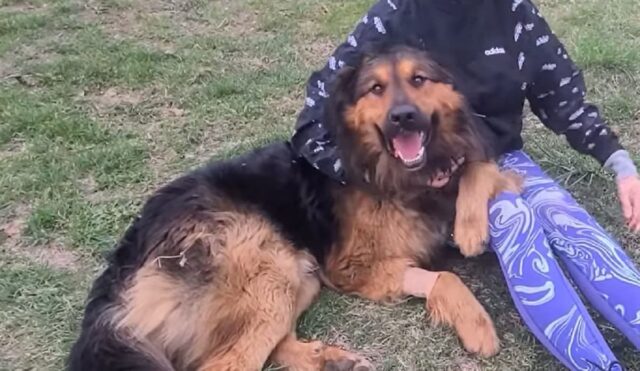 In Gorenka, a village in the capital city of Ukraine, a dog named Porshik once lived. He spent no less than 1.5 years with his previous family and he probably lived well. But when war broke out in the country, his owners immediately fled and left him behind.

The young dog lost his family and his home in an instant. But even after he had nothing, he stayed. He guarded the ruins of his old home and only when he needed to search for food did he leave the yard. 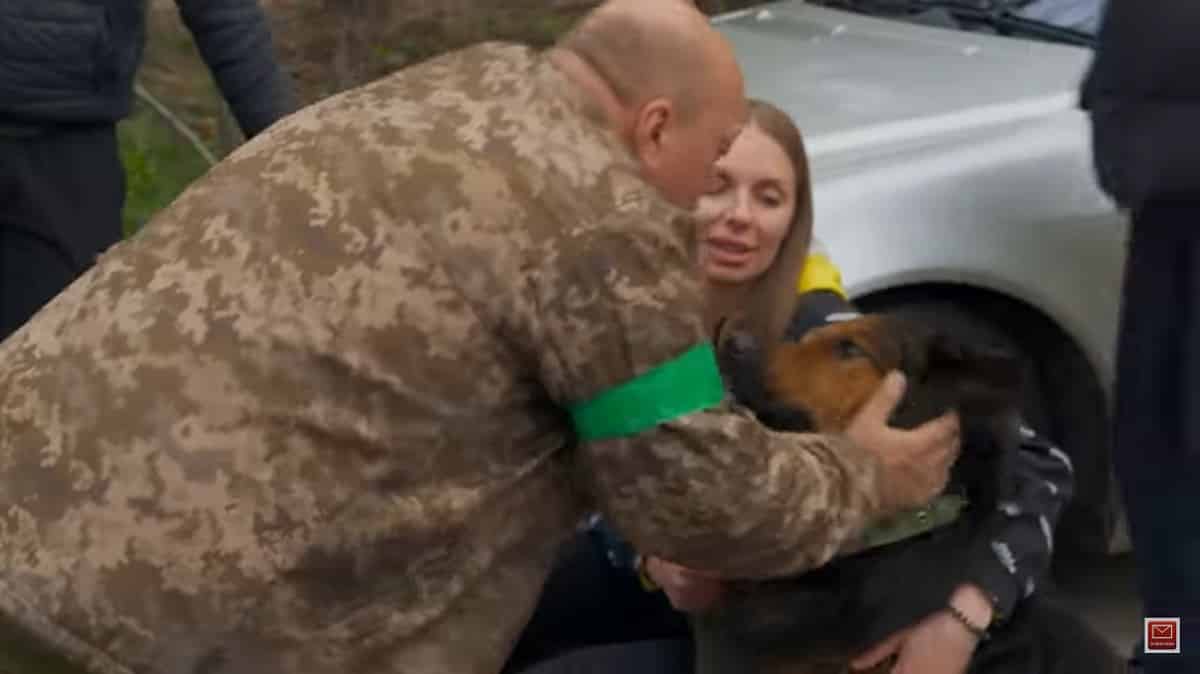 Porshik wasn’t so lucky in scavenging for food. But he was still fortunate because soldiers in the area found him. They gave him water, food, and shelter. They protected him the best way they can and he returned the favor by letting them know something was about to happen.

It wasn’t the ideal set up but living in a barracks with his soldier friends was the best option available for the dog. But as everyone knew, he couldn’t stay with them for long. Thankfully, Olena Pyanov of the nonprofit animal rescue group Love Furry Friends came and gave him a shot to live a better life. 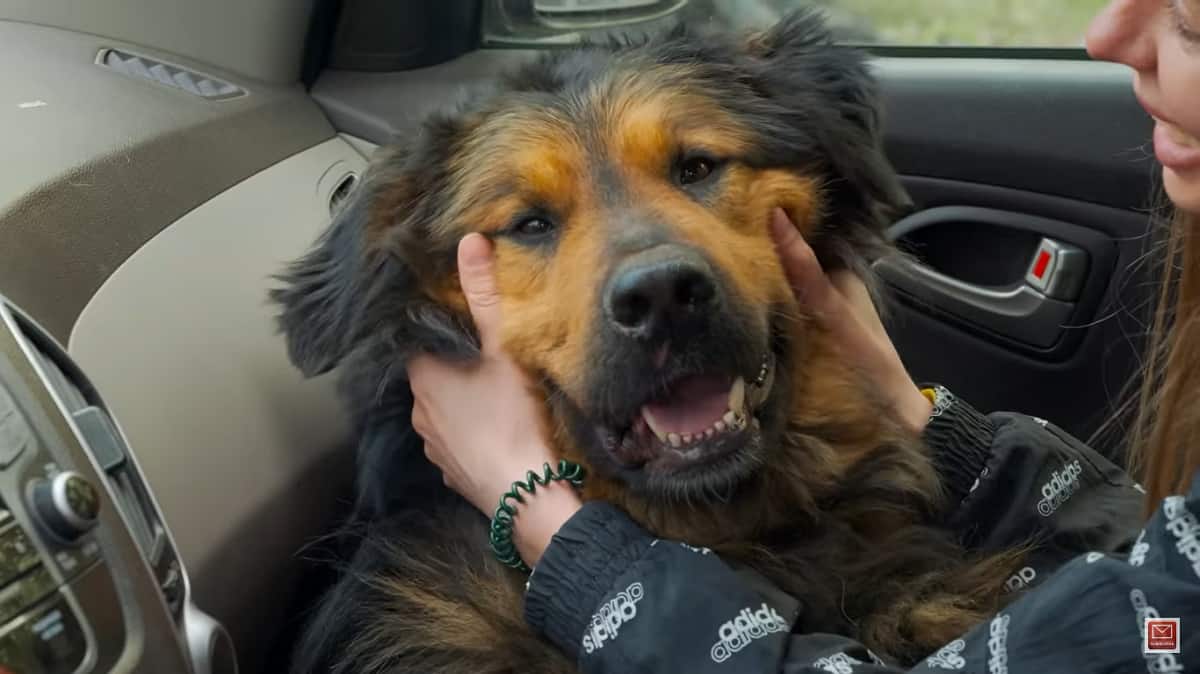 The moment Olena met Porshik, she realized in an instant that he was a sweet, loving, and gentle dog. Despite being abandoned, he did not hold any grudge against anyone. He was friendly, she knew he’d be an impeccable addition to any home.

Before putting the dog up for adoption, Olena needed to teach Porshik a few things. She trained him how to walk on a leash without pulling. She also helped him build his social skills by letting him play with her dogs. And within a few days, he did so well that he was more than ready to find his new home. 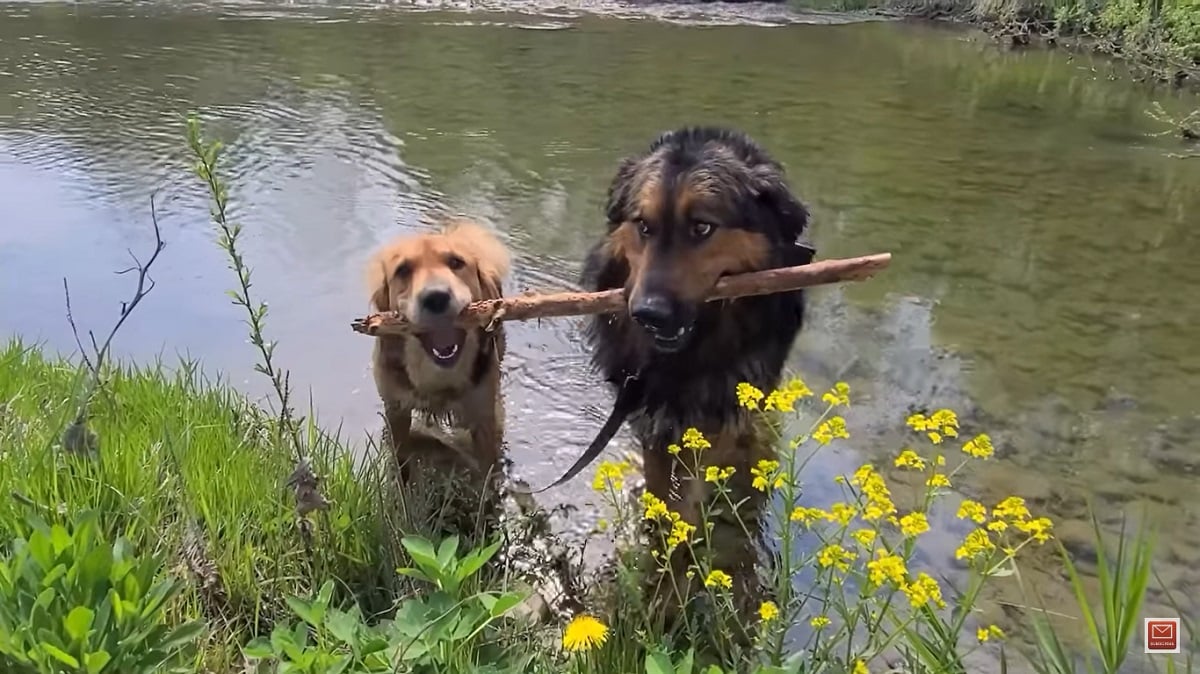 Olena shared Porshik’s story on social media and a lot of individuals and families fell in love with him. They all wanted to adopt him and she made sure to pick his best match. Before long, he was on his way home.

Porshik is huge but he is nothing but a baby that wants and knows nothing except love. He is a teddy bear that’s always ready to cuddle, and he is delighted to have a new mom who likes to snuggle him all the time.

Dog Gets Himself Rescued From Being A Stray, And The Way He Did It Is Proof That Dogs Are Intuitive Beings