Home Dog Edge This Dog With Multiple Disabilities Found A Best Friend That Made Her... 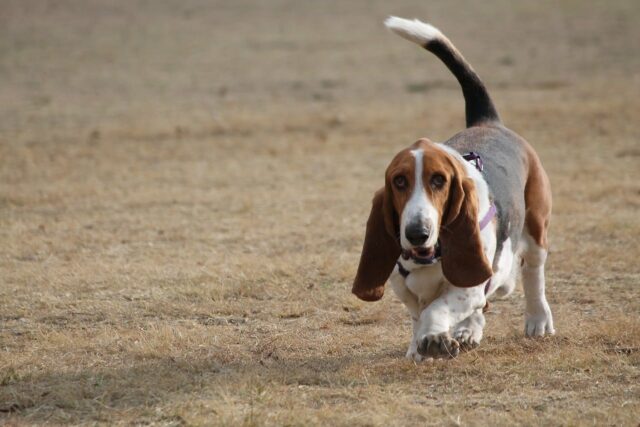 There is only a number of people who would go out of their way to foster a dog with multiple disabilities. These people understand what it takes to give helpless animals a normal life. They are also aware of the immense satisfaction that comes with caring for those who can’t care for themselves.

A kind woman named Ashleigh was hesitant at first to foster a blind and deaf dog. Her hesitation was not due to the nature of the dog she would foster. It was rather because she was worried if her other dog would be welcoming to the new one.

The blind and deaf basset hound named Beignet was not in a good physical condition and could not be bothered to socialize. Fortunately, Ashleigh’s other dog, Beefy, was very kind and hospitable to his new friend. The smaller dog would often go out of his way to approach and lay beside the older disabled dog.

Beignet reached her first milestone when she started to get up and walk more frequently. Her second milestone was gaining proper weight and eating better. All of those goals were met while Beefy was there acting as a supportive brother.

Ashleigh thought that fostering Beignet was going to lead to a hospice care situation. Fortunately, as the dog became stronger and healthier, the fostering situation turned into permanent adoption. Ashleigh is proud of how things turned out for her and her new dog.

Sometimes Ashleigh would take Beefy and Beignet to wonderful locations for sightseeing. Most of the time, the two dogs are riding a stroller while they take in the view. That might look silly, but Ashleigh finds it to be a fun way to move her dogs around.

Not everyone would be kind enough to take on the challenge that Ashleigh did. Even though she was hesitant at the beginning, she never faltered. As a result, Beignet experienced a rare opportunity to live her best life.