Home Dog Edge These Puppies Born On An Unlucky Day Proved To Be Lucky Pets... 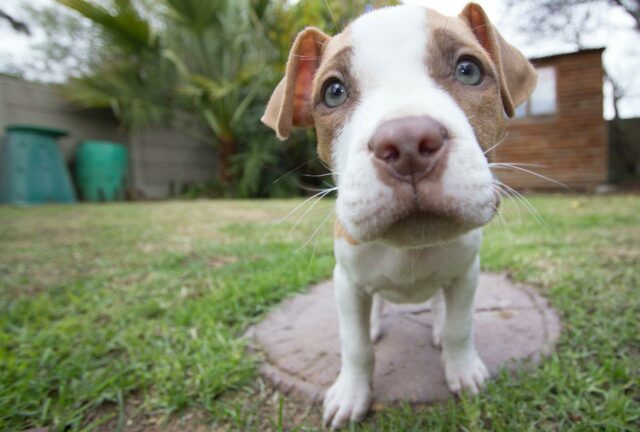 Friday the 13th is known as an unlucky date. That’s why when a pit bull gave birth on that day, her owners were concerned. Fortunately, despite such an ominous coincidence, the puppies turned out to be lucky charms for their owner.

Two puppies in the litter stood out to the owner. One is named Annabelle, and the other is named Norman. These pit bulls have always been close to each other since the day they were able to open their eyes. Therefore, keeping them was an easy decision to make.

Anabelle is a very clingy dog who has no regard for personal space. Even so, her owners love the way she showers them with love. When they come home after a long work day, they appreciate how Anabelle is eager to lick and please them.

Norman is a dog who whines a lot but is also very goofy. If Anabelle is the affectionate one, he’s more of the comedy relief. Together, they form an adorable duo that likes to get into all sorts of funny antics.

Annabelle often likes to play silly games with Norman. For example, whenever he’s just lazing around, Anabelle would bark at him. If Norman doesn’t chase her, she will come back and bark again until he does. They do this every day in every corner of the house.

Despite all teasing, Anabelle also shows a lot of affection towards Norman. She would constantly snuggle with him and lick his ears. Norman is always patient with her, acting as a tolerant big brother.

These dogs have lived with their owners for four years and counting. They’re great examples of how pit bulls can be in a loving environment. Anabelle and Norman couldn’t be more different than the negative stereotype about pit bulls.

Dogs Are Pranked By Their Mom When She Played Videos Of Cats And Squirrels, And The Dogs’ Response Will Amuse You

Smart Poodle Tells Mom What She Wants, And The Dog’s Sweet Behavior Will Make You Want To Get A Poodle For Yourself

Curly-Haired Dog Pretends Not To Hear Her Owner Call Her Name, But All Of That Changed When The Dog Heard This Word