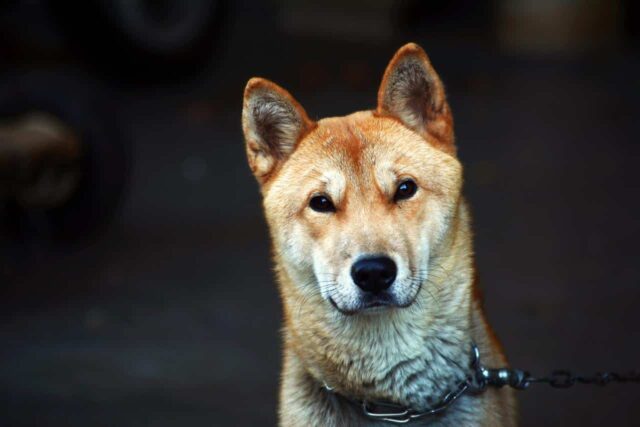 A lot of stray dogs find it hard to scavenge for food. However, depending on the neighborhood, some of them can become well-fed. Many generous individuals are out there willing to give a stray dog some leftovers. Some of them even cook special meals for stray dogs.

One Korean stray dog named Gapsoon has no shortage of food. She goes to several business establishments where people are willing to feed her. The most surprising aspect of this is how frequently she gets to eat, which is 13 times a day.

A team of cameramen followed Gapsoon to see where she got her food from. They found out that the dog has three places she regularly goes to. Two of them are factories that are next to each other, and one of them is a restaurant.

Gapsoon gets a lot of healthy meals, and some are even prepared specially for her. For example, one lady cooks chicken rice porridge whenever she knows Gapsoon is coming. Most of these meals are eaten hastily by Gapsoon, while some are taken to a remote area in the nearby hills.

The cameramen followed the stray dog to see where she was taking some of her food. Following her also meant that they would get to learn why she eats so much. When the camera crew arrived at the location, they saw several puppies inside a large mound of dirt surrounded by tree branches.

It turns out that Gapsoon was eating lots of meals so she could stay healthy and nurse her puppies. Any excess food she can’t eat, she takes to them. Her dedication is admirable, knowing how far she needs to traverse every day just for her puppies.

The camera crew also found out that there would be a construction project near Gapsoon and her puppies’ area. This meant they had to be moved away to somewhere safe. Fortunately, a veterinarian and a dog rescuer facilitated the move and transferred all the dogs to a facility where they could thrive.