Home Dog Videos Take A Look At This Adorable Shih Tzu Flashing Its Most Dazzling... 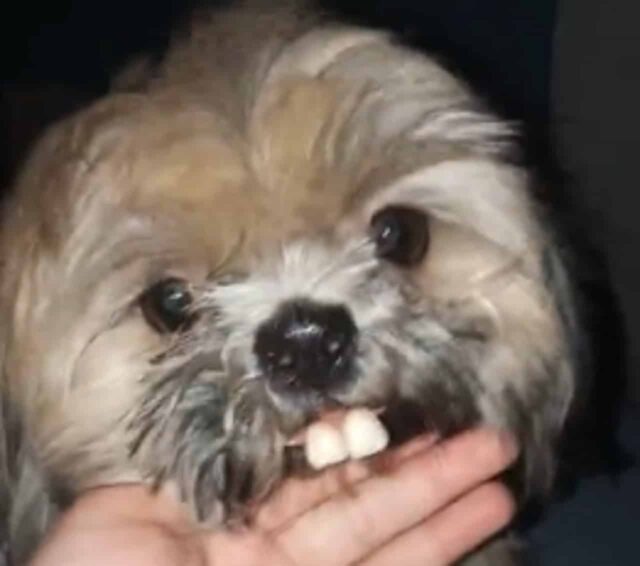 Dogs have a funny way of spicing up our lives with their adorable actions. Even if they don’t realize their silliness, canines carry on with this like it’s the most normal thing on Earth.

With this note in mind, a mischievous Shih Tzu dons its grandmother’s old dentures. Though the pup’s curiosity merely spurs it to try the item on, it inadvertently livened up its fur parents’ day as well.

The video starts with a mix-furred Shih Tzu named Hercules staring at the camera lens in front of him. But, unlike other canines that eagerly investigate, Hercules stays seated and beams widely. 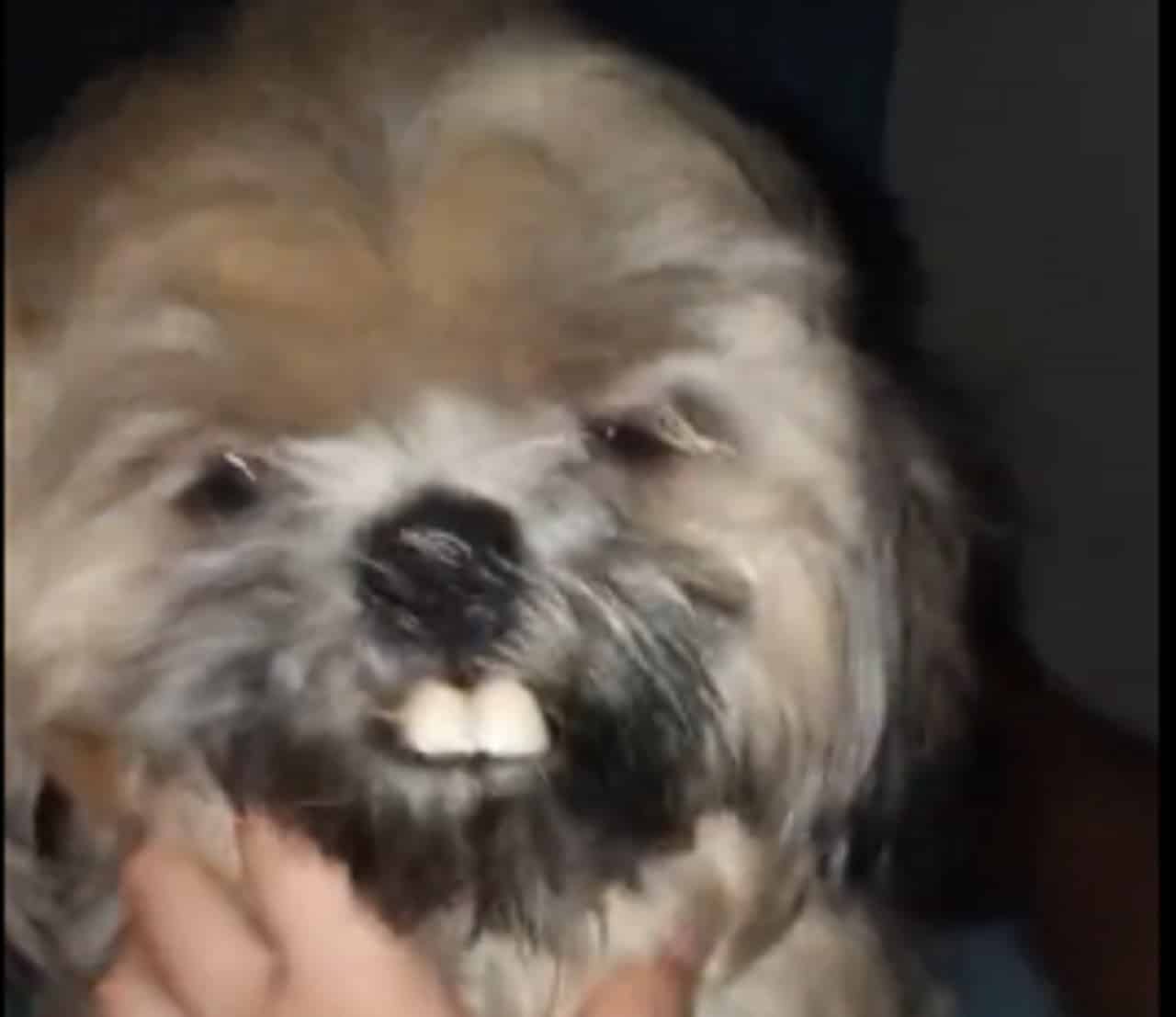 However, as Mom continues recording the pup’s dazzling smile, one can’t help but notice the odd teeth jutting out of his mouth. And, what makes the footage more intriguing is that Mom can’t stop laughing at the sight of the Shih Tzu’s odd pose.

It turns out, Hercules finds his grandma’s dentures in their home. The pup then dons the dentures without hesitation and proudly displays his smile.

As the video progressed, Mom’s finding it hard to contain her mirth as she continues to giggle like crazy. Noticing the woman’s odd reaction, Hercules feels shy as he hides his face from the camera.

But, as Mom’s supporting his chin, Hercules’ got no choice but to lift his head. With this, the doggo resumes displaying his odd smile. 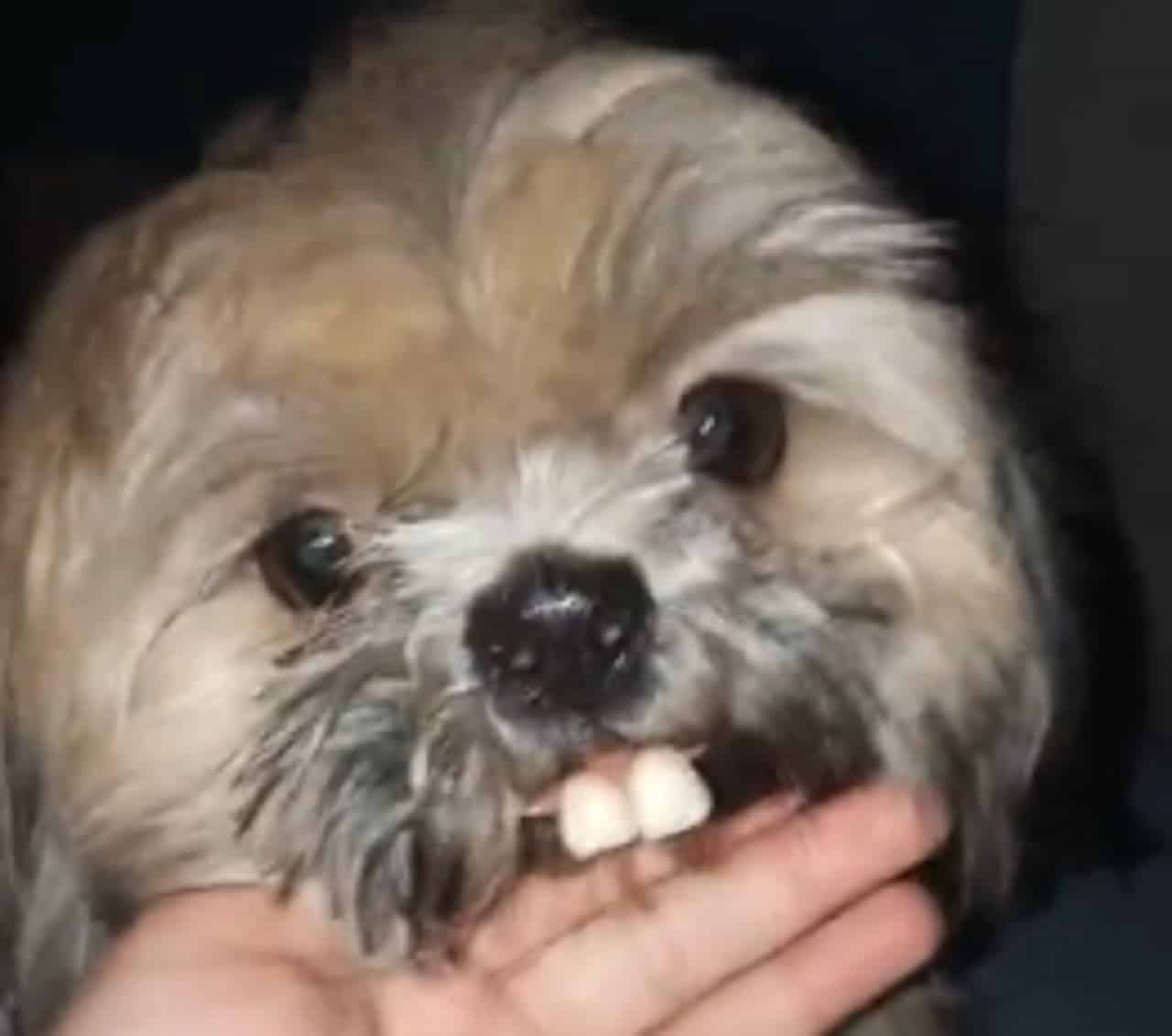 On and on, Mom carries on with her giggling fit, making Hercules feel awkward. Still not realizing what’s happening, the Shih Tzu changes the angle of his head for his fur parents to see his lovely smile.

Do you think the Shih Tzu realized how peculiar he looks? Well, it’s not too late to catch Hercules in live-action if you click on the linked video clip below.