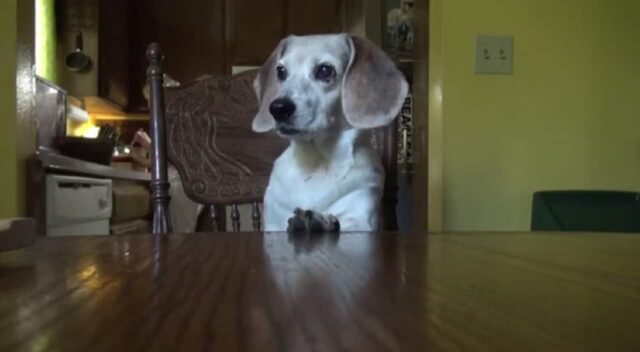 When dogs want something, they’ll do anything to attain it. Even if they look silly in the process, our canine pals don’t care so long as they achieve what they want.

Thus, one hungry Beagle throws a fit to make its fur mom dole out a tasty treat. Though Mom eventually hands a delectable morsel to the doggo, the pup seems to want more as it continues to beg using its adorable antics.

In this comical footage, an adorable Beagle named Emily sits on one of the chairs in their dining room. With the way the pup stares incessantly at a far corner of the room, it seems Emily spots an exciting object. 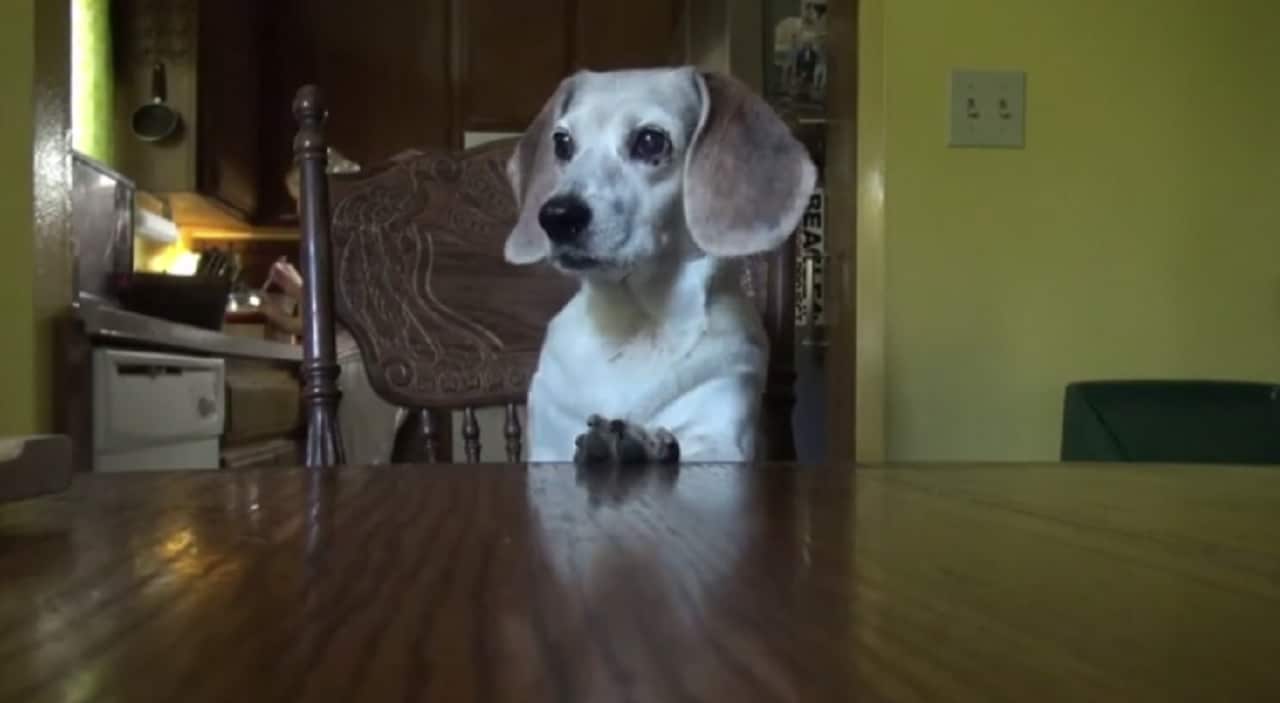 Before anyone could comprehend what’s happening, the feisty pup starts tapping her front paws on the wooden table. As if this move isn’t enough, Emily barks loudly to gain its fur parent’s attention.

However, fur parent fails to hear Emily’s antics as the pup carries on with her hilarious actions. The determined Beagle even whines while scratching her face to make fur parent look her way.

Please, give me some food now.

It turns out, Emily’s throwing a fit to catch her fur parent’s attention. But, no matter how the pup thrashes and yaps repeatedly, fur parent’s adamant not to give in to Emily’s whims. 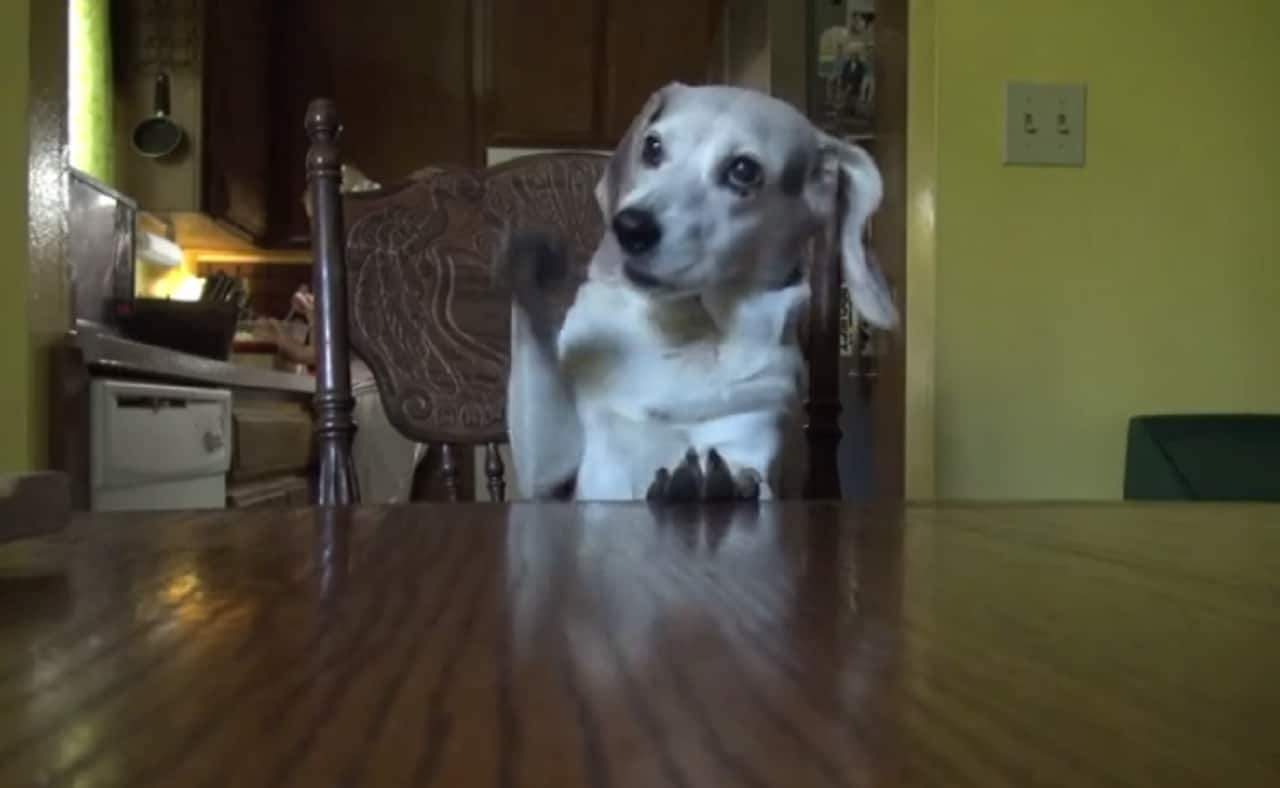 On and on, the stubborn Beagle continues with her adorable temper tantrum until her fur parent finally decides to give in to the puppy’s request. As soon as Emily senses that fur parent’s about to dole out a treat, she then cranes her head closer.

Finally, fur parent throws a delectable doggy treat to the eagerly waiting canine. Do you think Emily’s finally satisfied with her afternoon snack? Continue watching through the video clip below to find out.