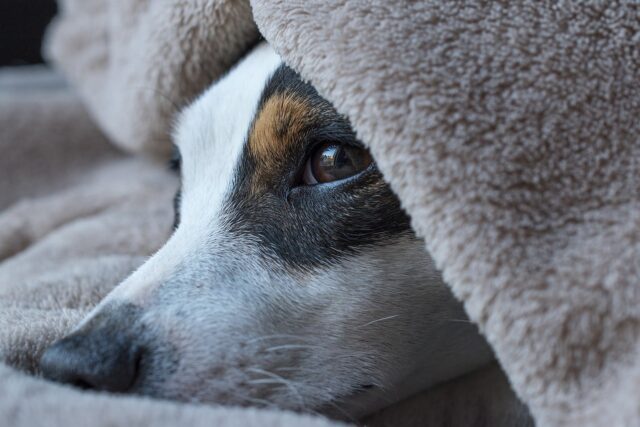 For energetic puppies, sleep is the last thing that’s on their mind. As everything around them is new, our little canine pals prefer to explore everything rather than take a snooze in the corner.

But, a pack of Jack Russell Terrier puppies sapped themselves of their energies as they peacefully take a nap in their doggy bed. And, it seems it’ll take some time before the pups wake up as they cozily snuggle with each other.

Aww, they look so cute!

In this adorably peaceful video, five Jack Russell Terrier puppies sleep on their doggy bed. By the way the pups sleep, it seems they’re tired from whatever activity they performed earlier. 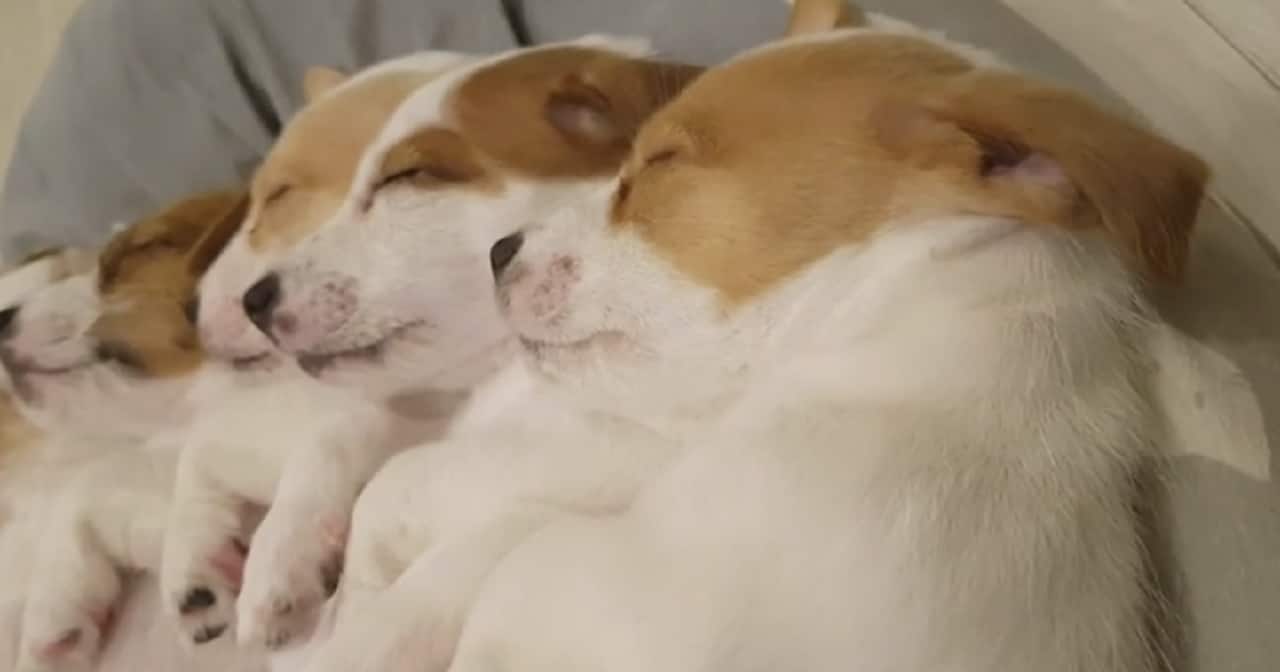 While most puppies prefer picking their respective snoozing areas, these adorable puppies don’t seem to mind snuggling with each other. Thus, their fur parent takes her sweet time filming the peacefully napping puppies.

With that, fur parent slowly shifts her focus on each pup, carefully taking a closer look at each of the snoozing dogs. However, one puppy’s deeply wandering into dreamland as it slightly opens its cute little mouth.

I can’t get enough of them!

As the video progresses, fur parent can’t stop herself from closely observing the adorable sleeping puppies. Yet, as she didn’t want to wake the young dogs, fur parent makes sure to content herself with just glancing at them.

However, the cuteness that the Jack Russell pups exude ultimately brings Mom to her limits as she starts filming their adorable paws. And, it seems Mom couldn’t hold her emotions any longer as she gingerly touches one of the puppy’s hind legs. 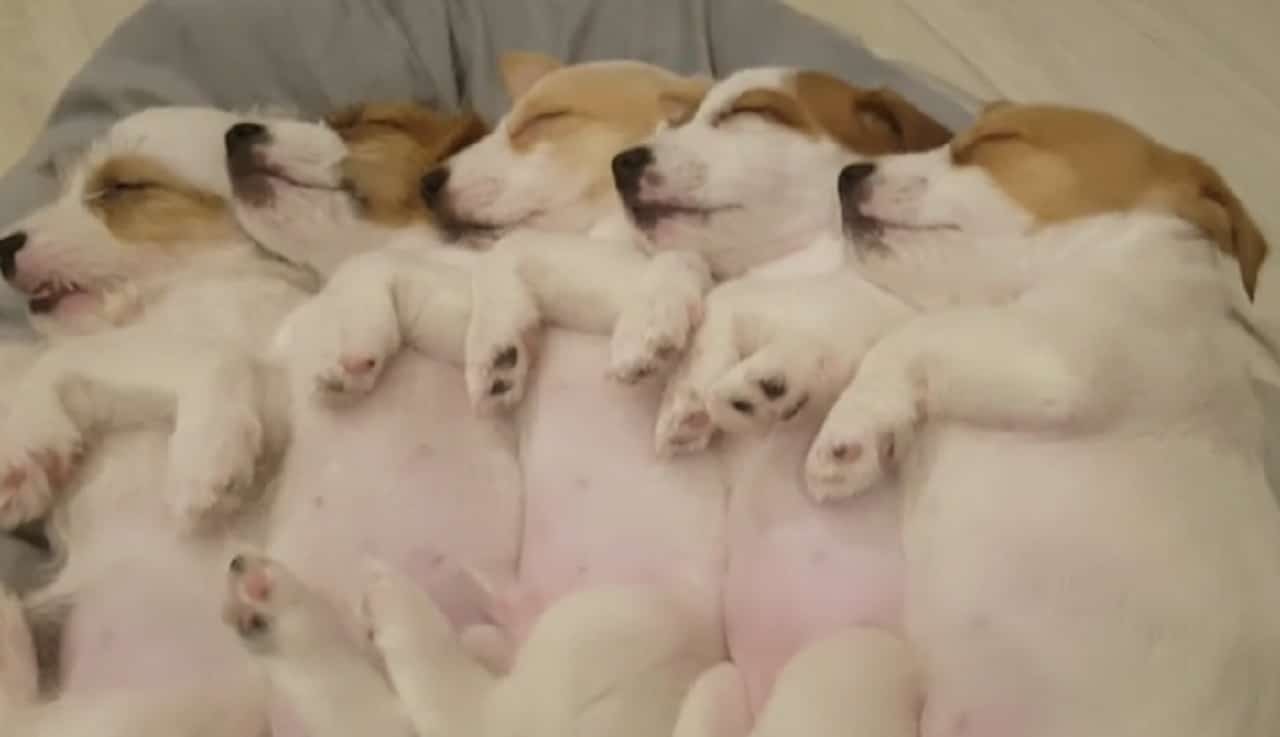 Once she ascertained that everything’s perfect with the pup’s legs, Mom checks the other puppies’ feet. Do you think Mom woke the peacefully snoozing puppies with her actions? If you want to know, then click the linked video below.