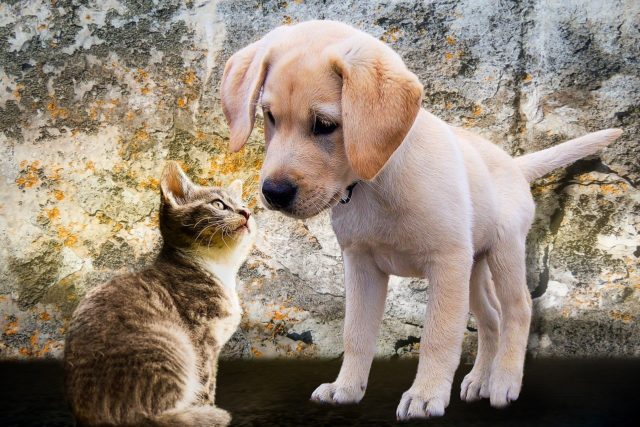 While Morgan McKenzie went for a walk, she heard tiny noises coming from a kitten. When Morgan investigated further, she realized a small kitten was hiding inside a hollow log. The kitten was rescued, and Morgan’s Labrador retriever took great interest in the cat.

Morgan has a large property in Delaware. One morning, Morgan stumbled across a small kitten who was hiding in a hollowed-out log. Morgan decided to leave the small white and gray kitten alone, thinking its mother might return for it. 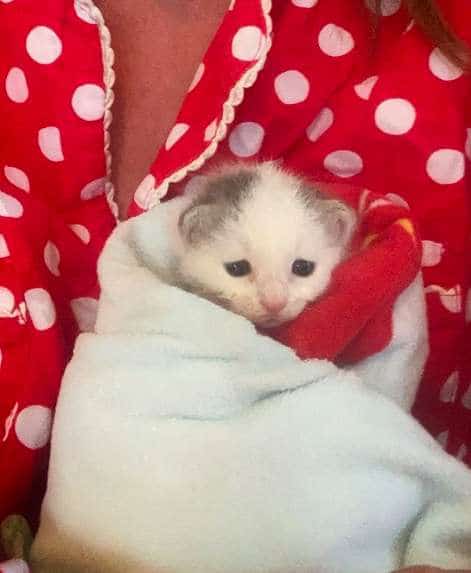 At night, Morgan went back outside to check on the kitten. Morgan could still hear the tiny cries coming from inside the log. Morgan realized the kitten was all alone, and its mother wasn’t coming to find it. Morgan rescued the little kitten from the log and could see it was only a few days old. The kitten’s ears were still folded, and it was hungry. 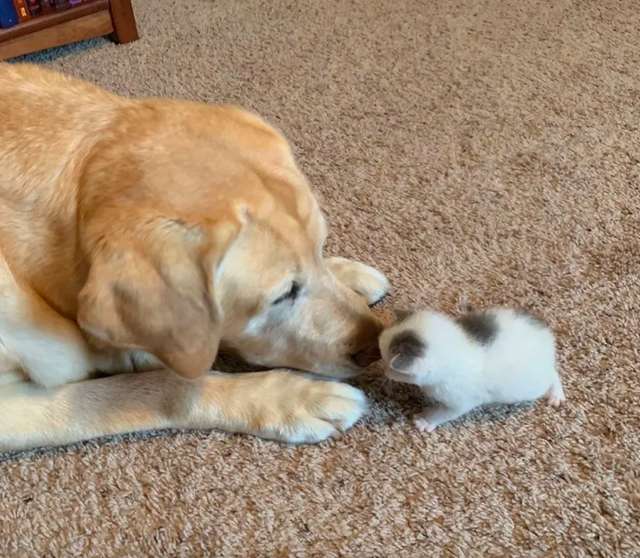 Morgan decided to name the kitten Polly. While the kitten was being bathed, Morgan’s twelve-year-old Labrador came in to have a look. Morgan’s dog, Paxton, fell in love with Polly at first sight. Soon, Paxton was cleaning little Polly after every bottle feed. Polly was happy to have someone looking after her. Because Polly’s eyes were still closed, the tiny kitten couldn’t see how big her caregiver dog was.

Polly started standing as still as she could so she could hear Paxton’s footsteps as he approached her. When she heard Paxton, she would go running over to where he was. 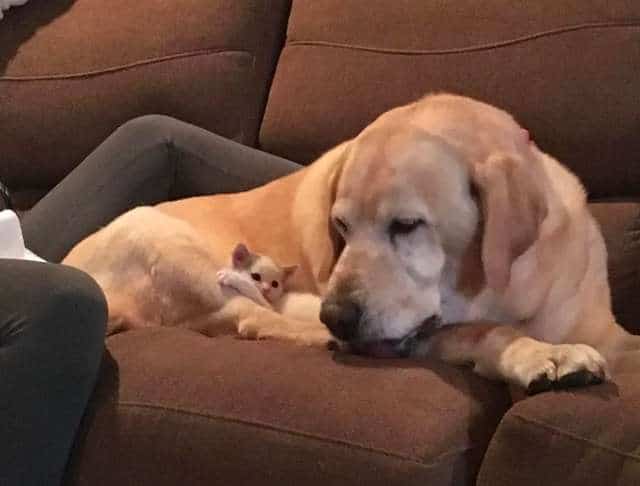 After five weeks, Polly’s eyes opened, and her vision became clear. Morgan said Polly has never known anything different than the large Labrador retriever, so their relationship is completely normal to her. Morgan said Polly now grooms Paxton, and Morgan is convinced Polly doesn’t realize she’s a cat.

Paxton is now thirteen years old, and Polly is five months old. Polly has gotten more active and acts like a hyper little sister around the senior Labrador. Paxton has a lot of patience, even when Polly steals his toys.