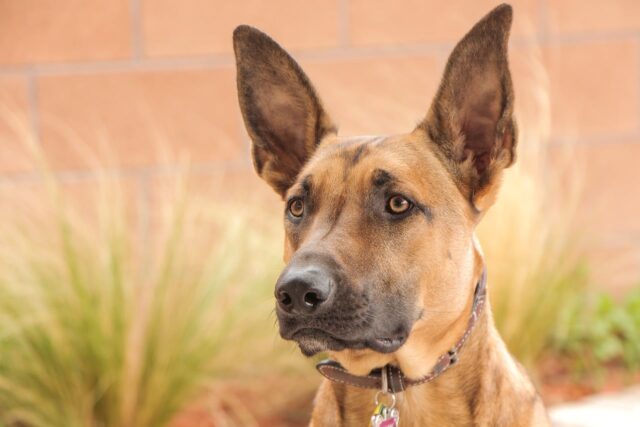 When we were still young, our mental image of heroes were people wearing skin-tight costumes and capes. This is, of course, all thanks to the superhero movies we watched growing up. We were so convinced a cape-wearing human would appear out of nowhere to save us from danger back then.

As we got older, the mental image we had of heroes started to change. We began to realize that none of them wore costumes or capes in real life. It also dawned on us that humans aren’t the only ones blessed with the ability to become heroes. Our four-legged pals have this gift, too!

Not one to back down

Nicky, a Belgian Malinois, proved himself worthy of being called a hero back in 2016. He risked his life for his partner, Sergeant Eric Kerns, of the Las Vegas Metropolitan Police Department(LVMPD).

Kerns received reports about screams and gunshots from an apartment. Negotiators who arrived at the scene tried their best to get the suspect to show himself. The standoff lasted for over 12 hours.

Seeing that things were going nowhere, they decided to bring in members of the K9 unit. Among those who responded immediately were Sgt. Kerns and Nicky.

The courageous dog located the suspect, who was quick to defend himself using a machete. He stabbed the K9 who, despite being stabbed countless times on the head, never backed down. Nicky kept biting the armed man until his partner successfully apprehended him.

Sgt. Kerns was not in any way surprised to witness how courageous his partner was. The wounds Nicky got for all the stabbing, however, immensely bothered him. He rushed to the pup to the hospital, who was then immediately prepped for surgery.

The recovery process took a while, but Nick’s all better now. Watch the video to see him all smiles after surgery:

Nicky getting ready for the cameras! pic.twitter.com/47ry28TWNV

Dog Stolen In New York Reunites With Family After Two Years, And Now, They Have A New Battle To Fight