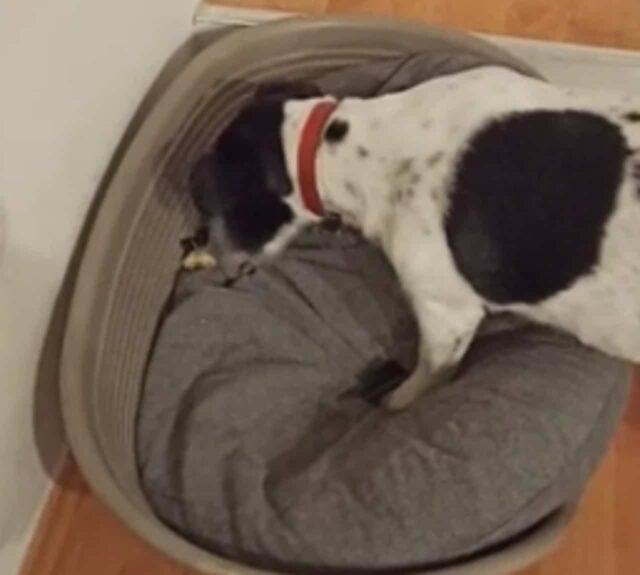 Dogs treasure their favorite snacks above anything else. Once our canine pals receive their share of food, they ensure that no one else gains possession of it.

Thus, one funny canine attempts to bury its doggy treat beneath its bed. Though no one’s following the pup, it warily makes sure to double-check its surroundings.

This food’s only mine.

In this funny yet entertaining video clip, a spot-furred doggo stands atop its doggy bed. It seems the pup preps its sleeping area for a relaxing snooze until it starts shuffling the mattress with its snout. 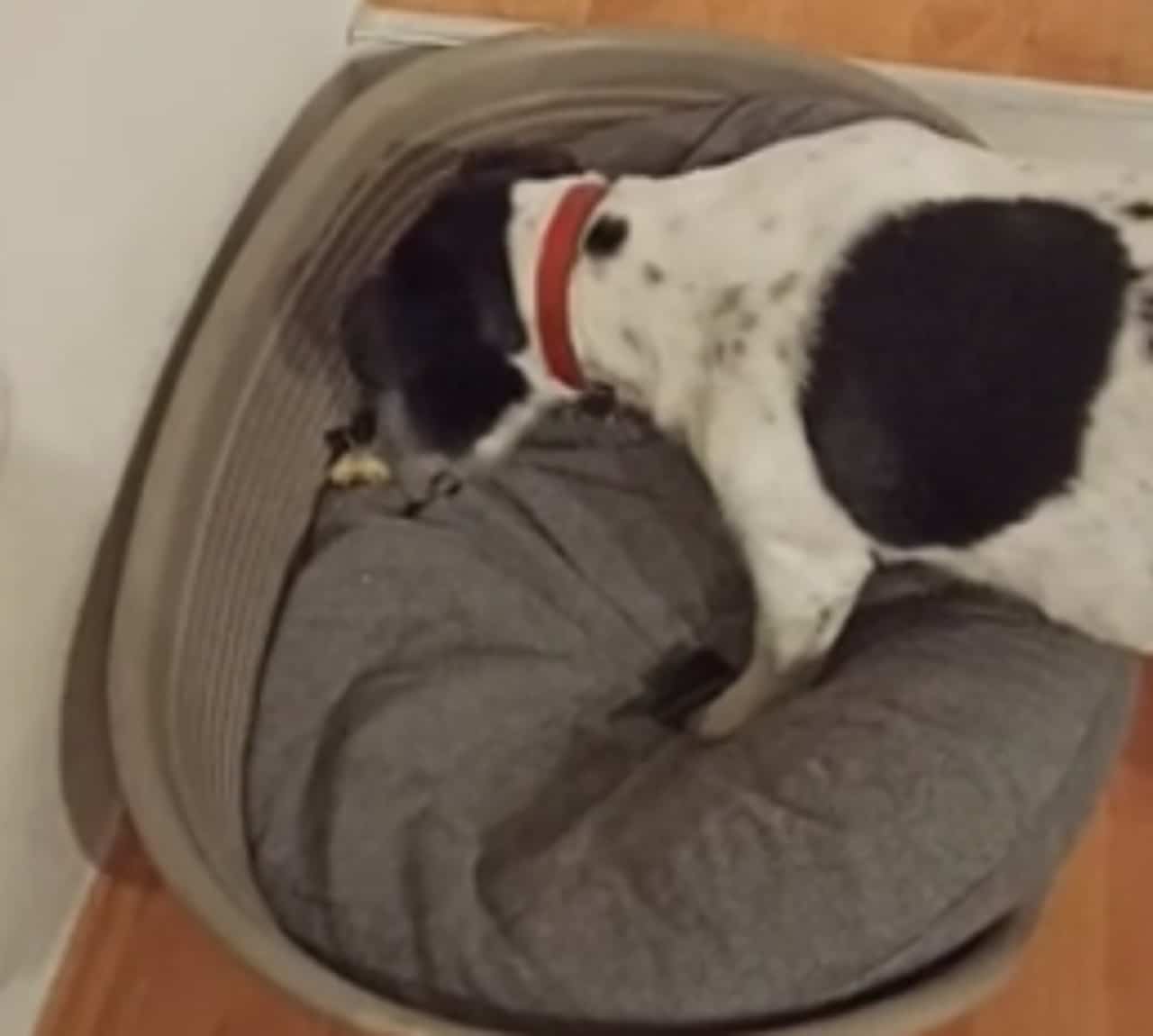 Spotting this peculiar activity, the camera zooms in to check on the intriguing doggo. Soon enough, you’ll see that the canine’s attempting to bury its food with the bedsheets.

On and on, the pup carries on with its activity, making sure that the mattress covers the delicious morsel and hides it effectively. At some point, the dog moves its head to another portion of the bed to protect its food.

Oops, let me check if someone’s watching me.

For the next few seconds, the determined doggo continues to “move” the sheets on top of its meal. With the way the pup meticulously attends to the task, it’s determined not to let anyone find out its secret food hideout. 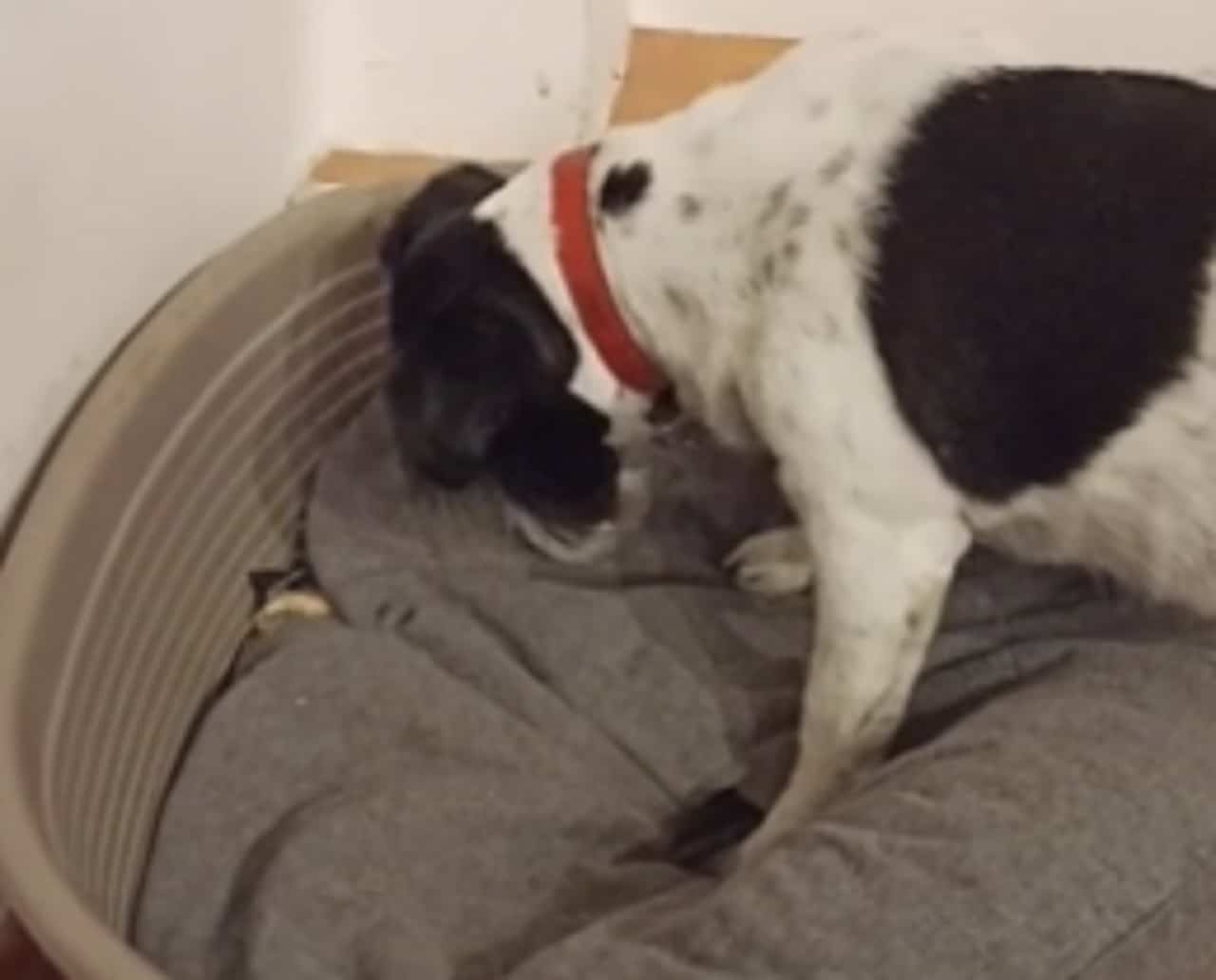 However, as the canine takes a quick breather from its activity, it inevitably spots the camera recording its every move. Though the pup’s taken aback at first, it makes use of the opportunity to check the surrounding area of the room for intruders.

Without wasting any second, the pup glances at its back to ensure that its treasure remains hidden from unwanted guests. Do you think the doggo accomplished its mission? Feel free to continue watching through the link below to find out.

Saving A Stray Mother Dog And Her Adorable Puppies