Home Dog Edge Henry, The Dog Who Can “Smell” Seizure 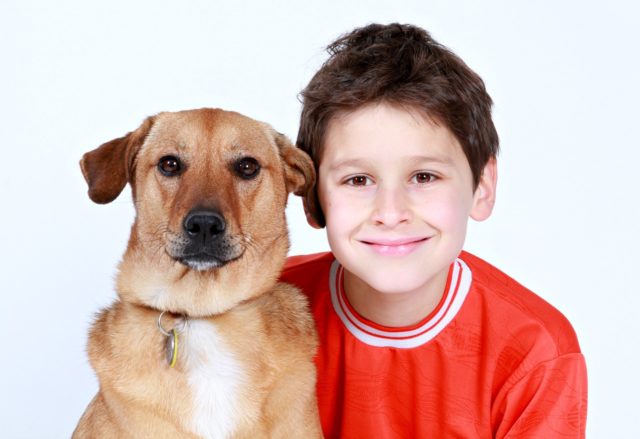 Dogs are animals that can do multiple skills. They are trained to do incredible and amazing things, like detecting drugs, ask for help, rescue people and animals, and even detect illnesses. These incredible things that a dog can do have saved a lot of lives indeed.

Leo, a six-year-old boy from North Hollywood, California, suffers from multiple brain aneurysms. He has to rely on his dog, Henry, to save his life. Henry is skilled at detecting seizures before it can even happen.

Henry trained to be a seizure detection dog.

A seizure detection dog can smell the scents that the body is releasing even before a seizure. The dog would send off an alarm to tell other people that a seizure would occur. Seizure detection dogs are of great help for people who have seizure episodes so that the family can immediately ask for medical attention.

When Leo was three years old, he just collapsed without any reason. At the hospital, doctors concluded that Leo has aneurysm after doing several tests.

During Leo’s stay in the hospital, some dogs from Love from Four Paws visited the sick children confined in the same hospital. Leo made a speedy recovery after having a connection with these dogs. He started to move around, smile, and laugh.

Leo’s mom, Yasmine, noticed a significant change in him after his encounter with the service dogs. She promised him that she would get a dog after he got discharged in the hospital.

Yasmine chose Henry because she saw an instant bond between Leo and Henry during their first meeting. Henry “picked” them.

Henry is a rescue. He was supposed to be on the kill list.

Henry brought light to Yasmine and Leo’s life. He gave hope to Leo, assuring that he will be there for him whenever he needs help. Henry was with Leo at the hospital during his latest surgery, and he had helped him with his recovery.

Watch this video on how Henry helps Leo on his daily life:

Video courtesy of The Pet Collective Cares via YouTube