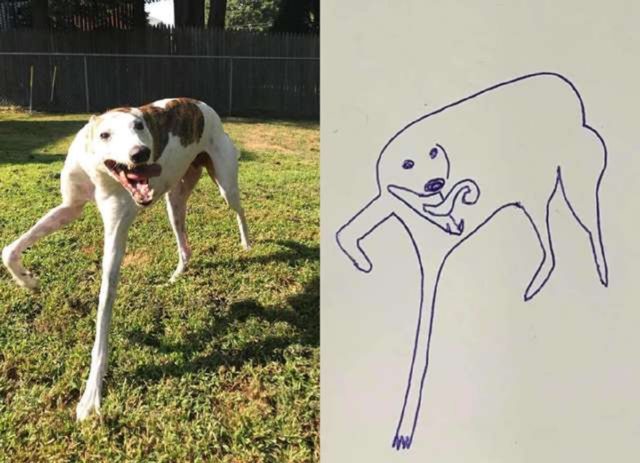 It has been six years since Jay Cartner adopted Stanley. And since day one, the lovely dog has been the goofiest among the other greyhounds Jay has rescued.

Stanley loves to run around. He also spends most of his day chasing his other dog siblings. And at times, he sings with his daddy. With a silly dog like Stanley, Jay and his family never had a bad day.

He’s an absolute goofball, said Jay. He doesn’t run, but he prances. And he probably wishes you have a third or a fourth hand when petting him because he simply can’t get enough. 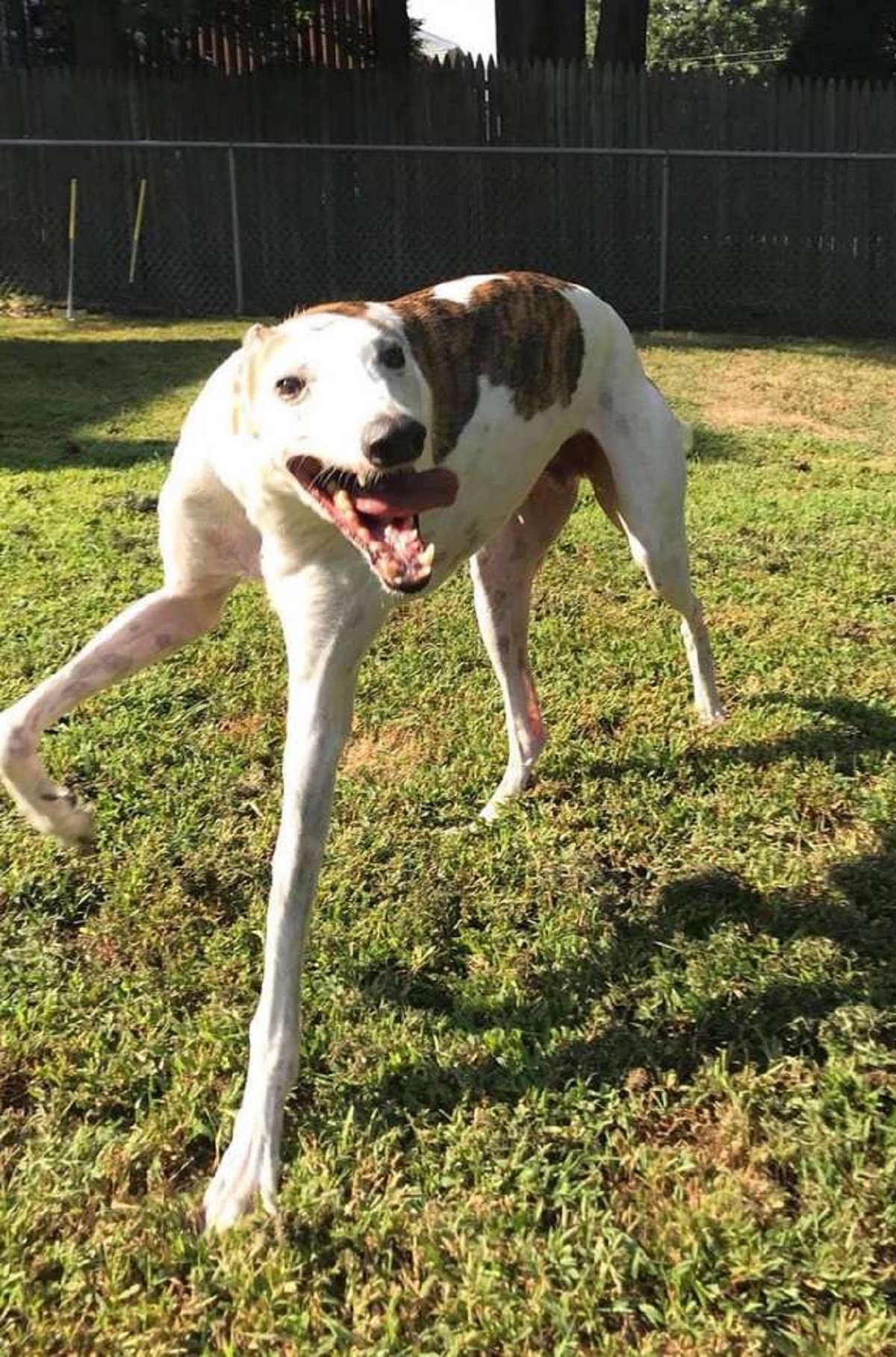 For over 25 years now, Jay has been painting and drawing. Occasionally, he’ll try to use his incredibly expressive and completely mobile dogs as his subject. And Stanley, in particular, makes a fascinating subject.

Most recently, Jay put his skills into test by recreating some of Stanley’s photos. Did he nail it? Absolutely!

The end results are amazing. And they are pretty hilarious, too! 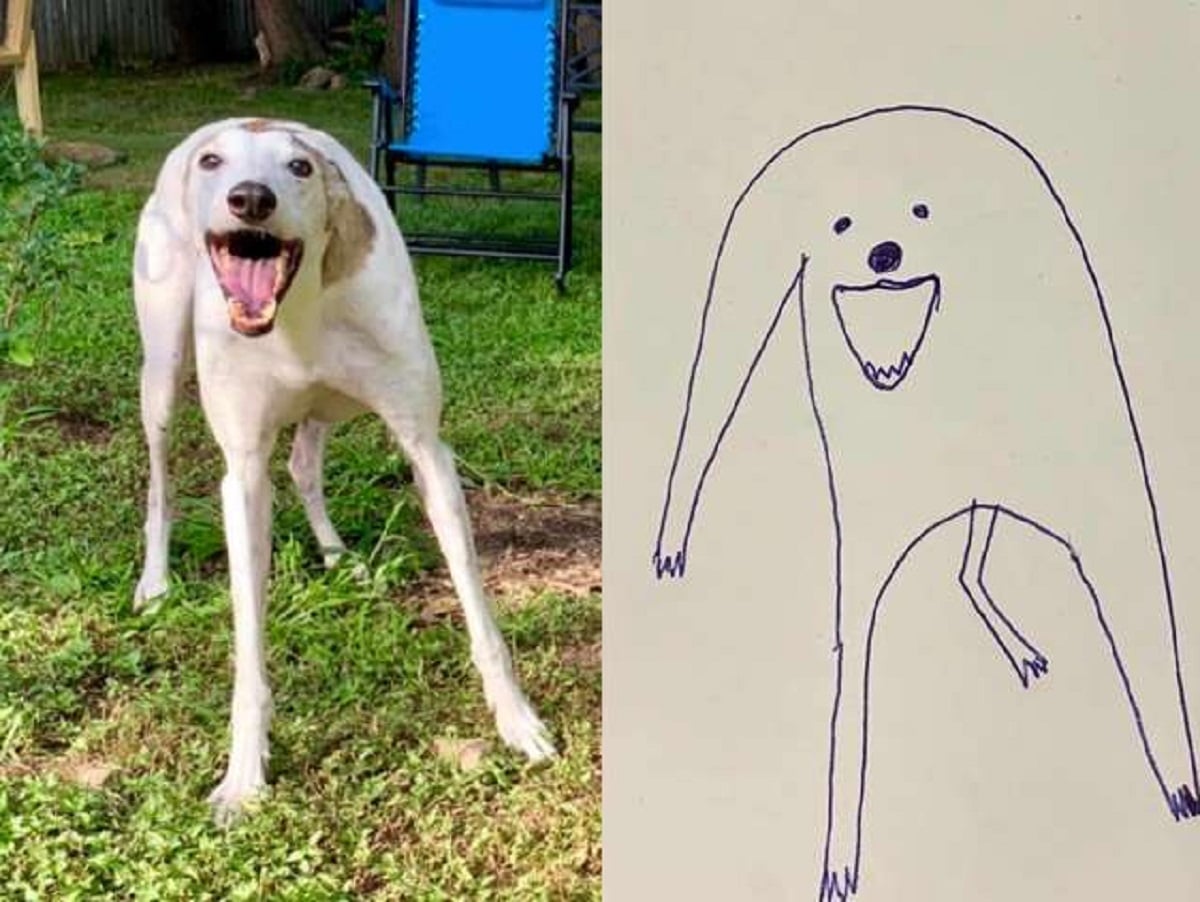 Stanley’s sketches are probably the greatest among Jay’s works. And a ton of people certainly agrees with him. He was merely having fun with the flat drawings. So Jay was surprised when people started to go nuts the moment he shared his work online.

The drawings were simple, but they are hysterically entertaining. Jay thought only a couple of family and friends would find the illustrations amusing. But he also received the appreciation and support of complete strangers. 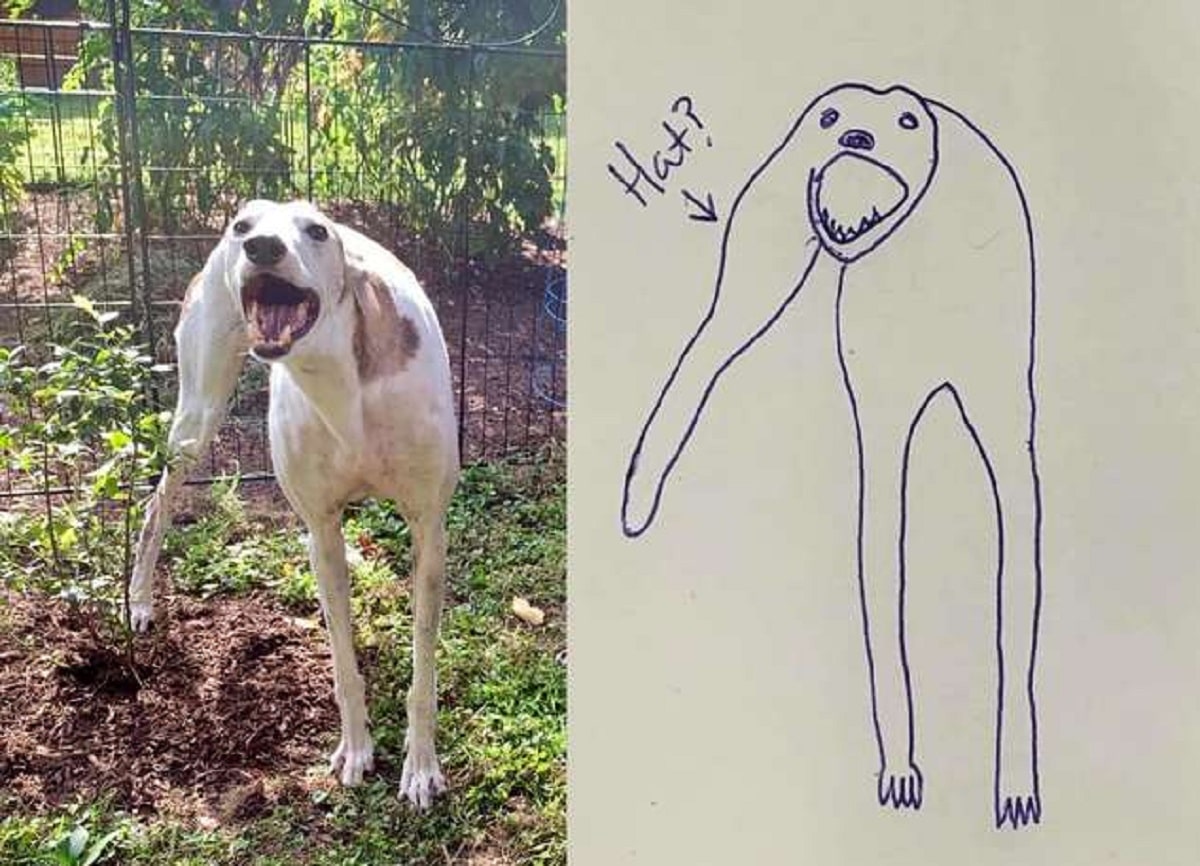 Jay may have done quite an impressing job as the artist. He was able to capture the model’s character. But he certainly would not have done it if the model wasn’t Stanley. Luckily, the goofy dog isn’t letting fame get to its head. And with his naturally silly attitude, Jay will surely have more photos to take and recreate.

There's a reason German Shepherds are usually trained to be K9s. Their natural predisposition for physical activities and their genetic athleticism make them the...