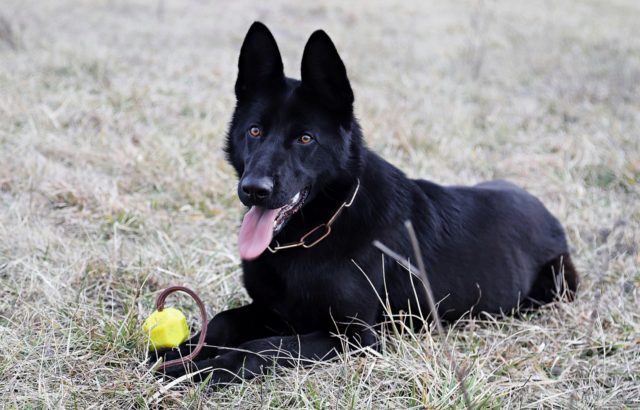 When these tiny dwarf quail were hatched, they had an unlikely gentle giant there to look after them. That gentle giant was a loving German Shepherd named Thorin.

Born in February of 2017, the quail started life out as merely the size of a human thumb. Sitting next to a large German Shepherd, that seems intimidating, but Thorin was a natural with the little newborn birds. 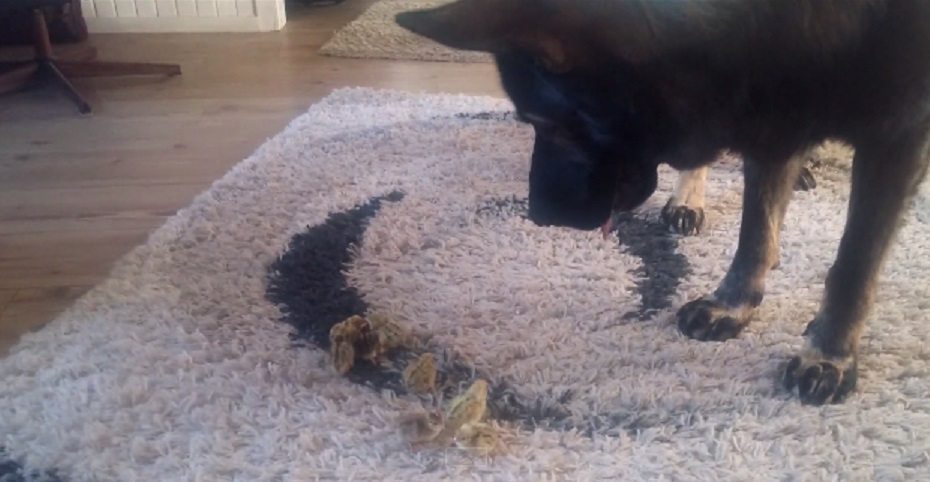 Thorin’s owner, Glada Fjäderfäns Gärd, lives on a farm in Tidaholm, Sweden. Glada’s farm has all sorts of animals, and Thorin is the German Shepherd who looks over them all. With years of experience around animals much smaller than him, the German Shepherd was calm and nurturing when the quail chicks were born.

In the sweet video below, Thorin is shown watching with wonder as the newborn quail are placed on a fluffy rug in the home. The German Shepherd stares at them, yawns, and then decides to lie down next to them. Watching them intently as if he were their parent, the tiny birds also seem very comfortable with the giant dog. Some of them crawl onto his paw, chirping away happily. 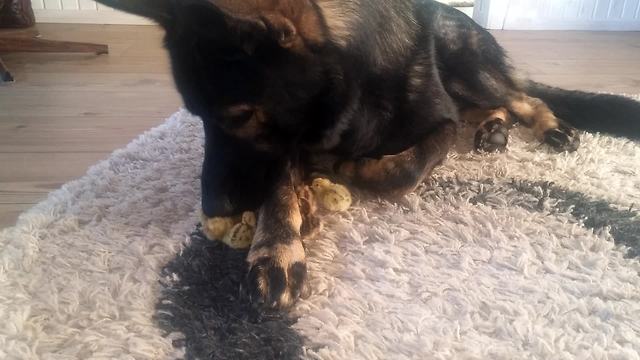 The protective German Shepherd gives a couple of them a lick and looks wonderfully comfortable with the little quail babies flocking around his front leg and paw. The birds allow Thorin to give them a few more licks, just like a mother would do. It’s one of the more heartwarming videos I’ve seen all week. Check out the cute video below:

In another video Glada posted, Thorin is seen watching over the quail along with some ducklings. Just as calm as before, the German Shepherd stares at the tiny creatures with awe. The big dog seems amazed such little animals exist. He certainly is gentle and loving with them. I hope you enjoyed watching Thorin look after the baby birds!