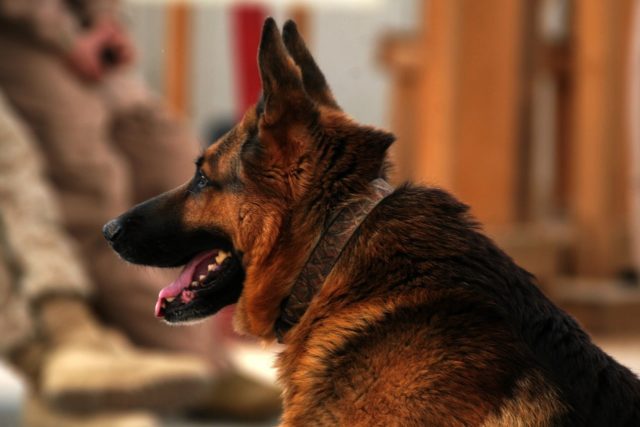 Global warming is a fact. It is slowly but surely compromising the entire human civilization. But as undeniably horrible global warming is, it has one good but unintended effect.

Nowadays people are becoming more and more passionate about bathing. Well, with the daily temps on the rise it is only understandable that even the shabbiest humans have become bath time aficionados in recent years. Sadly, this growing trend does not extend to most of our canine companions.

Global warming notwithstanding, most dogs are still not too keen about bath time. As soon as they hear the sound of the faucet they will surely walk the other way. Or, as soon as they see their human collecting bathing essentials like dog shampoo and what-not, they will pretend to sleep or eat or just do whatever that would excuse them from getting cleaned.

The German Shepherd Artex is one of those dogs. Those dogs who have waged war against bathing. His owner is still not sure as to why Artex does not like bathing.

Is it because he does not want to stand in a cramped space for a long time? Does the sound of running water give him anxiety? Or is it because he thinks his natural smell is how it should be?

Whatever Artex’s reason is, his human won’t have any of it. He knows that Artex is in need of a good washing and he will not get dissuaded. That is, even if Artex lets out that cute whining sound he does.

Thankfully for us, Artex’s battle against an impending shower has been captured in a video. In it, you will see Artex’s palpable distress and you will hear his cute whining. But it is all in the spirit of good fun.

Artex did not get traumatized in any way. It’s just how it goes for him every time bath time comes. He actually secretly enjoys it.