Home Dog Edge French Bulldog Whines And Barks For His Dad To Hold And Hug...

French Bulldogs are known for their signature wrinkly faces and bat-like ears. This breed is generally playful, loving, and protective, and that’s what makes them even more adorable.

This male French Bulldog possesses all those characteristics, with a little cheekiness on the side. His playful side is evident when he barks at random stuff, like things on the wall or pigeons outside. 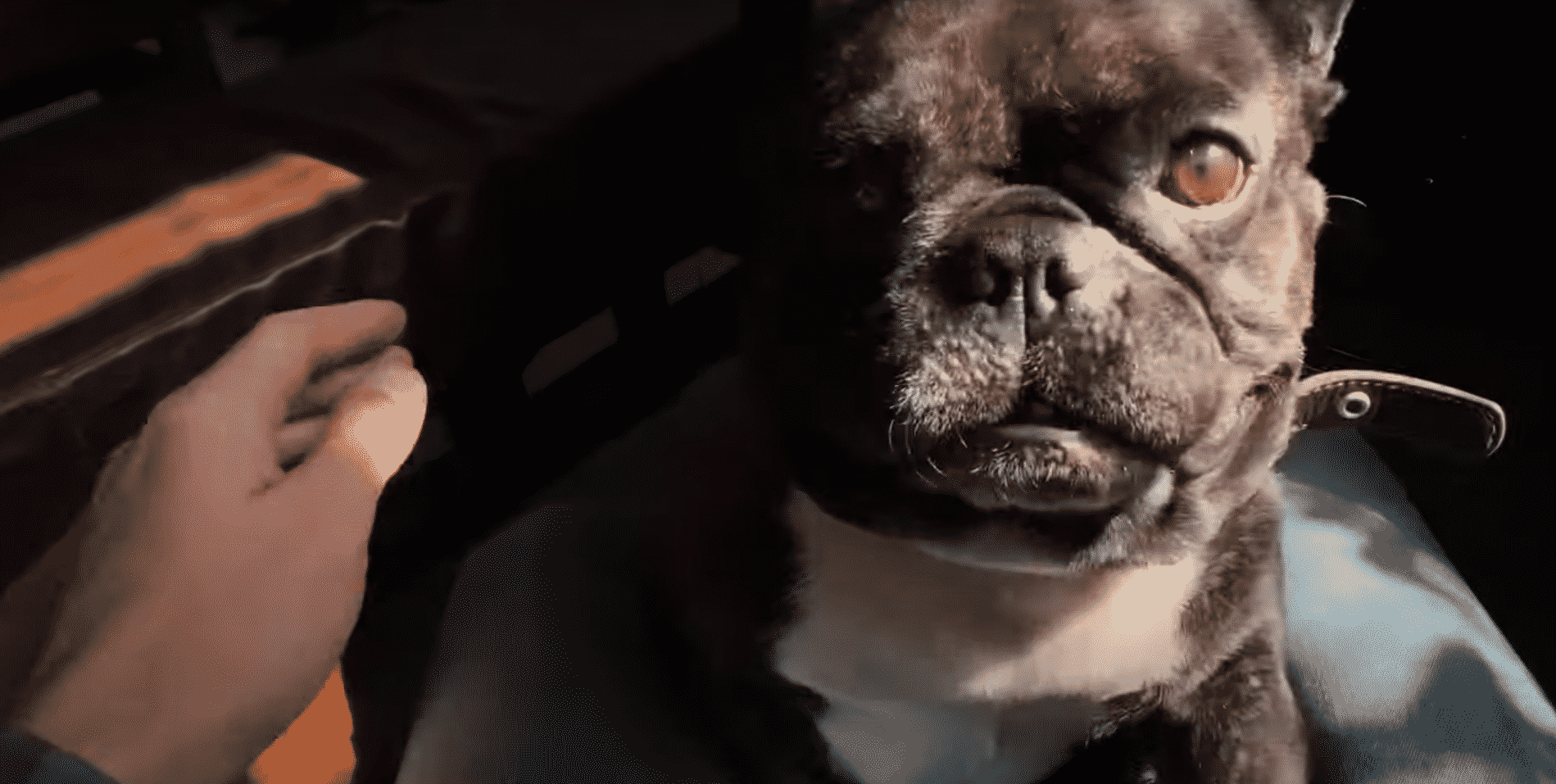 His favorite thing is to get his dad to pick him up and snuggle him like a baby. This Frenchie would do anything for some love, and he’d do the goofiest stuff to get his owner’s attention.

Dad could get very busy with work, so the perky-eared Frenchie ensures dad doesn’t neglect him.

The little puppy would stay by his master’s side while dad worked at home. Even if it meant clinging to dad’s leg or sleeping by his feet, this furry rascal would do it.

Fortunately, this pet owner makes sure his Frenchie is comfortable by making the pup a little bed for him to rest on. On this day, though, the rascal didn’t want beds – he wanted his dad. 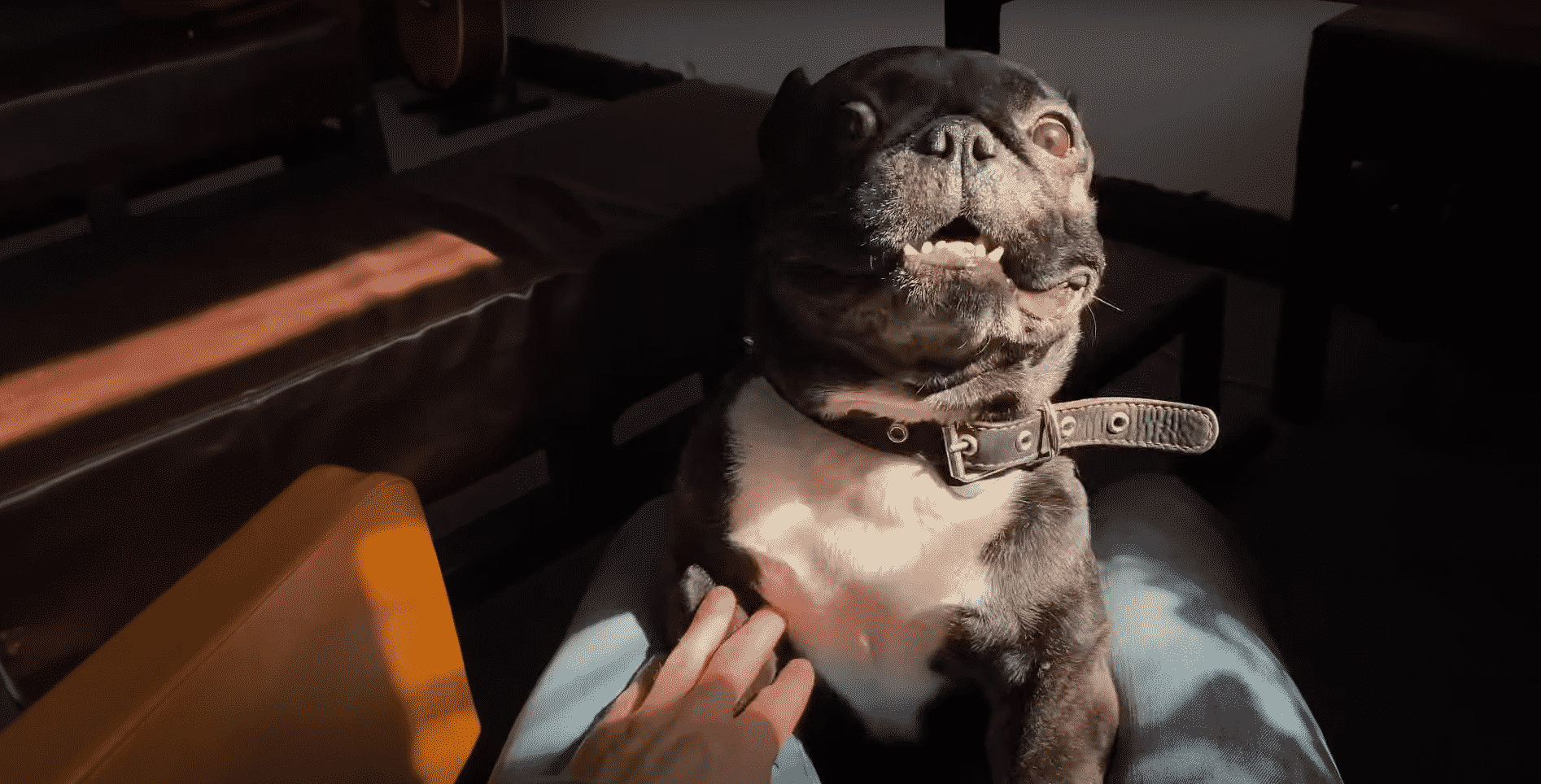 The Frenchie whined, barked, and made goofy faces at his owner. The furball simply wouldn’t take no for an answer. Dad is used to his pet’s clingy behavior, but today, the puppy’s a little extra.

The French bulldog decided to give his best sad-eyed look. The wrinkly-faced dog did everything to achieve his goal, so he persisted, goofing around and whining non-stop. 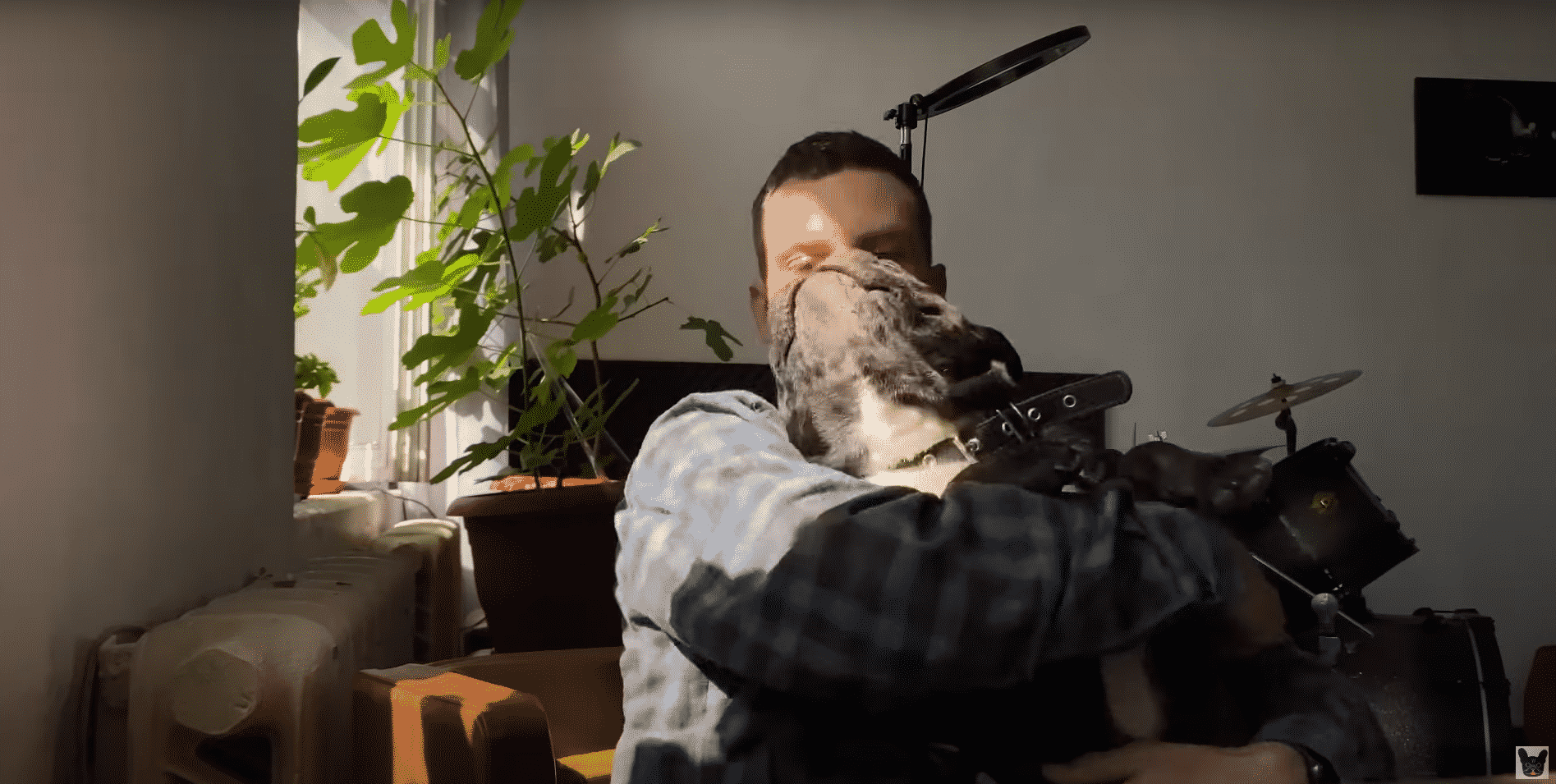 The adorable Frenchie’s sad-eyed look proved too much to resist. After ignoring his pet for a bit, dad finally scooped the furball up and hugged him tightly.

The look of satisfaction on this doggo’s face is epic, and it’s a reminder that we love dogs because of their innocent hearts.