A year ago, a puppy was left to die at a local animal shelter in Kansas by his heartless owners.

Later named by Junction City-Geary County Animal Shelter shelter staff as Nova, the pooch first came in the dog shelter as a frail German Shepherd. When Nova arrived at the shelter, she also had a deep wound around her mutter, which perhaps was caused by being tied tightly in a rope.

In the dog shelter, Nova tried to recover from his experience while still with her previous owners. Six months later, when she could already muster some strength, the dog received a certification that she could already be a police dog. She achieved this feat in just less than four months of training.

Thanks to her trainer Lt. Justin Stopper for being so patient with the dog. Stopper noted that while Nova was at first hesitant with the training he gives, the dog became accustomed to it and even hurdled his expectations. 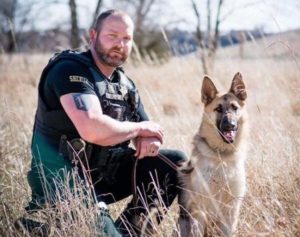 The process included evaluating the dog’s stamina and the level of her smelling power, Stopper shared. The trainer added that the process ran for about a week and it included throwing a toy, scented bags, wherein Nova should find these to pass the course.

Nova got flying colors in both courses, which makes her eligible to be a police dog. Her smelling talent will allow her to be used during situations involving lost children. Her area of expertise also ranges from narcotics to apprehension. 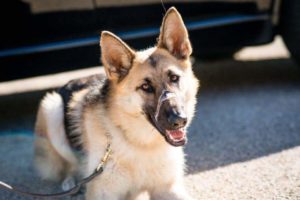 While at first Stopper doubted Nova would be successful in this undertaking, the dog trainer just trusted that the pooch could make it her way through dedication and hard work.

Some exciting things have happened for our Department. Check this out! Junction City/Geary County Animal Shelter

For Stopper, training an abandoned dog like Nova is already an achievement in itself. He said that stories like this are a testament that every dog regardless of his or her past can make a difference.