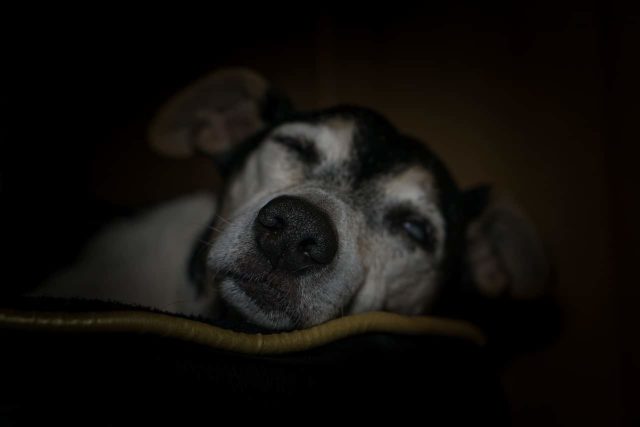 There are really times when animals remind us that there’s more to life than what we’re focused on. Dogs know this by heart – they see fun and pleasure in things that we normally take for granted. Even blind dogs, like Smiley, can find happiness in the little things around us – something that we, humans, should learn from dogs.

In the video below, you will find Smiley, a golden retriever, who is known for his contagious sunny personality despite being born blind. At two years old, he was rescued from a puppy farm, where he almost died from neglect. He also had a deformity – some type of dwarfism. But despite Smiley’s dark past and his inability to see everything around him, he brings sunshine to everyone he meets. He even became a therapy dog and inspired many people from all walks of life. And he enjoyed every bit of his visits to schools, hospitals, and nursing homes.

At the old age of 15, Smiley passed away after fighting cancer. But his legacy lives on because of this rare footage of him happily walking over a snowy path for the first time. Smiley may be blind, but he sure knew how to have fun, and the video below proves it.

In the video, Smiley was already a senior and had been suffering a multitude of ailments, including hearing issues. He could only hear sounds that have a high pitch. But just like how he fared before, he faced his adversities with a tough spirit and a happy disposition.

We wish that there will be more dogs like you, Smiley! The world needs more of you and your happy personality to make the world a better place.

Source Sunny For the Love of Smiley via Youtube

Special thanks to The Animal Bible for sharing the original story.