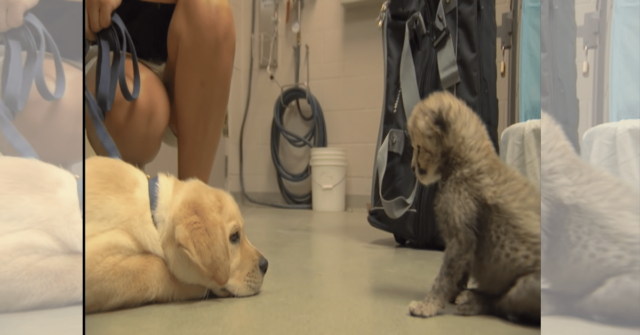 In Africa, Cheetahs are considered the enemies of dogs as dogs are commonly used to guard against cheetah attacks on livestock. You can say that it’s a rather complicated cat-dog relationship, as cheetahs are technical, huge cats. However, at the Colombus Zoo in Ohio, the unexpected friendship between two cheetahs and a dog prove otherwise.

Carlyle, the yellow Labrador, is quite a friendly dog. He has made friends with two cheetahs, some leopard cubs and other animals at the zoo. His favorite playmates are the two cheetahs whom he grew up with.

Cheetahs are the fastest animals, but surprisingly, Carlyle can keep up with his two best friends, who are slowing down for him. Like dogs, Cheetahs are quite social creatures. They often live in pairs or trios that do and experience everything as a family.

Having grown up together, the puppy and two cubs share this strong sense of brotherhood and bond. Carlyle was trained by keepers to interact with different animals like leopards and cheetahs by providing comfort and companionship. Cheetahs tend to be nervous with crowds and unfamiliar territory. Carlyle is there to keep them calm and be their anchor as they travel across the 50 states. 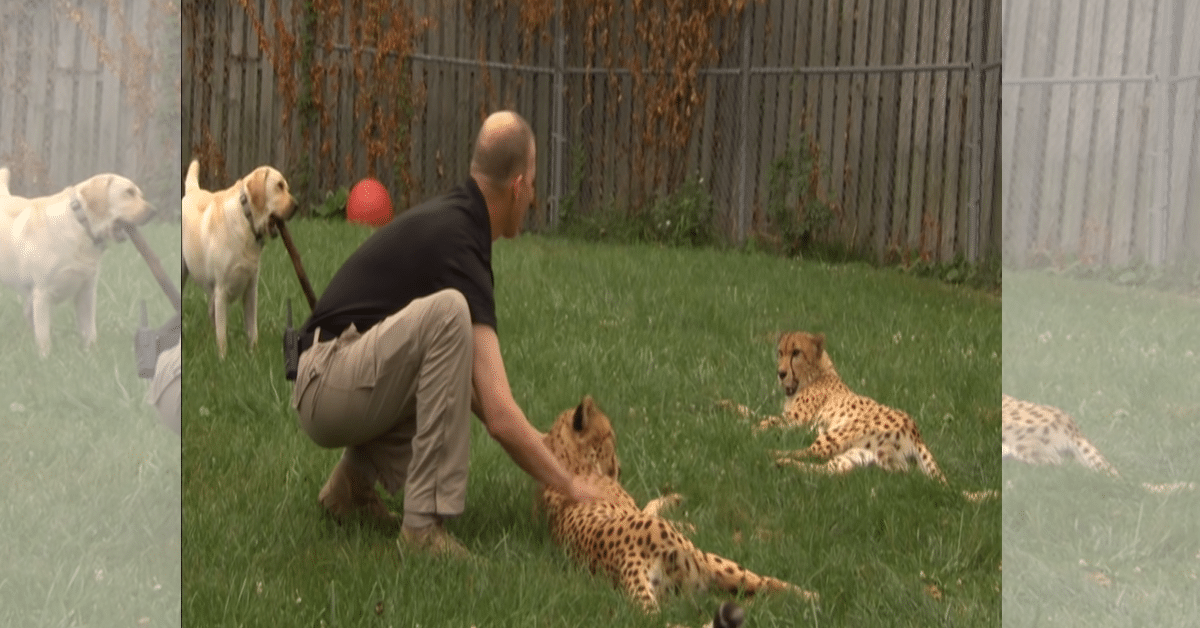 Years ago, the zoo got a call that they were going to adopt four new cheetah cubs. Suzy, their caretaker, came up with the idea of pairing them with a dog to make them more social and calmer. She pleaded with Carlyle’s owner for Carlyle, who seemed to be a perfect companion for the cubs. And Carlyle proved that she was right. 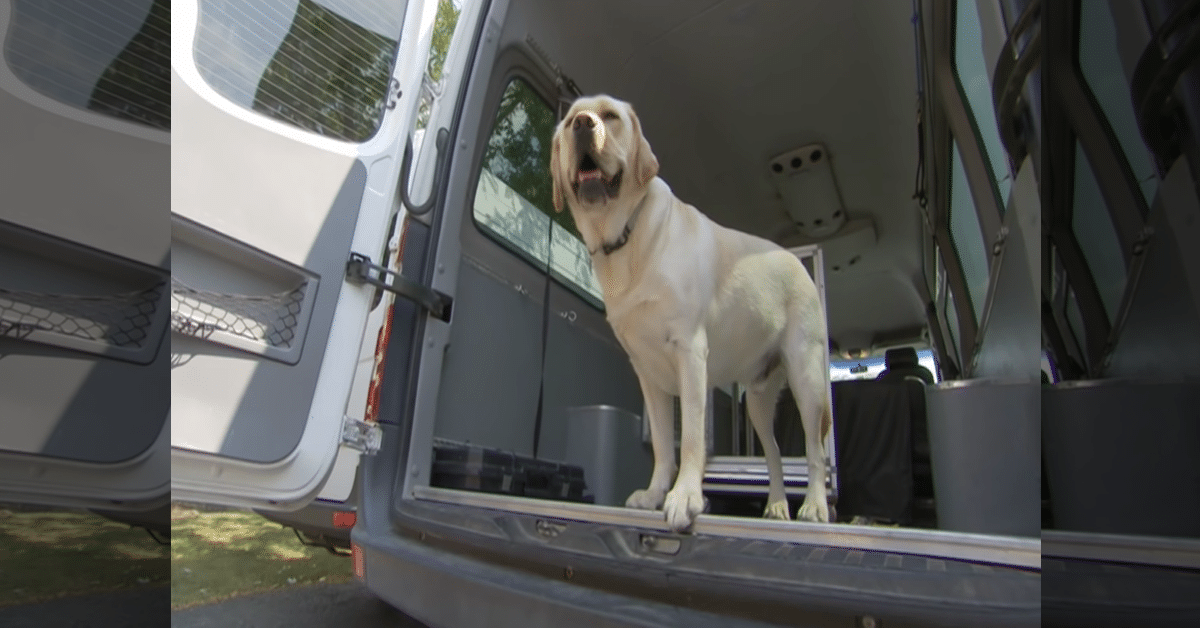 Carlyle is such a big ball of love, care, compassion, and comfort that there couldn’t be a more natural bond. People say that nothing is stronger than instinct, and we could see that these unlikely set of best friends’ instinct for love and family is indeed the strongest.