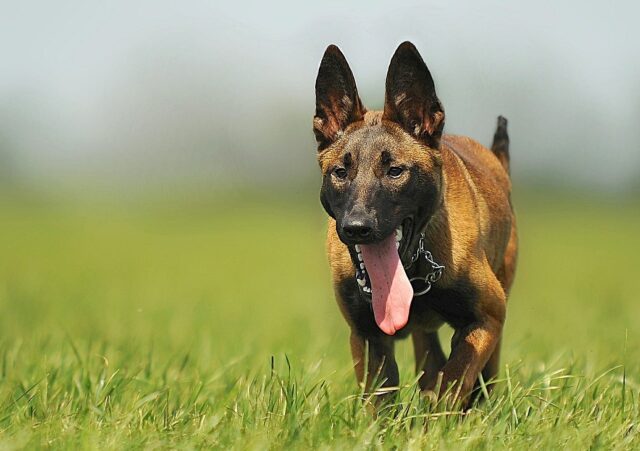 If you’ve owned dogs, you’d know all too well how entertaining they can be. Despite their high intelligence, dogs never seem to fail in being the clowns of the household. And that is why dogs are one of the most popular pets that families choose to get.

Skyler, a 1-year-old Belgian Malinois from Germany, is one of those clowns. Skyler has become quite an internet star because of his shenanigans. But aside from his clownery, Skyler is a brilliant dog who knows a lot of tricks.

Many of the dog’s videos in his social media account feature him doing tricks with his mom. But among all his videos, one particular clip managed to take the internet by storm. Within months, the video was viewed more than 10.5 million times! If you are wondering what’s so special about that video, then you are in the right place.

In the video, Skyler can be seen sitting in front of his food bowl with a piece of food hanging from his mouth. Moments later, a stuffed reindeer comes into the picture, controlled by his mom. Skyler watches as the reindeer slowly approaches his food bowl.

Before Skyler could stop the stuffed animal, the reindeer begins to chow down on his food. What happened next caught the poor pup by surprise. To his horror, the reindeer who ate his food had died right in front of his eyes!

Just by watching the reindeer, Skyler was able to figure out that what happened to it could happen to him as well. What a smart and hilarious dog! Watch Skyler’s adorable reaction to seeing the reindeer drop dead from eating his food in the video below.

Dog Gets Himself Rescued From Being A Stray, And The Way He Did It Is Proof That Dogs Are Intuitive Beings