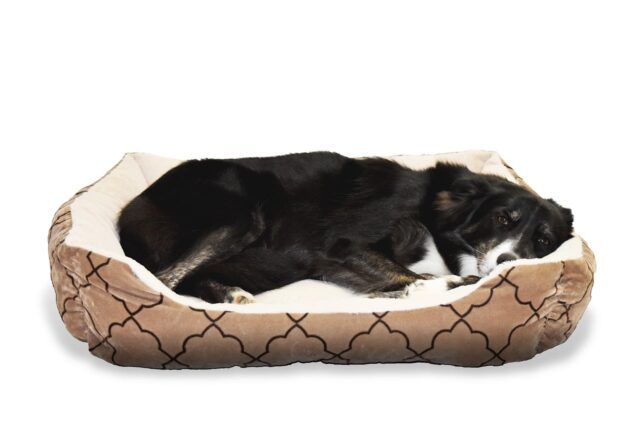 Siblings are considered a gift. Having a sibling means having a playmate every day until you go to bed or having a comforter when things get tough. And it seemed like all Spanky ever asked for is having an older brother.

Ever since Spanky and Roman became brothers, they have been inseparable. Spanky loves and looks up to Roman. He goes wherever Roman goes and does whatever his older brother does.

Jackie Rogers, Spanky and Roman’s aunt, said that Roman is like a security blanket to Spanky. She continues that Spanky will always make sure he is beside Roman at all times, just like the clingy brother he is. And Roman doesn’t mind having his younger brother tail him everywhere he goes, in fact, he seems to like it.

Just a few weeks ago, Roman started to feel uncomfortable. His ear began to swell and look infected, so their mom immediately took Roman to the veterinary clinic for a check-up. They learned that the pup had a hematoma on his left ear.

Surgery was scheduled for Roman, but he had to wait a few days before they could carry on with the operation. However, while they waited, Roman’s ear was getting worse. Roman was also getting even more uncomfortable.

In the beginning, Spanky didn’t realize what was happening to his brother. But as Roman felt weaker, their family saw that Spanky started to be much more concerned and gentle around Roman. Their family brought Roman back to the vet just to make sure if it was still possible for him to wait five days before the surgery.

Spanky tagged along in the car, but he was not allowed to enter the clinic because of COVID-19 restrictions. For the whole 20 mins that Roman was in the clinic, Spanky kept barking and crying until Roman came back. Now that the surgery date is set, all Roman has to do is rest.

Whenever Spanky and Roman’s whole family is out for work, a camera is set up so that they can still check on the pups, especially now that Roman is sick. Jackie was monitoring the camera and notice something heartwarming. Spanky was seen looking after Roman.

And up until Jackie came home, Spanky was still beside Roman. He made sure that Roman would not feel alone and uncomfortable. What love Spanky showed to his older brother.

as many of you know Roman has an ear problem right now and he’s absolutely miserable & not himself, so spanky brought his bed over to him to sleep on 😭🥺😭🥺😭🥺😭🥺😭🥺