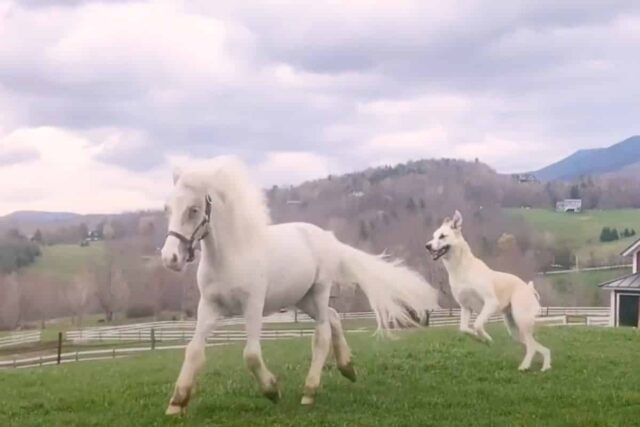 Dexter was rescued from a kill pen before arriving at the Storeybrook Farm Sanctuary. Dexter’s caretaker and shelter founder, Tess, recalled that Dexter was smaller than their golden retriever and was the tiniest, saddest foal she has ever met.

Tess believes Dexter was taken too early from his mother because he was too emotionally withdrawn from everyone at her sanctuary. She recalled that Dexter was so clueless about everything, including food, that she had to feed him by hand just so he could eat. 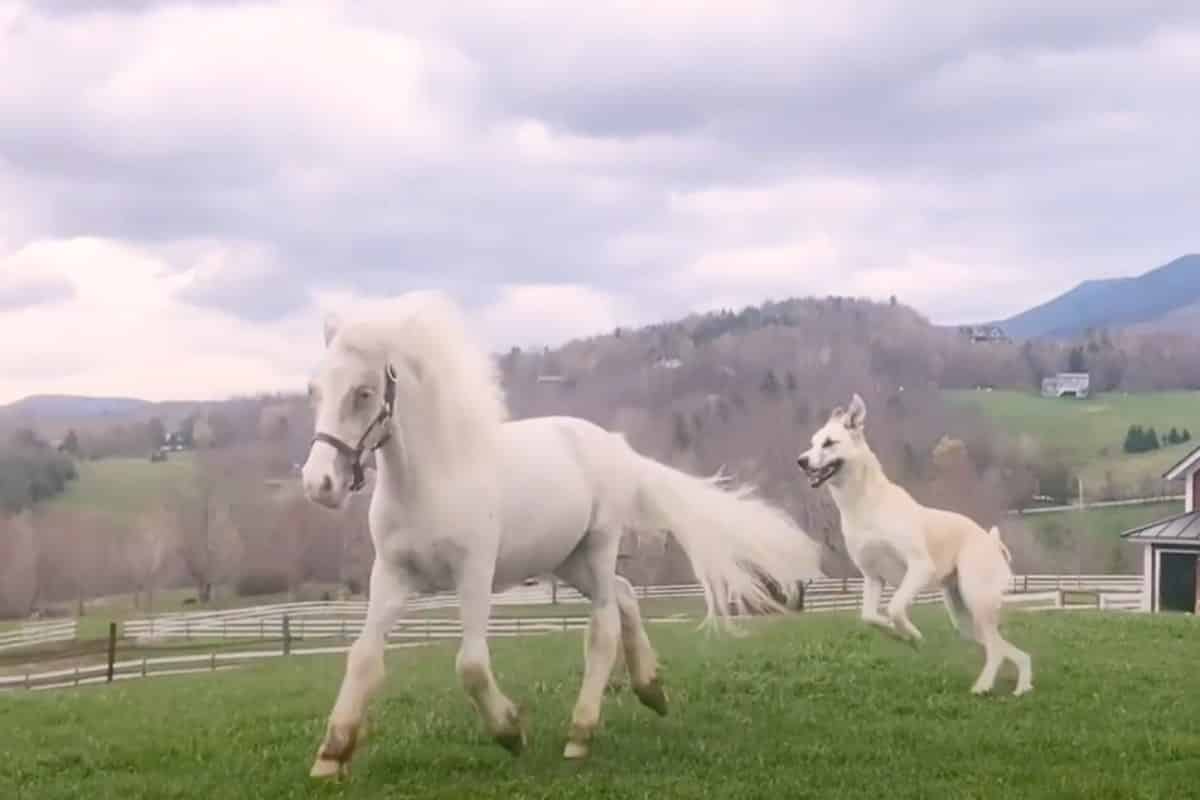 Dexter’s hair was covered in burrs, which felt like acorn covered with spikes. Fortunately, Dexter did not show any signs of aggression when Tess clipped his whole body so that new hair would grow.

Dexter’s mood eventually improved after receiving the much-needed bathtime and haircut, but everybody at the sanctuary saw that he was still sad and lonely. Tess wanted to cheer Dexter up, so she decided to gift him a teddy bear that was the same size as he is.

Dexter quickly snuggled with the teddy bear that same night, but Tess knew that what the orphaned foal really needed was a friend. Tess contacted her friend, Olivia, and told her what was going on with her newly-rescued foal.

Tess recalled that Olivia told her to bring Dexter to her so that he could meet her dog, Whidbey. Tess drove to Olivia’s location with Dexter in tow and introduced him to Whidbey in hopes that meeting a new animal would make him feel a bit better than before.

Luckily, Dexter and Whidbey instantly became best friends, and the two animals became inseparable right after being introduced to one another. Dexter quickly came out of his shell, and it was all thanks to the first-ever animal who made him feel welcomed and loved from the very beginning.