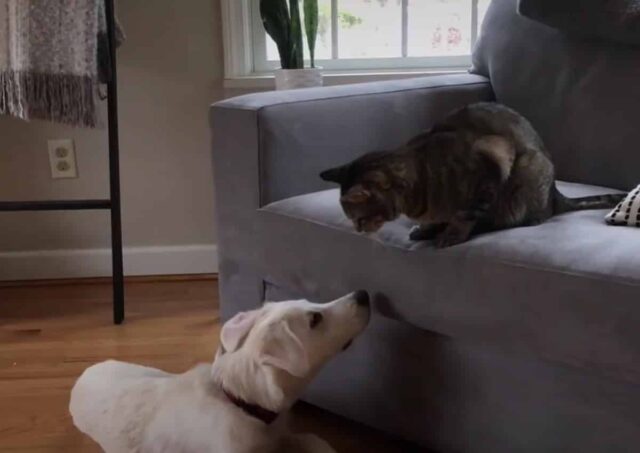 Gumbo spent most of his life as the only fur baby of his mom, Alexis. Alexis shared that Gumbo is so spoiled that she often reprimands him whenever she catches him doing things that he should not do, like chewing on cardboard boxes, shoes, and licking Christmas decors among others.

Alexis said that she sometimes feels that Gumbo is doing an internal dialogue with himself whenever she looks at him. Alexis believes that her cat thinks how annoying she is for always being up in his business because he always gets scolded for doing things that he is not supposed to do. However, she tries to make it up to Gumbo by showering him with attention to make him feel that he is loved. 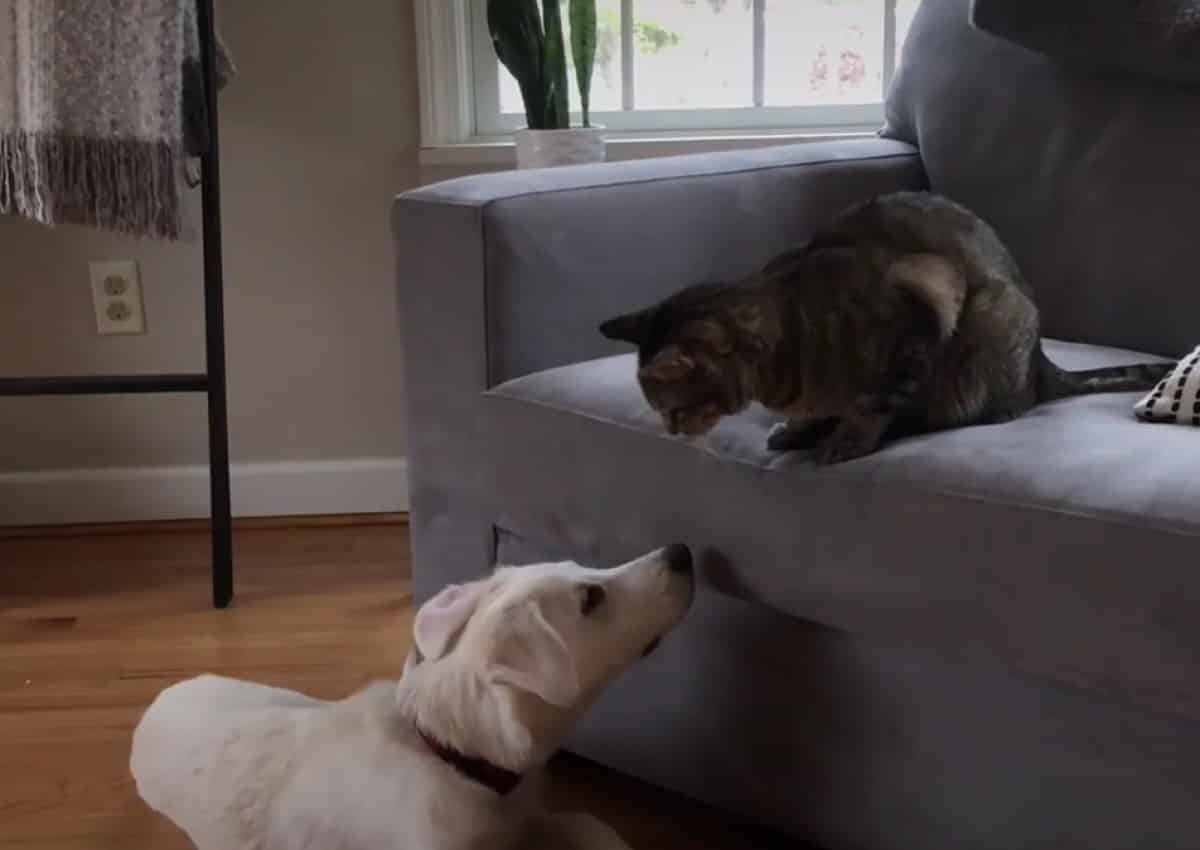 In Gumbo’s point of view, he thinks that he would be the only pet in his parents’ lives forever because that is how his life has always been. However, Gumbo was taken by surprise when his humans suddenly decided to adopt a puppy named Koda.

Gumbo looked shocked when he first saw his dad petting Koda, the new puppy he liked to call poopy. Gumbo could not help but feel puzzled when his mom told him that Koda would be his brother because he is nothing but a stranger to him.

Gumbo began feeling frustrated when his parents told him not to bite the baby because he thought he was their only baby. Gumbo quickly noticed that his humans are telling him what to do again, so he started swatting the puppy out of annoyance.

Alexis started bribing Gumbo with kitty treats when she saw her cat trying so hard to adjust to a new life of having a new doggy brother. Gumbo must have learned that not swatting Koda would get him snacks, so he began acting nice and calm whenever his doggy brother was around him.