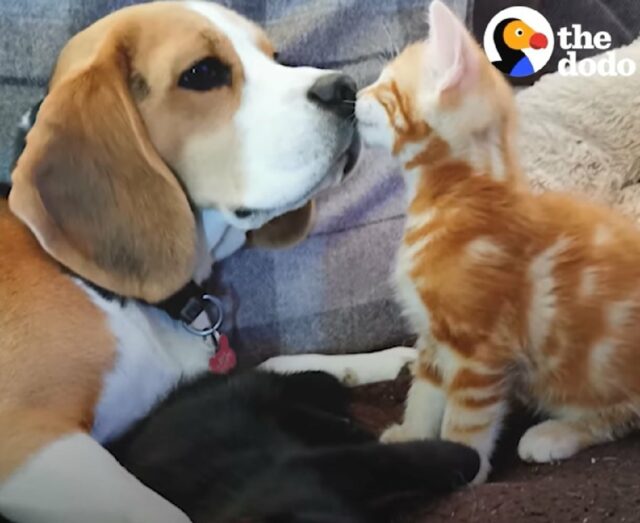 Jane, a fur parent, decided one day to adopt a ginger kitten named Dexter. But when she saw another creature as adorable as Dex, she fell instantly in love with it. Jane decided to also take the second animal, Fletcher, and brought them both to her home without any hesitation.

When the two kittens arrived at their new home, they met a beagle that they did not believe would become their mother.

Daisy was the most adorable and affectionate dog that you will ever see. She fell instantly in love with the kittens within minutes of their first meeting. She followed them wherever they go and took care of them just as if they were her own. Daisy cuddled and played with them, and since then, they have become inseparable.

One day, Jane’s spouse did not notice something peculiar. They discovered that Daisy was breastfeeding the two kittens.

Daisy’s ability to produce milk was really good, even if she really had no children of her own. It was a sign that she really wanted to become the mother of the kittens.

Jane was astonished since she had never imagined that a dog could be this motherly to other animals. She also observed how Daisy acts like the mother of the two kittens.

Daisy usually stays with Dexter and Fletcher when they sleep. When it is time for the dog to go to sleep, the two kittens will immediately climb on top of her.

At that moment, Jane believed she would never see something so beautiful in this life.

Now that Dexter and Fletcher are adults, Daisy’s affection for them has never diminished. 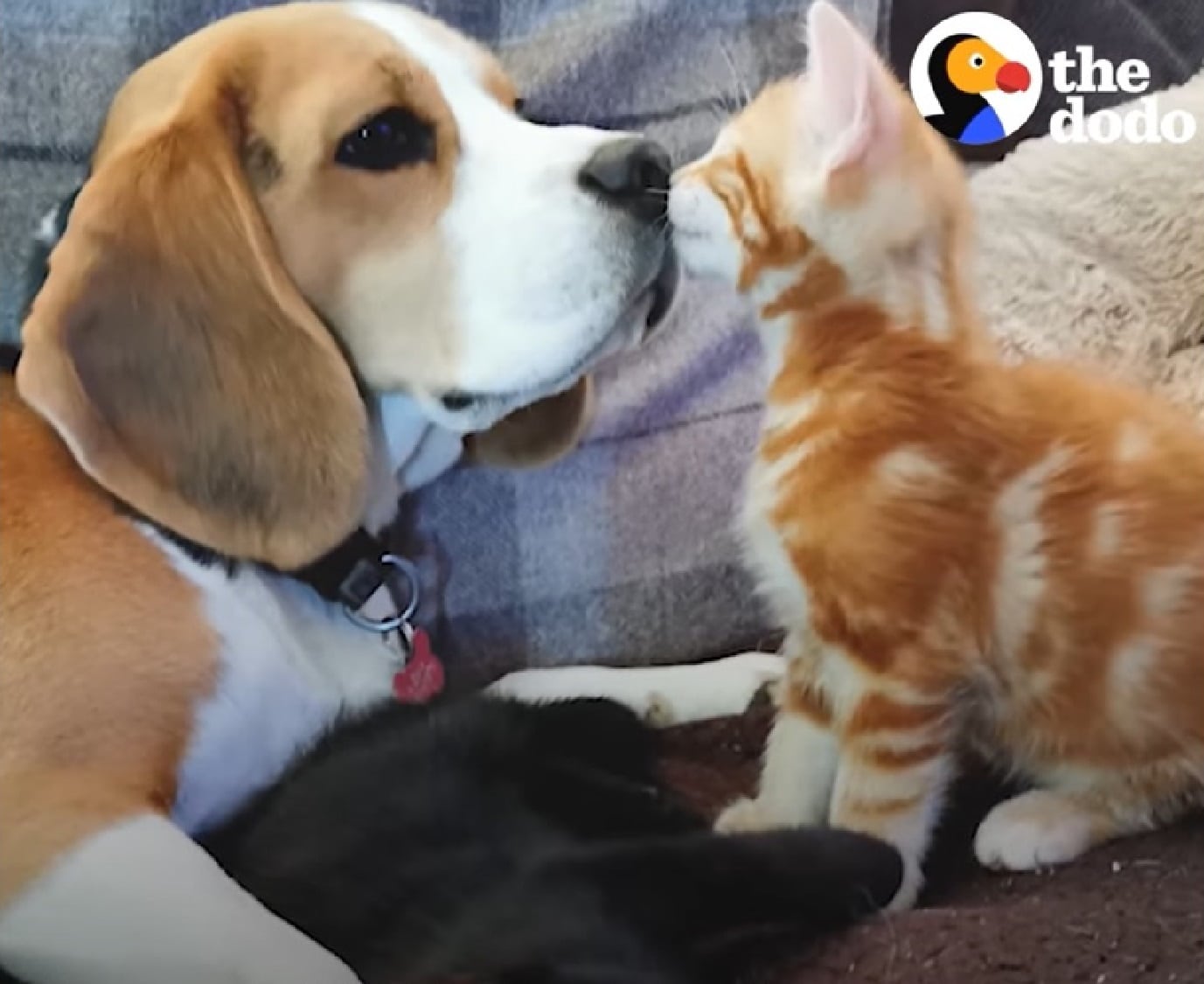