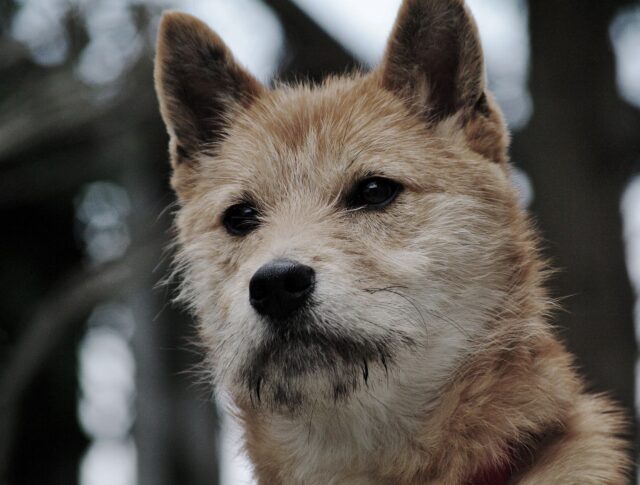 Being in a shelter is such a stressful time for a dog. They stay in their cages and sleep on cold hard beds, having no hoomans to call family. That’s why it must have been so hard for Pirate, an 11-year-old dog who was rescued by the Oahu SPCA, to stay inside the shelter for seven years.

On one random night, Jennifer Hoyt, a member of the US Army who was stationed in Hawaii, was on a FaceTime call with her fiancé, Dennis Shaffer. He was also part of the army and was stationed somewhere else. Jennifer was scrolling through Facebook when she saw the photo of a sad dog who was available for adoption.

She immediately searched for the animal shelter’s Instagram account and learned that the pooch has been staying at the shelter for a really long time. Jennifer couldn’t help but cry and feel sorry for the dog, so showed it to her fiancé. 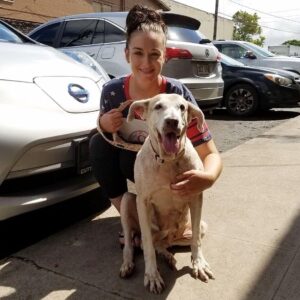 Jennifer had just moved into Hawaii when she got stationed there. She and Dennis already had plans of adopting a dog, but they wanted to settle in their new house first. But seeing Pirate, they agreed over FaceTime that Jennifer should go and meet the pooch.

She immediately went to the shelter to go and meet Pirate. Jennifer was surprised because the staff said that people were never interested to see the pooch. They also told her that Pirate was a stray dog that they found who was most likely abandoned after being used to breed puppies.

Jennifer then took Pirate outside the pound and walked around while he was on a leash. The pooch didn’t make any eye contact with the hooman and seemed very uninterested. The staff also told Jennifer that Pirate doesn’t like getting his lower back and hind legs touched because of his hip problems. 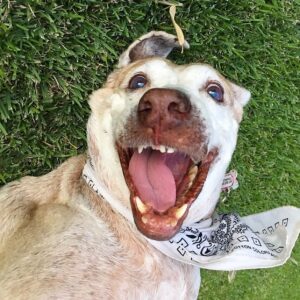 Jennifer already knew that she was going to adopt Pirate when her fiancé gets back to Hawaii. She even bought the doggo a new bed and some toys which Pirate didn’t really play with at first but eventually started playing with it and loved it.

After some time, Pirate seemed to trust Jennifer more. The hooman would always visit him every day and would spend hours together. As a sign of the dog’s trust in Jennifer, he would even allow her to pet his hind end!

Then the day finally came and Pirate was officially adopted by Jennifer and Dennis! The hoomans were so happy seeing the senior pooch become a happy and healthy doggo. At last, Pirate has found his forever family.

Woman Accidentally Turned Her Dog Purple After Giving Him A Bath